The Science Behind Forgiveness: A Therapy for Letting Go

“It is much more agreeable to offend and later ask forgiveness than to be offended and grant forgiveness,” said the philosopher Friedrih Nietzsche.

Forgiving might seem like the characteristic of the vulnerable but it is the virtue of the strong. Considering forgiving as a means of healing was just limited to the religious minded people and it was considered foolish. But in 80s Dr. Robert Enright, a developmental psychologist at the University of Wisconsin–Madison, discovered the scientific basis for forgiveness.

His experiment was published in the Journal of Psychotherapy.  It compared women from two groups, the experimental group undergoing forgiveness therapy for their emotional wounds showed more improvement in emotional and psychological health than control groups who received therapy without a forgiveness focus. 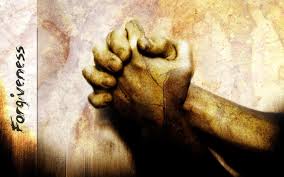 In one study, Charlotte van Oyen Wityliet, a psychologist, made her subjects recall a person who wronged them. As they relived their experiences by thinking about that person and his or her past offense towards, she studied their blood pressure, heart rate, facial muscle tension, and sweat gland activity. When people recalled a grudge, their physical arousal soared. Their blood pressure and heart rate increased, and they sweated more. Contemplating their grudges was stressful. It made them feel angry, sad, anxious, and less in control. Witvliet then told them to try to empathize with their offenders or imagine forgiving them. When they practiced forgiveness, their physical arousal dropped down. They showed no more signs of a stress reaction.

Enright’s forgiveness model has four parts: uncovering your anger, deciding to forgive, working on forgiveness and discovery and releasing yourself from the emotional prison. All of this takes place through therapist-patient dialogue.

It has proven to be affective, even in extreme cases. Take for example John Templeton, whose elderly mother was bludgeoned to death by an intruder, and, in part because of her death, his brother committed suicide. He practiced forgiveness and you’ll be shocked to see where it got him.

Read more about him: https://www.templeton.org/sir-john-templeton/life-story

Benefits of forgiveness based on scientific study: http://www.psmag.com/books-and-culture/tangible-benefits-forgiveness-97627

Previous Science behind dreams: Why do we forget them after waking up?
Next The Science Behind Competition