The Science Behind Hiccups

Ever caught your phrenic nerves getting irritated by various reasons that causes your diaphragm to spasm which makes you take short breaths and then it is obstructed by the closing of epiglottis? What I mean is, do you catch yourself to be the victim of hiccups often?

Of course, we all have. Also we are well aware of the ‘logic’ that follows,

‘Someone is missing you.’

‘Someone is talking about you.’

The solution is really ‘logical’ as well,

‘Say the name of a person who you think might be missing you,’

The hiccups don’t stop after going through a list of names belonging to people you really miss. Someone else’s hiccups come to a halt when they try it and you start questioning your very existence. It’s okay chill, today science will burst their happy bubble and their world of superstitions will come crashing down.

So what causes hiccups? Science answers,

When we inhale, the oxygen doesn’t directly land up in lungs, it flows past the pharynx, glottis, and then through the larynx.

This cycle is handled by a muscle that resides between the chest and abdomen. It moves down when we inhale, and then up when we exhale. It is the one and only diaphragm!

The phrenic nerves are in charge of the diaphragm. Any type of botheration to these nerves induces a spasm of the diaphragm. This spasm results in short, quick breaths that are then obstructed by the closing of the epiglottis (a flap that protects the glottis, the space between the vocal chords.) This botheration produces the sound we are well aware of; a hiccup. 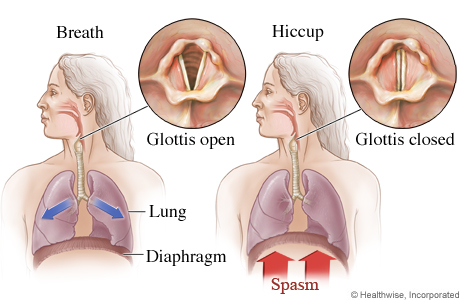 The irritation can be caused by

So, how do we get rid of these? Here’s what Plato had to say:

It can improve hiccups, done at home by irritating the pharynx through swallowing dry bread or crushed ice, or by applying traction to the tongue, or by stimulating the gag reflex.

Tripped out fact: Hiccups are only found in mammals. Age plays a major role; infants are more prone to hiccups then the elderly.

On a serious note if your hiccups are severe do not stick around and try to break the Guinness world record by Charles Osborne who had hiccups for 68 years straight! Run to a doctor, as it can be deadly. 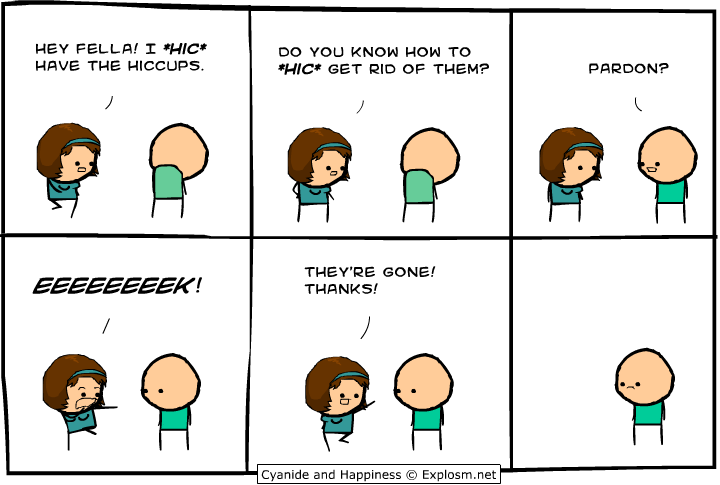 Previous Can We Play With Energy?
Next The Science Behind Addiction