The Science Behind Love

How awesome would it be to have a formula for making people fall in love? Turns out that there is a quantifiable explanation for how love actually happens. So let’s dive into the science behind this complex and often frustrating phenomenon.

The brain has a part/segment called the hypothalamus that produces dopamine, oxytocin and vasopressin, all of which are really vital components for making people fall in love. The Hippocampus, medial insula and the anterior cingulate cortex are the parts which all combine and release a hormone that induces a sense of reward and LOVE!! 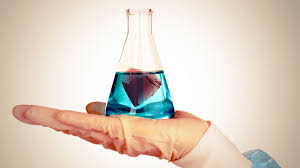 So to put it right, there are like 5 important scientific aspects required to be followed in order to fall in love:

So much for science, love and the brain.

Previous The Science of Stupidity: Why being stupid is not always a bad thing
Next Can We Play With Energy?