The Science behind Racism: Nature or Nurture?

Racism exists in all paths of our life and, needless to say, is the most prevalent form of discrimination existing in our world. It is not just cultured by the ‘racially superior’ on its inferiors but works in mutual acceptance where even the ‘racially inferior’ feel that their inferiority is meant to be.

Why do such differences exist? What gives us these classes in the rungs of species? Is this integrated into our genes or culturally constructed?

Before we try to answer such questions, we need to explore the very origin of different types of races- where did they come from?

Rummaging through the pages of our history, we find the cradle of humanity to be Africa. Through several ages (let’s not get into dates), we moved into the different continents. The Europeans, they explored the Americas and the Russian part of Europe and bred with the Neanderthals living there. On the other side, the Asians moved on to the UAE and regions of the Middle East.

Our different skin tones are a result of our adaptation to the climate that we were exposed to. Europeans had a lighter skin tone due to their cereal rich diet which decreased the amount of Vitamin D in their body which made them lose their dark skin pigmentation. So, it is these different diets which made changes in our skin tones after all.

Is there a difference in our physiology due to our races? 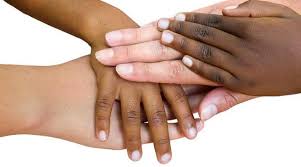 So why do we stratify between races?

Historically speaking, the discrimination among races started from the Spanish Inquisition of 1480 when a purity of blood decree was established and those converting to Christianity needed to prove their Christian origins. This was further propagated during the holocaust when millions of Jews were executed by the Germans on the principle of “genetic inferiority”, misinterpreting the genetic validation theories put up by Herbert Spencer and Charles Darwin.

This tells us that the idea of race is one which is purely culturally manufactured and integrates itself in us as a giving of learned behaviour. In fact, the solution to this discrimination also lies in our socialisation. If we teach our children the realities of race, if we manipulate the racial influence on all what we see on our TV screens; we are taking small steps towards erasing these stigmas.

Lastly remember, there exists only one race- the human race.