Scientists recently discovered one of the most massive black holes that have been observed till date. This is a literal cosmic monster, which just does not stop sucking the gases, matter and light around it. On the other hand, do we have actually have to be afraid of it, or can we learn more about the Universe through it?

This supermassive black hole has the least amount of matter condensed into it, which contributes to the immensity of its size and the colossal power of the same. This black hole is an example of the afterlife of a star, as it explodes and invariably forms this cosmic monster.

Now, consider the sun, the source of light and life on our little, homely planet. The amount of energy and light that the sun provides us with is enough to sustain the huge diversity of life on our planet. Without the sun, we would be merely emerging microbes on the surface of a primitive rock floating aimlessly in outer space. On the other hand, imagine a cosmic structure which is 12 billion times as massive as the sun! I’ll let you imagine and come to terms with that for a minute… 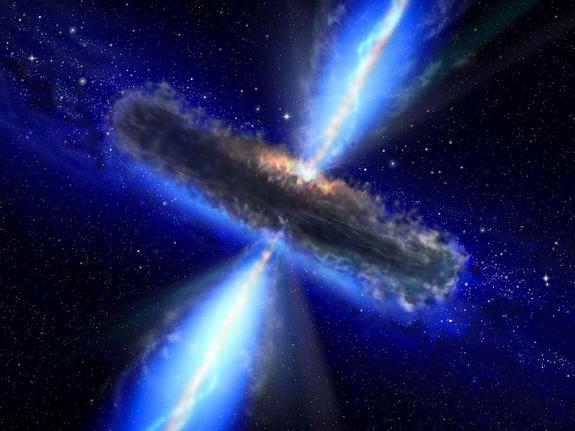 Tripped Out Fact: Quasars are essentially the brightest objects in the entire Universe. They are powered by supermassive black holes which release huge amounts of gas, X-rays, UV radiation and other spectra, forming a bright jet of light and gas which shoots out into space. They are essentially brighter than whole galaxies and act as lighthouses in the cosmic ocean.

The supermassive black hole which inhabits the center of this ancient quasar has been named as SDSS J0100+ 2802, which was discovered by a team of scientists from around the world, lead by Xue-Bing Wu at Peking University, China, as a part of the Sloan Digital Sky Survey.

Tripped Out Fact: The Sloan Digital Sky Survey, also known as SDSS, is responsible for creating the most detailed maps of the Universe in the form of 3 dimensional models. They also specialize in surveying the age and expanse of the Universe by mapping Quasars, conducting mapping of both hemispheres of the Milky Way galaxy, and understanding the inner workings of several nearby galaxies.

Though this giant is the biggest one that has been found in the history of space exploration, it seems to be astonishingly young, as it is only about 12.8 billion light-years from Earth,  which essentially means that it was formed about 875 million years after the big bang when the universe was only 6 percent of its age.

Wu and his team were unable to recognize it at first as the bright glow made it look like any other star due to the distance. On the other, the Hubble telescope was able to pick up the huge shaft of radiation, matter and light that the giant was emitting.“This is the biggest monster we’ve ever detected in terms of luminosity, it’s about 40,000 times as bright as the entire Milky Way”, says Avi Loeb, chairman of Harvard astronomy department. 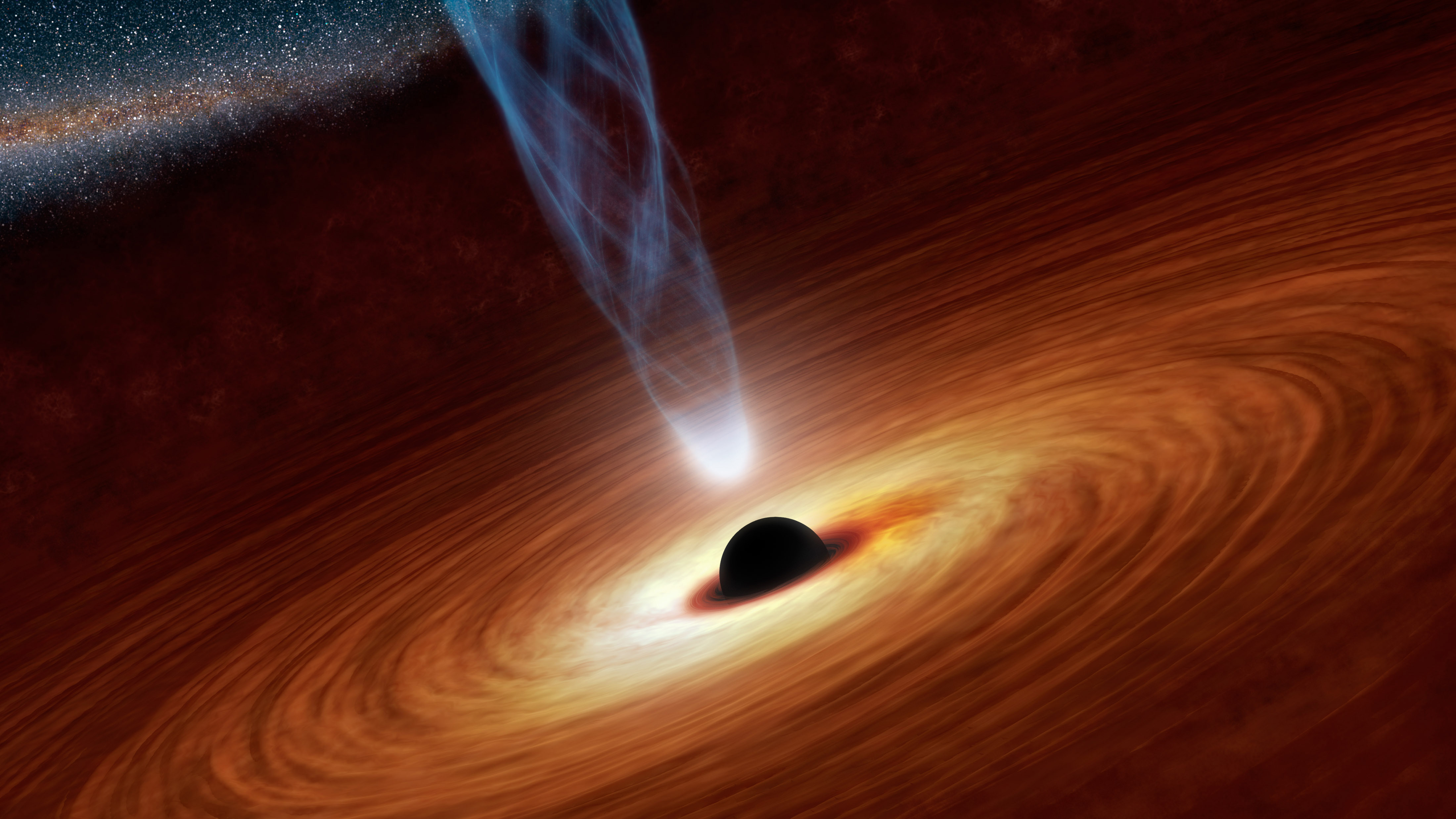 The strange part which makes this black hole this massive is the giant Quasar, which is also known as “quasi-stellar radio source”, which signify them as star-like emitters of radio waves.  Scientists are still confused as to the characteristics of this quasar, owing to the fact that even though they have discovered more than 200,000 quasars, with ages ranging from 0.7 billion years after Big Bang to today, none of them have been as luminous as this one. This one had a ‘Red Shift’ of 6.30, which placed it at the threshold of the early Universe.

“This quasar is very unique,” said Wu. “Just like the brightest lighthouse in the distant universe, its glowing light will help us to probe into more aspects about the early universe”.

Scientists were especially taken off guard when the existence of this cosmic giant defied all prior theories that they had about the cosmos. The most bewildering fact is how did the Quasar become so large in such a short time. The giant quasar is responsible for the slow movement of the galactic clouds around its central black hole, which emits a luminosity comparable to approximate 400 suns. 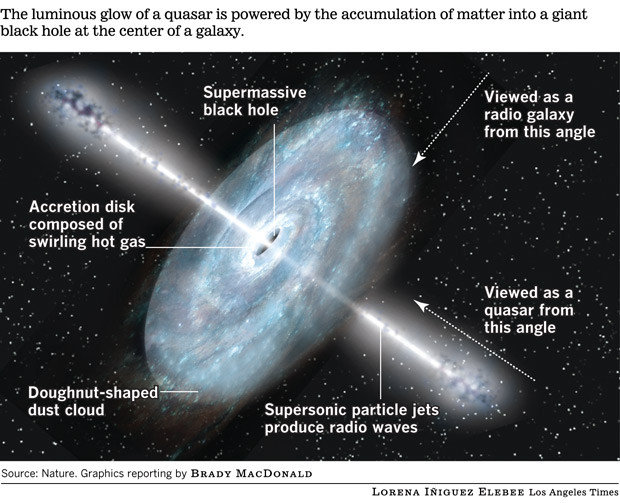 According to scientists, the supermassive black hole in the middle of the large Quasar may have been formed when two galaxies collided together and the black holes at their centers merged to form this massive giant. As this giant ate the gases and matter around it like a hungry, volatile giant, it soon overloaded, owing to which it shot out all the contents which it had eaten into space, like an intergalactic beacon!

This large quasar and the immense luminosity of this giant can help us understand the very nature of the Universe. By using this quasar as a lighthouse in the cosmic ocean, we can uncover several mysteries of the early Universe. Who knows what we may find in the deepest, darkest corners of the Universe and what present-day theories we may have to change or modify owing to our exploration.