Communicating with Animals: The Voices of the Primal

We humans can easily communicate with each other. We just need to punch some keys on the device and the message will be sent and received in a fraction of seconds. The convenience of communication in the age of today has become a sort of mask on our approach towards each other as well as the beings around us. This is due to the fact we have taken for granted the subtle nuances of communication to such a large extent that we have started to ignore the depth of this intricate process of information transfer that happens between us and the environment around us. For instance, do we even know how intricate the communication between animals is? Do we even know the depth as well as the inherent vastness of the information transfer that happens between animals? Animals also communicate among themselves, like we do. We need to be awed at the way in which they send and receive messages as well as images to each other without speaking a word or without even punching and running their fingers on some touch enabled devices. They communicate with the help of their intuitive powers and minds. Animals also communicate with humans. They respond and communicate very precisely to our body languages, display of color, expressions and also our actions. I did some experiments to dig out information related to communication between humans and animals. 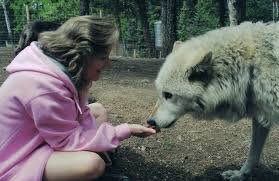 Almost 4-5 dogs are always chilling out in my street. So, I tried to learn about their responses with various factors and decided to see how their reaction towards colour display would be. So one fine day, I crossed the street and came back to my home. I was walking with earphones plugged in during this time and hence, not a single dog took notice of me.

Next, I put on some black clothes, along with a black hat. I also tied a black handkerchief around my face. Then, I stepped onto the street. I had hardly completed 10-12 steps and all the dogs reacted. They responded with their harsh barking, due to their sudden alarm at my attire, owing to which their brains must have latched onto some particular stereotype, mistaking me for a thief or a burglar of some sort.

This is a keen observation which points to the fact that even animals have a large sense of their everyday environment and also possess the subtle ability to assign and attribute meanings to the various objects as well as the beings that they come across in their everyday reality. This is where the line between humans and animals starts to blur, owing to the fact that all living beings do share a diverse system of communication, with differences in the ways in the modes as well as the complexity of each respective mode of communication.

Experiment No. 2: Canine Encounter in the Garden

I always go for a morning walk in the garden at the end of my street. While taking one of these nature walks, I came across a dog which instilled me with the purpose of trying to actually communicate with it. So, I decided to design an experiment around it in order to understand the intricacies of the same. I went and stood before the dog and tried to invite him over to me by waving at him, just like we do with our friends. But, he got scared and started to run the other way, owing to the fact that it was apprehensive towards. This sort of apprehensiveness amongst most animals towards humans may, in fact, be directed towards the inherent gap of relatability that arises between the two species because we have not been able to tap into the form of communication that they utilize.

On my next round, I found him sitting in the corner. I stood at a far place from him, like 10-15 steps away. I tried to say some words in my mind to him. I said ‘Look here’ and repeated this phrase several times. After some time, he looked at me and proceeded to continuously gaze at me. Thereafter, I used my hands to call him. I also repeated the words ‘come here’ in my mind also in order to strengthen the new bond of communication that I had just discovered through the dog. He responded and he stepped towards me, thereby sealing our first contact through the abstract realm of communication.

Experiment No. 3: With pigeons on the roof

Now I moved forward to do some experiments with birds, with their ever flowing tunes and the intricate design of communication through notes and tones that they have. Before I started the experiment, I ran to the shop to get some bird food. Next, I headed on to the roof. I offered the food to the birds and invited them with words ‘Aao, aao’. After about an hour, some pigeons appeared to fill their tiny stomachs. After some couple of minutes, I began to talk with them. I considered them as my students and started to lecture them on the subtle nuances of the essence that is mortal life. Gradually, I stepped towards them with my lecture as I sat on the floor, to which they responded with warm acknowledgement. Even though I continued babbling in incoherent tones, when seen from the perspective of the pigeons, they did not fly away but attended to my presence very politely. They used to resort to certain gestures like head bobbing movements in reaction to some particular thoughts of mine. This immediately helped in strengthening my connection to these birds, where my mind somehow extended out to them in such a way that they became a part of my perceptual bubble.

Not only experiments but also some of my experiences in the past make me want to believe that birds and animals communicate very fluently and even in better and more advanced ways than us. I still remembered those days when I also had a pet Russian pug with whom I used to play catch, hide and seek, ball games and so on. She was too smart and always communicated with me in a very subtle and intimate way. They mostly use their initiative senses to communicate. They give their replies according to our body language, colour, expressions, vibrations, rhythm etc. 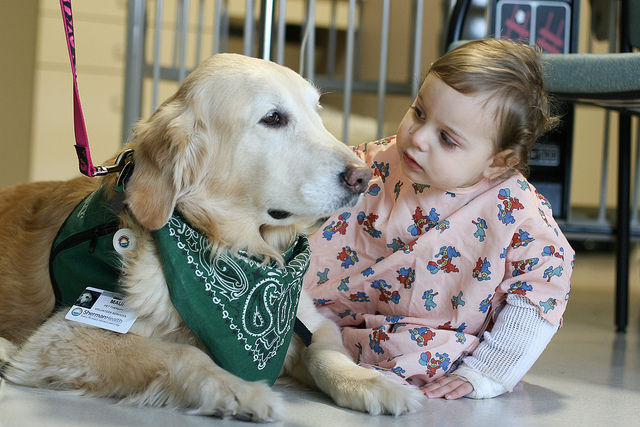 Let’s try to add some more flavors to the dish. The Golden Retriever is a large sized breed of dog which is commonly used as ‘therapy dog’ in foreign countries. These therapy dogs have characteristics like a calm demeanor, gentle disposition and friendliness towards strangers. Some colleges and universities in the United States bring therapy dogs to the campuses in order to help students de-stress. This has been seen to have a massive success rate.

In a similar way, snakes don’t have ears but they respond to vibrations and rhythms. Snake charmers play some tunes on their musical instrument i.e. pungi, and the snake subsequently responds to the vibrations created by the music. Various tunes boost diverse bass rhythms amidst the vibrations. That’s why sometimes snake dances and snake stand and sway like a disciplined servant and treat snake charmers as their masters.  The hissing sound pronounced by the snakes is their language. There is a rare community of humans which spoke parseltongue to communicate with snakes. 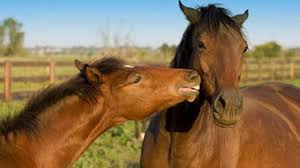 Have you ever wondered what a horse is trying to say to you, or maybe to another horse? Horses use their body language and vocalizations to communicate with each other and to the people around them. To understand a horse’s behavior and language, we will have to understand the horse’s eyes, ears and facial expressions, we need to observe how horse’s ears are positioned, we need to understand the horse’s legs, posture and voice, we will have to clearly listen to what noises the horse makes. In addition to this, we also need to understand how a horse has his head positioned, how it moves his tail and how the horse’s neck looks and feels, among other things, in order to understand and comprehend the innate feelings that it has.

All these experiments are in turn a testimony to the fact that we need to start treating animals with much more respect that we do at the moment. We need to read between the lines of body language and overall demeanour of the animal in order to understand the inherent aspect that it is trying to convey. Imagine the world that would be open to us if we just consider the important fact that animals are not inferior to us, that they have their own world of complicated gestures and vocalizations which can open up us to a whole new world of possibilities.

Previous Extrasensory Communication: Telepathy, the way of the mind!
Next Talking without Speaking: Communication in the Void