5 weird beliefs on Menstruation that are prevalent in India

Shreya Patwa November 10, 2015 Deep Trip Series, Listicles: A Tribute to the Weird and Awesome World around us 2 Comments 7,307 Views

Society, the biggest critic and the greatest judge. From our very childhood, we are taught to abide by the laws and norms that society has built for us. As girls, our heart screams to break free from the myriad rules and regulations that chain us, but in the end we just have to learn to settle with what we have. In each and every sphere of life, there are customs which have been forcefully imposed upon us. Indian society runs rampant with baseless beliefs that serve no purpose but to feed the superstitious minds of the individuals who live in constant fear. Who would have thought that menstruation would be the cause of fear and repulsion? There are many rules regarding menstruation which are just a by-product of the greed that this male dominated society harbors within itself. Here are some of them;

1. Women should not enter the kitchen while menstruating.

This is one of the most prominent customs in India. But very few people know that in olden days, women were advised to stop working during menstruation period so that they may get adequate rest and comfort by avoiding the strain and stress that comes along with kitchen work. Women were not allowed to work in the kitchen so that they may get proper comforts, but inadvertently, the less informed minds of today turned this into a twisted custom by bestowing superstitious belief to it. The belief is so deeply ingrained into the minds of men as well as women in today’s society that many of them refuse to eat they food which has been touched by a menstruating woman. Now, that is some deeply misplaced paranoia right there! 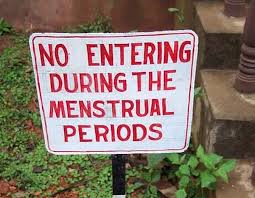 Yet another ill-belief that inadvertently spread due to the misplaced sense of divinity that high-class society of priests and brahmins harboured in the ancient periods of Indian history. This has been followed as a belief till now, where women willingly conform to the belief that they are not “pure” enough to visit the temple during their menstruation phase. On the other hand, if we dig deeper into the ancient annals of Indian history, we see that a much more understandable belief prevailed during those ages.  It was considered that a woman was in her purest form while menstruating, due to the reason that she is like a full-bloomed flower and is at the peak of her ability to bear an offspring.

Tripped Out Fact: Along the lines of this particular belief, the female vagina is worshipped in a temple in Eastern India. This temple, dedicated to the bleeding goddess Kamakhya Devi, has a large structure shaped in the form of the female vagina. It is a sign of fertility and abundance. On the other hand, the great irony lies in the fact that even this temple does not allow menstruating women to enter. Now that’s some first-class Indian hypocrisy right there! 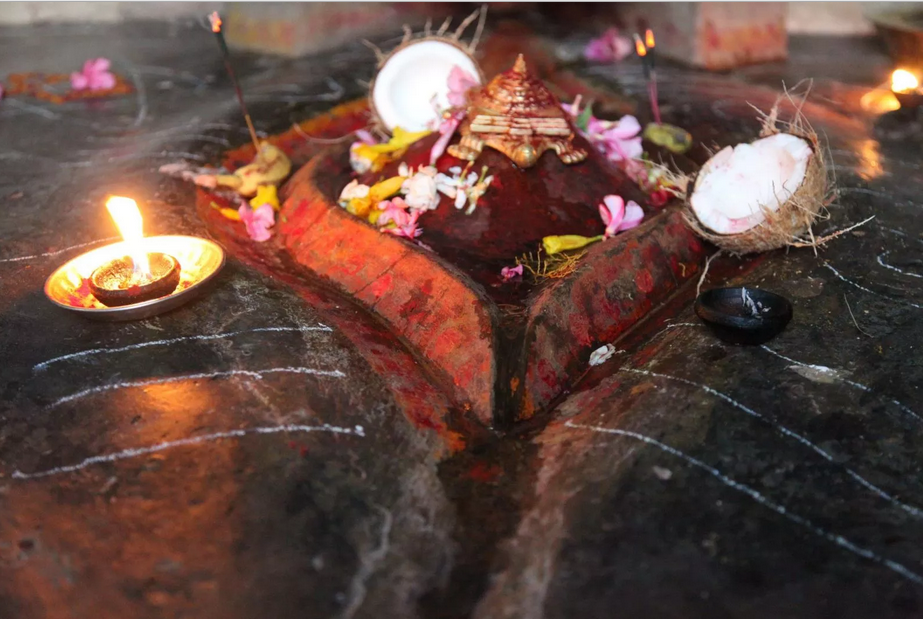 3. Menstruating women are impure and can spread their “evil”

How can a quintessential biological phenomenon, one which resonates with the aspects of birth and fertility, be associated with the disease and impurity. Strangely enough, in remote areas of the country, women are not even allowed to touch their husbands while they are menstruating. They are made to sleep on mats on the ground away from their husbands, irrespective of the season and the conditions which she finds herself in. They have to eat in separate utensils and even refrain from feeding anyone. This extent of isolation, which is seen amongst patients who have been quarantined due to communicable diseases like the Bubonic plague, does not even seem to elicit a comprehension of the intricacies in the minds of the perpetrators who practice this custom.

4. The red stain is synonymous with the sign of evil, impurity and repulsion

As a woman menstruates, the inner flesh of her uterus begins to disintegrate and comes out in the form of a fleshy pulp, which is known as the menses. This lesson in biology is just to remind people that it is a common biological process which is inevitable in a healthy fertile woman. On the other hand, the common belief in society is that the red stain is an impure sign which should be hidden from the eyes of everyone. Imagine a society where showing a bit of blood on the person is considered a sign of witchcraft or black magic. Well, as absurd as this sounds, the belief about menstruation is analogous to this. It is high time that we start accepting women and their biological process as a part of nature and its beauty, rather than condemning them on the grounds of impurity.

5. Menstruating women are not allowed to eat certain foods and perform everyday duties

Then, there are the hilarious beliefs and customs which take the cake when it comes to treating menstruation as a a malady. Among some of these customs and norms, there are beliefs that if a menstruating woman waters a plant, it is destined to die. Moreover, it is also believed that menstruating woman can spoil foodstuffs like pickles just by a mere touch. It is one thing to attribute supernatural, almost voodoo-oriented powers to menstruating woman, but another thing to claim that they are capable of destruction just because they are going through a biological transition. Maybe, it’s time women used this “supernatural” power to break the chains of these baseless norms and embrace the differences and diversity within their bodies.