Can we exist and experience reality outside the bounds of our body?

Can we exist as perceptual beings outside our bodies? Can a part of our consciousness exist beyond our bodily limitations?

There are aspects of reality where science has not tread into, namely the obscure layers of perception which exist beyond our 3 dimensional existence. This is where reason meets complete chaos, and the aspect of infinite possibilities of existence rings true. But, if science has not tread into these areas of obscurity, how do we even know about the deeper layers of our reality? How do we know about the limited perception that makes up our 3-D reality? Well, that is where pure and raw experience takes the center stage. There are people who have mastered several techniques in order to explore the immense potential of their consciousness, even beyond the limitations of our plane of existence. This may sound a bit offbeat, essentially swerving on to the psuedo-metaphysical realms of exploration. But, just to put things into perspective with regards to this question, lets take some examples into consideration. 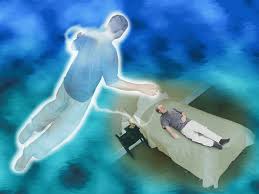 You may have heard of people who claim to have exited their body for brief periods of time and actually hovered over their physical body as they observed themselves lying motionless in the 3-D realm. These people also claim to have come across bright lights as well as several inter-dimensional entities during their brief out-of body experience or OBE. If we are to dissect this aspect of our consciousness through the analytical eyes of science, we would have to start at the concept of proprioception, which is essentially the awareness that you have of your body through the stimuli that you get from motion and equilibrium within your physical shell. What if we lost all sense of proprioception, causing us to delve into the illusion that we have no body. This is when the brain goes into overdrive mode (or crazy mode depending on what you visualize). The brain is tricked into believing that the physical shell that it is encased in is no more, owing to which it tries to project the consciousness arising from it into another dimension. Sounds trippy, even a bit weird probably? Well, the phenomenon of loss of proprioception has been observed in several instances such as near-death experiences, in sensory-deprivation chambers, and through psychedelic substance use. 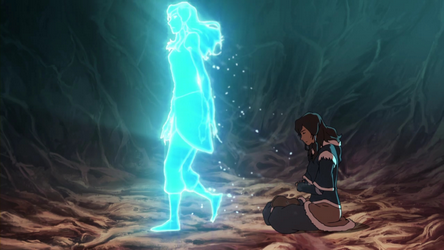 In other words, your brain has the power to project consciousness beyond the body. This may be induced through sensory deprivation or psychedelic trips (the easy way), harrowing accidents (the hard way), and lastly, through practice (the hardest way). If one has experienced this state of consciousness where one is not limited by the body, he/she can train their brain to replicate this state of consciousness at will. Essentially it all boils down to how and where you project your consciousness to. Just as you project your thoughts into external reality, one can also project consciousness to higher dimensions of awareness. This is where practices such as astral projection and astral travel come in. Astral projection essentially involves the projection of your consciousness as a separate entity which can then travel in realms beyond those which are accessible by the physical body. Even though science has just started looking into these phenomenon, there are several correlations and first-hand experiences that point to the infinite possibilities of projecting one’s consciousness outside the body.

Check out some videos which could help you learn the art of astral projection in the section below.

Previous Can we be free of the illusion of time?
Next Mysterious Sleep Epidemic in Kazakhstan: A village that can’t stay awake!