The Saviors of a Crumbling Structure: The TIDE Foundation

The education system today is in shambles. Don’t believe me? Well, look around you, how many “educated” people do you see? No, not those engineers, technicians, managers, and bankers that you see around. If you look closely and observe one of these specimens, you will see their mechanical movements take form in front of you, as they vomit out intellectual and technical jargon like a cement-churning machine. These are not educated individuals, folks! They are in fact machines that have been painstakingly programmed through the years, with every single word and syllable. Yes, they came out of a factory, just like they work in right now. There are institutions that do this for a living, constantly breeding mannequins and robots that are taught to constantly indulge in pre-planned shows for mass audiences.

What? You, haven’t seen one of these machines before? Well, look at yourself in the mirror once. Then, write down a paragraph of your favorite scientific theory on paper. Now, hold it up and read it out loud. Observe yourself as you read the theory and you will soon find yourself transforming into a regurgitating machine. Yes, I am really sorry, but if you have been through the same education system that I have been through, then you are a machine, just like me. We are sentient beings that are on the production line towards depravity and half-baked knowledge.

But then again, you can only cry about it so much. There are some machines out there who have got out of their shells and collaborated together to form communities that are reared to bring down this system for good. One of these communities is TIDE Foundation. TIDE stands for Together in Education and Development. In order to satiate my burning desire to see the education system of today fall, I wanted to understand what the essence of change was in this particular dimension as a whole. One interaction with the individuals at TIDE propelled me on a journey into the essence of the power that communities possess as far as causing a paradigm shift is concerned.

I will now narrate the story of a truly inspirational initiative, one which has the potential to cause an immense change in the way the world functions. Born out of the ideas of four individuals from different backgrounds, TIDE originated as an amalgamation of various perspectives and attitudes. One of them was a researcher in the field of biochemistry and had done some essential research in the fields of cancer and Alzheimer’s disease. Another one of them was involved in the formation of college-based alternative education and wanted to enable a change for college students to envision something beyond the bounds of normal programmed hierarchical models of education. The third individual was involved in the development of communication and soft skills courses for children in orphanages. The fourth individual was a teacher in a private school who was not satisfied with the present scenario that existed in the educational system.

All of these individuals got together, with their varied professional backgrounds in order to address two important problems: quality of education and access to education that exists in the present age. These two problems were like those nasty germs that gnaw at the root of a dental structure, eating away at its very foundation itself. A lack of quality is the reason why machines are being churned out and programmed for mindless labor, while a lack of access has been associated with the considerable lack of opportunities that children in rural areas have as far as education is concerned.

An Abstract View of the Machine

Imagine looking at the world like a ghost, envision the objective view that you will gain from this experience. While looking at the various ways in which the world functions, you catch a glimpse of the workings of the governmental organizations as they churn the mill of decadence and inch the world closer towards a standstill. While going over the bribe-taking officers and other corruption, you come closer to another “industry.” As you peek into the window, you catch a glimpse of a concentration camp. This is a place where individuals are not killed but are brought into chambers and fitted with invisible pipes that channel loads of junk into their heads, which are prepared by old slavers in the confines of their obsolete rooms. You also observe pipes attached to the heads of these old people, as you follow these pipes to the layers above, you see that they constantly keep going above into levels and filters and end up in a room that contains men in coats. Some of them cover themselves up with layers of suits and appear like businessmen, while others have worn religious cloaks. These individuals sit there, complacently staring at scripts written on scrolls and ancient stones, and draw large black marks on the writings, cutting off parts and lines, and almost maligning the entire structure of the writings themselves. They then dump it down the pipes into the minds of the ones who lie below in the hierarchical ladder, awaiting their chance for consumption. 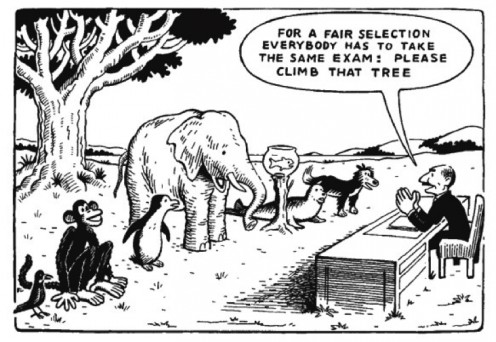 Well, once you have seen such a site, it is very difficult to come back to reality as a normal machine. Textbooks and study material everywhere has been maligned through the ages, owing to political and religious pressure, where knowledge has been tailored for profit and conformity. The members of TIDE have caught a glimpse of this hierarchy and are doing their part to change the system. They have defined two basic ways for causing a massive change in the system. One of them is done by tunneling into the system in a discreet way, while the other mode is to create a whole new stable and sustainable system that is built to last.

The first method that they have used is the creation of study material and modules that are completely different from what the corrupt annals of the education system “preach”. These modules consist of material that is more focused on scientific expression and communication skills, which are created in order to facilitate the formation of thinkers rather than machines. At the same time, they are also creating a system that is sustainable by giving a platform for individuals who have just got out of the education in the form of fresh “products” and channelizing them into teachers and educators who can show students the way towards a better and more holistic system of education. Their teacher training programs and modules have been integrated at various places in the system in order to create essential changes from within the hierarchical factory model that education seems to follow at this point in time. 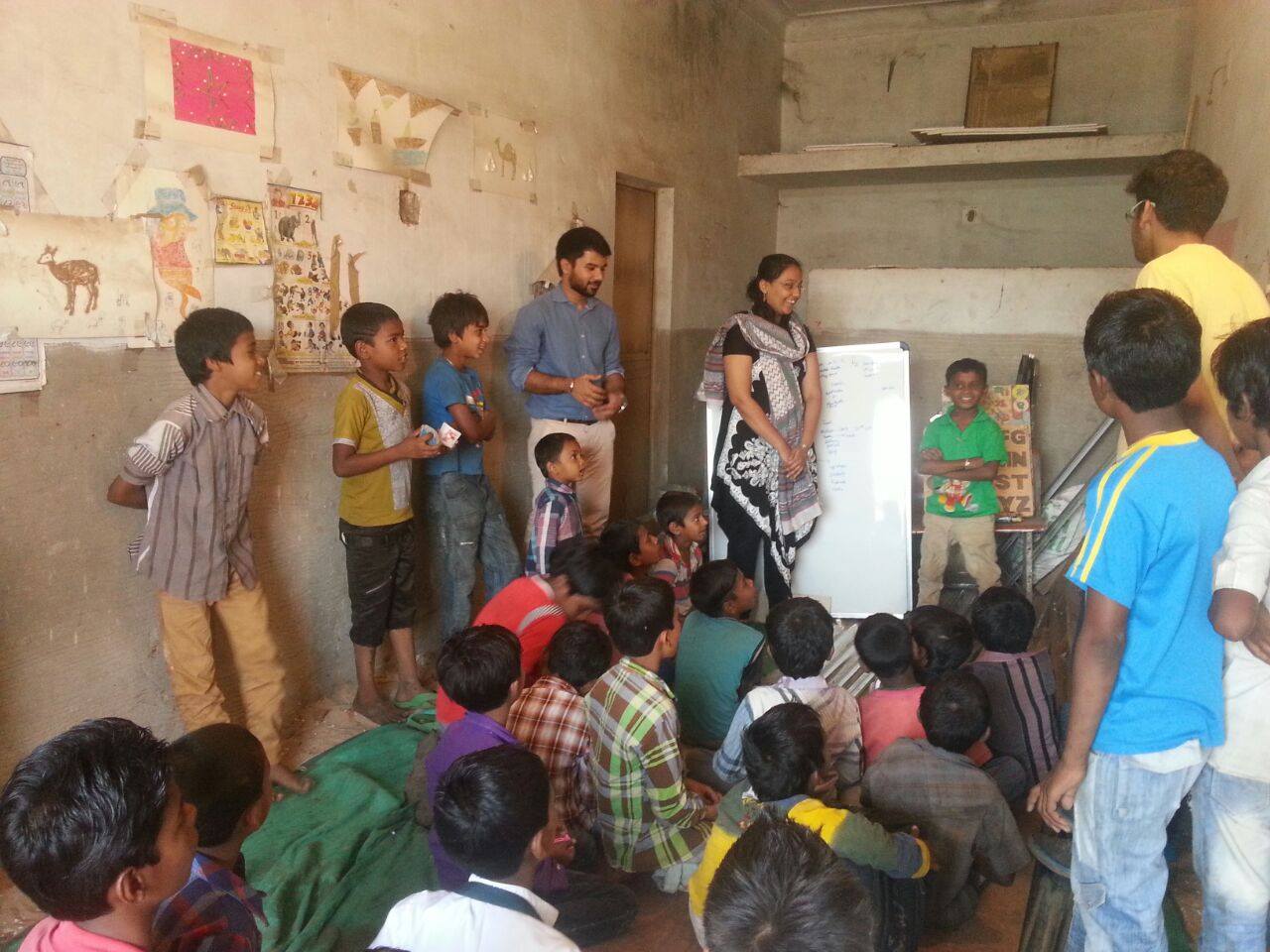 One of the main areas that TIDE is working on is the education of rural children by giving them access to proficient modes of education. They go to slums and villages, like the messengers of yore, with a scroll that could uplift one of the largest plagues in society today: illiteracy. The important aspect, in this case, is that each of these rural communities is given the chance to create a better future for themselves by making use of the new and improved modes of educational architecture that are being put into place.

What remains to be seen is that whether individuals from all walks of life, be it a scientist dabbling in quantum physics, or a musician exploring the inner recesses of a creative flow state, are able to transcend beyond the realms of their profession and see what the world truly is all about. The need to create an education system that is designed to break the perceptual bubbles of individuals all over the world so that they have access to the huge store of information out there, which is right in front of them.

Previous Reestablishing the Community Radio
Next The Creative Commons: Sharing Creativity in the Public Domain since 2001 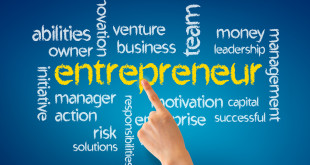 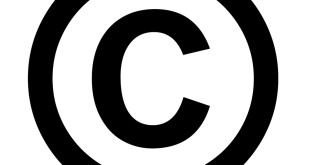 The Creative Commons: Sharing Creativity in the Public Domain since 2001