Does Ahmedabad, the soil of business, lack what it takes to be the entrepreneurial hub of India?

Every place has a unique entrepreneurial flavor and Ahmedabad is no different. Ahmedabad is the epicenter of Gujarat, the western state of India. Gujarat is often referred to as the soil for business and all Gujaratis’ are generally considered to inherently know the language of business.

Indeed, Ahmedabad and Gujarat as a whole demonstrate a beautiful entrepreneurial history. Gujarat quickly established itself as a commercial leader in the independent India and by 1970 it ruled all industrial sector businesses such as textiles, chemicals, petrochemicals, pharmaceuticals, dairy, diamonds and jewellery among others. The businesses flourished further with the advent of technology and essentially expanded to all sectors. The best testament for Gujarat’s business potential is that today the state stands 1st in World Bank’s ‘ease of doing business’ India rankings 2015. In other words, Gujarat is considered the most investor friendly state of India. Gujarat falls at 15th place in the ‘Global prosperity Index 2012’, out of 142 nations surveyed worldwide by the public policy Legatum Institute in the UK. 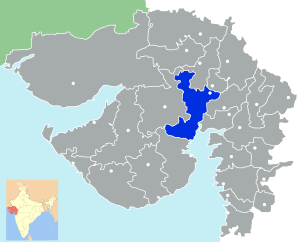 In 2013, 300 start-ups in India raised $1.6 billion from venture capitalists. Only eight of them were from Gujarat. In 2014, the venture capital investments in India rose by 48% and reached an impressive $2.1 billion, however no significant rise was seen in Gujarat-based investments. In general, Ahmedabad has not been the favorite destination for venture capitalists and cannot be considered a rising entrepreneurial hubs of India. We at Agora (or Sundays @ THC) on 3rd of November 2015, intended to delve into the reasons behind it. 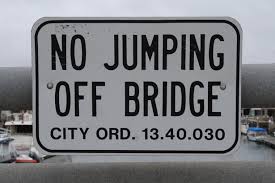 Ritam Bhatnagar, founder of wWhere, incubated at CIIE, IIM quoted the lack of advanced technological talent as one of the main factors towards limiting venture investments in Ahmedabad. ”There is a void in terms of talent in Ahmedabad, because of the lack of booze I guess”, he laughs, further adding, ”I had to consider Bangalore based applications for my company in the past and the hard fact I had to face was people were reluctant in moving to Ahmedabad”.  He adds, ”There is hard work here, there are long work hours driven by ownership, but people are somewhat innovation-restricted”. Adding onto the point of innovative capabilities of Ahmedbadis, Abhishek Doshi, co-founder of Gridle, also incubated at CIIE, IIM-A, admitted that ”while the risk-bearing capacity is something that we have learnt from our Gujarati culture, we also see some sort of opacity in trying out newer ideas. And this opacity probably rises from the extreme risk-management qualities that have been ingrained in the mindsets of our people over the years”. ”An established pathway, proven repeatedly successful in the past, is hard to deviate from”, he smirks, ”but a balance has to be achieved in today’s scenario”.  But everyone agreed that the atmosphere is changing and with more and more people listening to their creative sides, the societal norm is slowly fading.

”Is communication also a problem?”, raised one of the attendees’. There are people with new ideas, but Gujaratis might find it relatively harder to communicate those ideas to the investors and the society at large. With English as a dominant language in entrepreneurial ecosystem of India, a language barrier perhaps limits a harmonious dissolution of Gujaratis in it. Mr. Savan Godiawala, however, had to intervene saying, ”Language should never be considered as a barrier, it is the passion underneath the idea that speaks. Language is a mere convention that does not play a major role.”  He affirmed that Ahmedabad is rising, and he absolutely believes that Ahmedabad holds a throbbing potential to become one of the best entrepreneurial epicentres of India.

However, we want to leave this question open-ended and want to ask our fellow Ahmedabadis and Gujaratis –  Does Ahmedabad, the soil of business, have what it takes to be the best entrepreneurial hub of India?

Previous Evolution of Entrepreneurship: The Transition
Next Do you have what it takes to be an entrepreneur?