Evolution of Entrepreneurship: The Transition

Entrepreneurship is not just a process of starting a business, it is more along the lines of a way of life in itself. On the other hand, entrepreneurship had more humble and bleak beginnings, with more emphasis on money-making rather than watching an idea flourish into a larger reality. The concept of entrepreneurship started from the time of agriculture and has developed majorly till date. The study of entrepreneurship reaches back to the work in the late 17th and early 18th centuries, which formed the foundation of classical economics.

It all began, in the Renaissance period, when the major part of the population had a very small income and only a small part of the population had the privilege of earning a large income, which they in turn used for investment and for building their business. The workers and craftsmen of those times learned their crafts thoroughly and developed their skills in order to utilize them for the prospect of higher wages. They utilized their power, which they nurtured through practice, in order to make a profit through their craft-form. Thus, they adopted a mind programmed for business, by developing their skills and utilizing the same to gain maximum profit. This gave rise to developed commerce and trade expansion.

During the times of the industrial revolution, entrepreneurs would use their skills to invent, sell and then move on to the next invention. The main motive of this cycle of invention, selling and progressing, was to secure capital for risky and large scale ventures. In this era, technology for communication, transportation and production advanced to quite an extent as compared to the previous years, which helped the entrepreneurs develop and sustain their business. 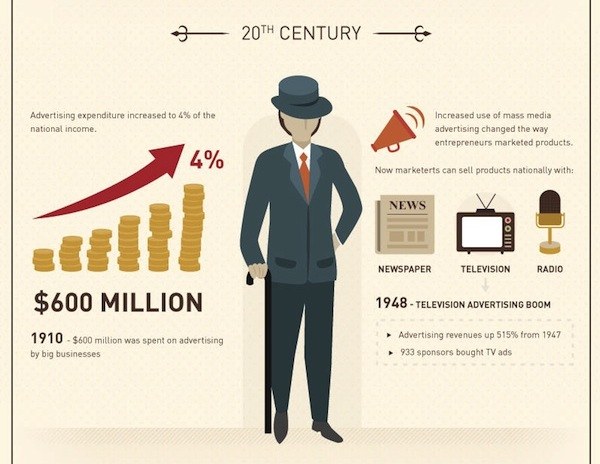 The prospect of entrepreneurship progressed and transitioned into bigger and better horizons, until the ideas of people in different dimensions collided and resulted in the formation of a huge bubble of novelty. The repercussions of this became evident in the 20th century, when mass media became an important tool for entrepreneurs. They used it for advertising their products or services, which gave them access to a much larger base of interested consumers than was ever possible before. In this era, media changed the way in which products were marketed. Entrepreneurs started using mediums like newspapers, televisions and radios for marketing their products or services.

In the latest information age, where personal computers have been developed and media is used to market about the products, entrepreneurship has evolved to an unprecedented level. The advent of platforms like Amazon, Flipkart, and blogs like this one, entrepreneurs can use the Internet to garner more attention. There are also specific platforms which are designed for entrepreneurs to develop their business and reach out to more people who they would want to reach out to. Along with these myriad means of advertising, the competition in the market has increased too, there are many entrepreneurs having innovative ideas just waiting for implementation. Nowadays, the business is built up with the motive of selling it at a better price.

Throughout all the eras, money has remained a consistent reason for doing the business. Though the ways of doing a business has changed, every idea revolved around earning more money. But today, entrepreneurship has more opportunities than the early times.  Now every individual with an idea can become an entrepreneur, offering products or services which were unheard of in the preceding years. even though money is the driving force behind the ventures which the entrepreneurs of today are pursuing, they enjoy independence and flexibility in business, which increases the innate productivity of the same.

Hence, the transition in entrepreneurship has been from an age where entrepreneurs had to develop and apply their skills in order to earn their daily bread, to an age where a single click can manifest an idea into a whole business in itself. This transition is just the start, as technology continues to advance at an accelerated rate and the limitations and boundaries continue to dissolve. Soon, infinity would be the limit and realizing your dreams would just be another day in the life of an entrepreneur.

Previous On the aim of Entrepreneurship in India
Next Does Ahmedabad, the soil of business, lack what it takes to be the entrepreneurial hub of India?