Extrasensory Communication: Telepathy, the way of the mind!

Telepathy! Did you know that humans use only 10% of their brains (well some people really prove that). Anyways getting back, the function of the remaining 90% of the brain is hidden in a shadow of doubt for most scientists. We have not been able to trace the subtle intricacies of the mind and its working on our external reality as a whole. Considered as a form of extra-sensory perception or anomalous cognition, telepathy is often connected to extrasensory phenomena such as precognition, clairvoyance, and empathy.

Western scientific investigation of telepathy is generally recognized as having begun with an initial research program at the Society for Physical Research. This concept was first published in 1886. It was with this work that the word ‘telepathy’ replaced ‘thought transference’. In seeking a scientific explanation, some telepathic proponents have claimed to have made connections with scientific quantum theory as a basis for telepathy. Such modern concepts of telepathy have attempted to draw legitimacy and scientific curiosity by making both general and specific analogies between the “unaccepted unknowns” of religion and parapsychology, and the “accepted unknowns” in the quantum sciences, where the classical and understood concepts of physics (time and space) don’t generally apply. In general, the concept is the mind, human or otherwise, is simply an evolved physical scaffold for a physical entity of electrical and quantum impulses. This concept, in turn, has claimed to have developed abilities for influencing and receiving “quantum fluctuations” from our mind. Enough with the science; is telepathy scary? When we hear about the development in the brain-to-brain communications, we imagine scenarios: perhaps government marching us to a battle through insidious mind control by enslaving us and actually manipulating our thoughts through false propaganda (now, that’s scary). But other than that, how much fun it would be to communicate through your brains, especially with your friends.

The Future of Telepathy

According to Mark Zuckerberg, the future of communications is telepathy. This is all well and good, but of course what Zuckerberg envisions is a two-way street that we could not only read a mind but also get that pattern of electrical signals that one’s thoughts have on someone else’s head. There are invasive options like fitting some kind of device in your brain. Recently researchers have also had some luck with a noninvasive technique called “transcranial magnetic stimulation”. When you put on your TMS headset, a magnetic force is generated on your scalp which can be used to generate neutral pathways. This is the major anticipation in the realm of telepathy. 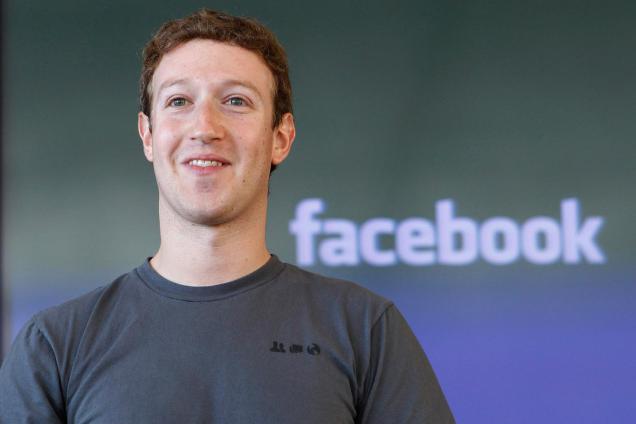 Well, there is always a dark side to technology owing to the fact that it has immense potential to cause a lot of damage. Imagine a world, where Facebook is impregnated so deeply into one’s head through a microchip, such that the social media network essentially mirrors the reality that you perceive.

Click here to check out an article we wrote on how that could be possible.

What will happen if telepathy becomes real?

With telepathy being real, there is a possibility that communication will become much more advanced. Also, there will be a deep understanding between people. It can be a cost-free alternative to modern-day technological advancements in the field of telecommunications as well as the Internet. Imagine being able to connect with practically anyone by will and actually accessing a huge amount of data through this. This would mean instant collaborations in fields which require large amounts of data to be transferred from one place to another. Imagine being able to actually act like computers connected to each other through the online medium and being able to connect to the large repertoire of the collective memory of humankind. Imagine the amount of advancement that two individuals can have if they meet up together and, just by looking at each other, they would be able to access the huge amount of information that we are open to through our minds.

But, here is a thought. rrent communication technologies like texting, phone calls and skyping, we still have control over how much we reveal in what manner. But if telepathy becomes technologically feasible, what will happen to our privacy? Do we really want to reveal all our thoughts to anyone? Isn’t it better to have the choice of revealing or concealing – and doesn’t language help us do exactly that?

Also, if we reveal our thoughts to friends and family – how can we be sure that the government won’t creep in at some stage? Remember the Wikileaks report that Facebook was selling private information to governments? What if human thoughts are up “for sale” one day?

An answer to this can only be that humans will have to treat telepathy with as much reverence and sanctity than that which is required to be used while using technologies such as genetic re-engineering. The amount of responsibility that comes with telepathy would require humans to mold their belief systems in such a way that they would be open to newer and crazier experiences! This evolutionary advancement could have the power to reduce us to apathetic robots trying to gather as much information as possible from the other individual, or it could convert us into empathetic beings who would evolve as a collective. Imagine the amount of sophistication and complexity we can achieve as humans if we just learn to treat information as an aspect which is not connected to identity, which could very well result in a collective ego-death for humankind as a whole. Sophistry? Maybe, it is time to think different.

Previous Communication and the Law of Attraction: Thoughts are Energy
Next Communicating with Animals: The Voices of the Primal