Feminism in the 21st Century: Does being a feminist make me cool?

I read this somewhere: in a room full of feminists, when asked what have we achieved in the past ten years, the room fell silent.

Is it that hard to name a couple of successes? We have come a long way since the feminist movement began but have we come far enough?

Where are we at the moment?

For someone who doesn’t believe in the cause would see the domestic, sexual violence, the discrimination at various levels still happening across the globe with over a million women of various age groups. But, what we cannot deny at the same time is the huge differences in the situation and the daily lives of women that the movement has brought to, again, millions of women of various age groups across the globe, so much so that it has forced some utterly important and necessary changes in the constitutions of numerous countries, altering women’s rights and laws that govern their freedom as a human being. While a good job is done so far, Feminism as a movement, just like any other of any kind needs more positive support to bring in the change it aims at and that every woman who supports it expects from it keeping aside the criticism for a while. The reason feminism is always criticized is because the very term is misunderstood due to the stereotypes attached to it.

The word ‘feminist’ has garnered a negative connotation over the years. Feminism is still a cause that many men and even women do not support; this is because most of them still don’t really understand what the movement is about. It’s not a war between the sexes or an attempt by women to become superior or more ‘manly’. Feminists are not campaigning for their rights at the expense of men’s rights.

Campaigns like the “I am not a feminist but ..” popular on the cyberspace claim to ‘believe’ in women’s rights and their freedom but the reality check is, they don’t want women to do something as being a part of ‘feminism’ because just ‘believing’ for the heck of it is a different thing and ‘living’ it is altogether a different ball game. Accepting a movement on a scale as huge as the one feminism is on is not easy and hence, comes in baseless criticism and opposition along with strange conclusions such as “since you’re a feminist would you like the chair to be pulled for you or the door be opened for you?” Or even more radically weird ones like “Oh you’re a feminist! Do you shave?” Feminists are against chauvinism, not manners and hygiene. 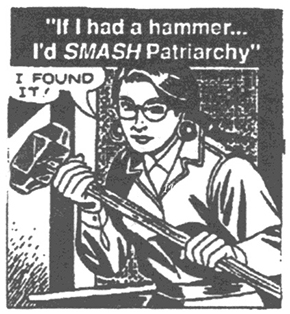 Too many people believe in a lot of ideas wrapped up in feminism but do not relate to the word as a whole, directly as feminism takes different forms in different regions being closely intertwined with local cultures. There comes in a lot of discrepancies because there are in fact numerous specific types of feminism, each with its own principles and causes. Instead of one unified group, feminism today is composed of many little groups like distanced pieces of a collage. Today, the word doesn’t hold any personal meaning to people as they don’t relate with the ‘whole’ movement but just the fragment of it which concerns them.

There are numerous campaigns directed at the ‘stigmas’ regarding women’s shapes, sizes, colour and clothes which have garnered huge popularity but out there, we fail to notice the campaigns for ‘causes’ which are serious and probably that is the inherent reason behind the lack of attention they receive.

Feminism: The Fashion Trend of the age 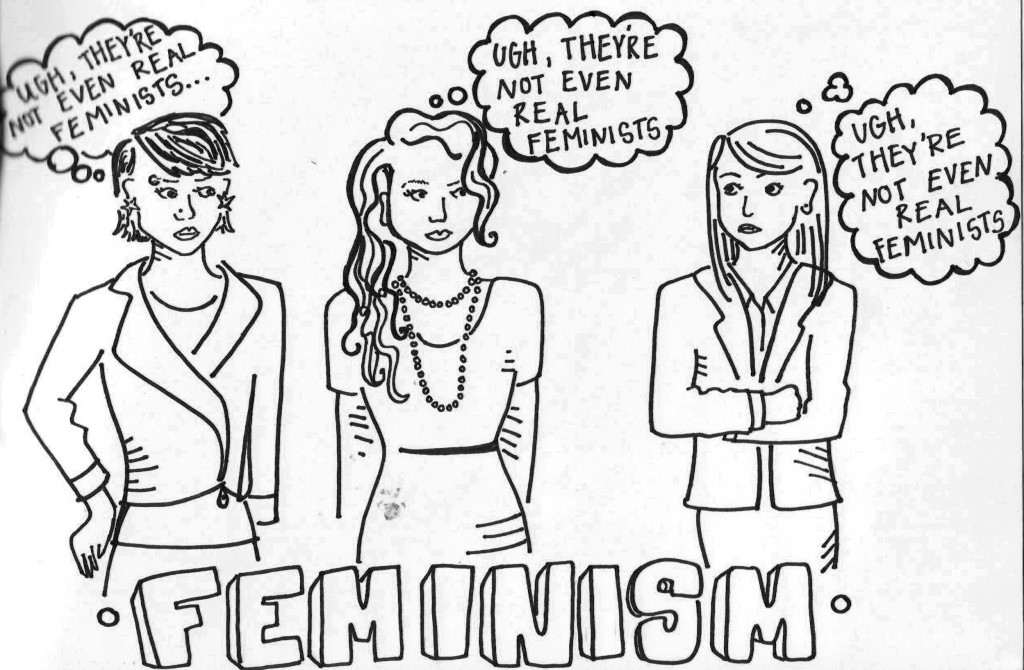 As the times are passing, the graph of the ‘popularity’ of the feminism is increasing with a lot of young girls finding it a popular culture to follow but the graph of ‘support’ for feminism, may not be rising as is expected. The movement is going steadily towards a fashion trend as far as youngsters are concerned, as it has become just another F-word for them to throw around.

Elite feminist voices, who are taking feminism where it’s going today, should spend more time speaking about the millions of low paid female employees in working sectors, girl child education in rural and militancy or terrorist-hit areas of various countries, young girls and women facing sexual violence in one or the other forms and numerous of such deep-rooted causes than only campaigning for superficial things which only concern the elite, modern and urban society women.

Resurrection or a Tone Down?

The fact that today feminism has become more of a popular culture has degraded its utter meaning. Necessity is to priorities rather than just express general optimism or pessimism and ask ourselves a question, where is this movement taking us or progressing towards?

Moving mountains is hard work and it takes time, often generations. Feminism is as relevant as ever in the 21st century and we are going to need all the more support to make this century of true gender justice as all it demands is a future for women to look forward to not the one they are always apprehensive of.