Into The Brain Part 3: Exploring the Neural Maze in the Body

Before you enter this new dimension, make sure you check out:

Entering the Realm of Light

As the physical realm is left behind and the neural forest fades away, we find ourselves moving at light speed through a series of tunnels. The whirring colors and patterns around us slow down eventually as we slowly start to awaken from our previous episode in the brain stem. As we regained a sense of our surroundings, we observed that we were in a maze of neural tunnels on board a nerve impulse. The intense speed of the nerve impulse left us dizzy and distorted as it eventually faded away into the next neuron. We now understood that we were in the vast maze through which nerve impulses travel to far reaches of the brain and the body.

The neural circuitry inside our body is much like an interconnected maze of tunnels, so vast and widespread that the sheer expanse is too much for us to fathom. These tunnels serve as the passage-ways for impulses to go speeding about into various regions of the body. The impulses are the trains of thought which keep ricocheting between sensory and motor neurons. One only has to get on board one of these trains to explore a particular area of the nervous system. 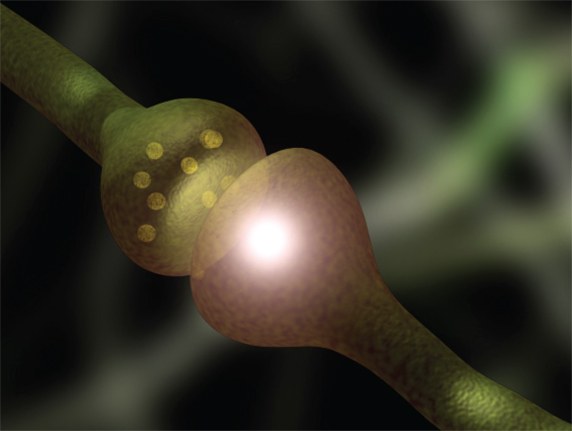 Once we got off the nerve impulse, we looked around and noticed that we were inside a neuron from where we could observe the internal structures and workings of this vast circuitry of our nervous system. We looked up at the roof of the maze and noticed that they were lined with certain dome-like structures, known as the sodium-potassium pumps. As we keep looking at these large door-like protein structures they suddenly open like flood gates, letting in a barrage of positively charged sodium ions. This results in a sudden build up of static in the air around us and we are hit by an intensity which makes the hair on the back of necks stand up. This is due to the sudden build up of a gradient between the inner and outer layers of the neuron, which is essentially the trigger for the nerve impulse, not unlike the loud horn at a railway station which signals the coming of the train.

Tripped Out Fact: The gradient created by the sodium-potassium pumps is known as the action potential and is inherently responsible for the generation of a nerve impulse. The gradient can be compared to a voltage difference, which essentially makes a nerve impulse similar to an electrical impulse travelling through an electrical wire (neuron), complete with insulation (myelin sheath).

We decided to jump onto the clamoring nerve impulse as it came howling towards us, coupled with the immense inflow of sodium ions. As the train of blinding light and energy hit us, we were instantly transported into fractals of spiraling patterns as we meandered through some of the various areas in the body which the nervous systems spans and meanders through. We also observed the inherent stations where we found ourselves floating in mid air between the synaptic ends of two neurons, along with globules of Dopamine, Serotonin and Acetylcholine. 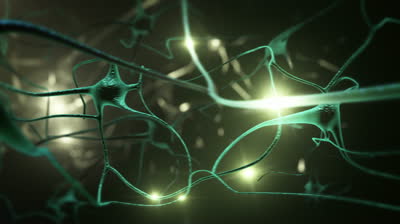 Eventually, after a whirlwind ride through the nervous system, we reached the harbinger of all the neural complexes in the body, the large tube known as the spinal cord. Here, we stood at the edge of this large structure and observed the myriad axons and the several impulses that travelled through them. We were also able to see the inherent destinations as well as the origins of the impulses as they rambled through the body and its organs.

We jumped onto one of the ganglia which lay beside the spinal cord. This rounded structured harbored several neurons at the same time, which were excited together and transmitted impulses on the basis of their excitation. These ganglia are like super stations where several impulses or trains of thought come together, which reminded us of those busy stations in cities like New York and Mumbai. From this view, we were also able to peek out at the two different sections of the nervous, the parasympathetic and the sympathetic nervous systems at the same time.

The Physical Duality of the Body

As soon as the impulses from the sympathetic nervous system hit the ganglia we were in, the body convulsed with a huge surges of adrenaline and other hormones, which caused the build up a sudden intense tension within the visceral regions as well. Amidst the rumbling sound of the fast paced heart-beat, the parasympathetic nervous system arising from the organs sent impulses to the spinal cord and the brain causing a dissipation of the immense pressure that was built up within.

Tripped Out Fact: The sympathetic and parasympathetic parts of our nervous systems represent the inherent duality within us, one which makes us excited and prepares us for immediate and intense reactions, while the other subdues us and returns our body into a more subtle internal position. A subtle balance is maintained inside the body by these two neural systems.

As we observed the vast network of impulses dancing around the body, initiating and dissipating several internal as well as external bodily states, we could not help but marvel at the intricate structural and functional awesomeness of the nervous system which inherently connects the brain to the body as well as the external reality we perceive.

As we stood there in wonderment, there came a distinguished impulse which was much more powerful and intense than others. It came climbing up the spinal cord and resembled an impulse fueled by intense pain.

Tripped Out Fact: Pain, however unpleasant it may be, is one of the most important impulses which help us imprint new memories. Hence, these impulses should not be ignored but should rather be used to learn from. 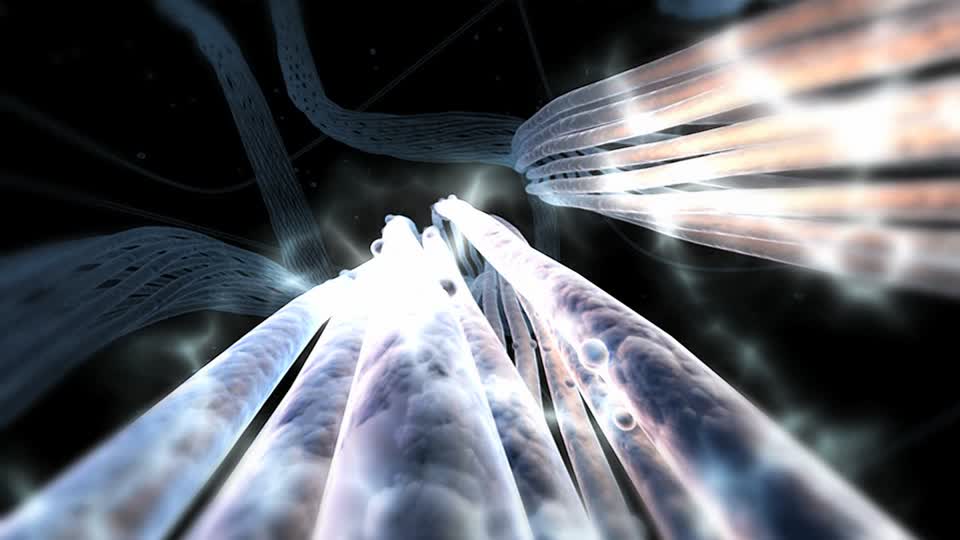 We immediately knew that we just had to follow this train of thought as it would take us deep into the memory maze in the brain, a place where new memories are made and connections between old ones are either severed or reinforced. As we jumped onto this intense electrified beam of light, we were filled in anticipation of what awaited us.

Prepare yourself for the memory maze through these articles: