Power Structures in Gender: Where did the superiority complex come from?

As we grew up, I wanted to ride his car and he wanted to see the paintings I drew. Our life would have been amazing if I would have painted, visiting all the places he knew. But there was something that limited his ride and the colors of my painting. Not because I wore the corsets and he wore the waistcoat, it was something else.

It is worth wondering, what made differences amongst appearances and functioning of the body unequal? “Mats Naya” or the larger fish eating the smaller fish has been the law of land, since the very existence of the society. There is quest for power that got introduced in the humanity as the society evolved. Men and Women in the state of nature were raw, equal and freedom prevailed. They were naked, not only in terms of clothing, but were naked and free from the idea of domination of one over another. With the clothing of the human society, emerged the clothing of equality and led to division amongst them. 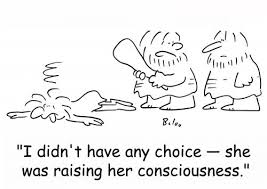 Hobbes rightly quoted, “general inclination of all mankind, a perpetual and restless desire for Power after power that ceaseth only in Death.” Indeed it is a game of power that has made one sex powerful over another. Power is a societal concept, so is gender. The origin and division of roles amongst both the sexes became to be determined on the basis of power possessed by each. As the society began to evolve, humanity was interdependent and hence there came the need of a protector and the one to be protected.

The first structuring of power was dependent upon physical strength. Since men were physically strong, they assumed the role of the protector and the hunter as well as the bread winner. Women were seen as an epitome of delicateness and beauty. Their tender skin and the charming body were seen to be protected and hence they were assumed as the weaker sex, irrespective of their interests. Based upon the physical strength and capacity, the society declared men as the stronger sex and women as the weaker. On the sapling of society thus bloomed the miserable flower inequality.

Women and men are endowed with sexual differences that too became the root cause of their distinction. Women were seen as passive participants in sexual intercourse, while men were the active participants in the same. Women have the power to get carried away during an act, thereby loosing their ability to have control over themselves. More parts of their brain gets shut off during sexual intercourse than men, which essentially means that women let it all go during the act (art) of sex. Being an active as well as a controlled participant in sexual activities, men assumed the dominant role instead of being an equal partner in the intercourse. This may have given rise to the various sexual positions as well, where usually the man is in the dominant position. Nowadays, women have been taking sexual intercourse from a more exploratory perspective, which is why they are open to experimenting with sexual positions where the woman is dominant over the man.

The differences in the physical activity and the sexual activity further strengthened gender differences by linking the psychological and emotional aspects. Women being creators and the epitome of nurture were instead addressed as emotionally weak and vulnerable. The physical strength of men universalized them as emotionally strong even. The limbic system of women is larger than men and it increases their empathy and expressiveness. The influence of emotions upon the decisions of women affects their rationality, thereby making the men have an upper hand in being emotionally strong.

The physical, neurological and emotional factors ultimately led to the acceptance that women are the weaker sex and men are the stronger one. Gender socialization further legitimatized it and the power structure in the society became deeply rooted. The dominating power of one sex created chains for the other sex. Rise of power increased and so did the drift between men and women. Looking back to the origins of humanity, it is appalling that the beautiful bond between two amazing but diverse creations got overshadowed by power structures.

But do we see something beyond these ideologies that have transcended across ages? Yes we do….a dawn, a start to explore oneself irrespective of the social identity. Rise of a new society, free from societal constraints where my doll meets his car, the paintings have the colors of exploration when we rode together and the bridge between the two sexes ceases to exist.

Previous The Soul is Genderless
Next The Sword in the Dark: The Rise of Feminism