Shaping the Future: Embracing Change in the Year Ahead

Change is one of the basic necessities in our lives. Imagine living a life of monotony, where every aspect of our perception just stays the way it is or has been “sanctioned” to be perceived by society.The very feel of life is in the meandering and the constant ebb and flow of this river of continuity and growth, where each moment is an adventure in itself from which we can learn from. There is no room for innovation, adaptation and evolution in a life which is mundane and stagnant.

The aspect that we need to understand amidst all this talk of change is that it does not need to be forced. The very continuity of life in the Universe is dependent on constant change and the birth of novelty. Hence, one just needs to let go of the old ways and embrace the new ones; this is where true freedom lies. The only way you can block yourself from change is by not letting go of the old prejudices and judgments which you harbor within you. Once you take life as a mission for seeking novelty in each and every moment, you will be in constant and uniform harmony with the consciousness of the Universe.

There has been scientific evidence that the “Universe” plays a much larger role in the way we think and perceive reality than we actually know or comprehend. For instance, according to data which was collected over the past years, it was seen that all major historical events occurred during the eruption of dense sun spots, which were directly in correlation with the changes that were happening on Earth. This right here is legit evidence that the Universe is always yearning for change and we, as living beings, are the very vessels through which this change occurs. 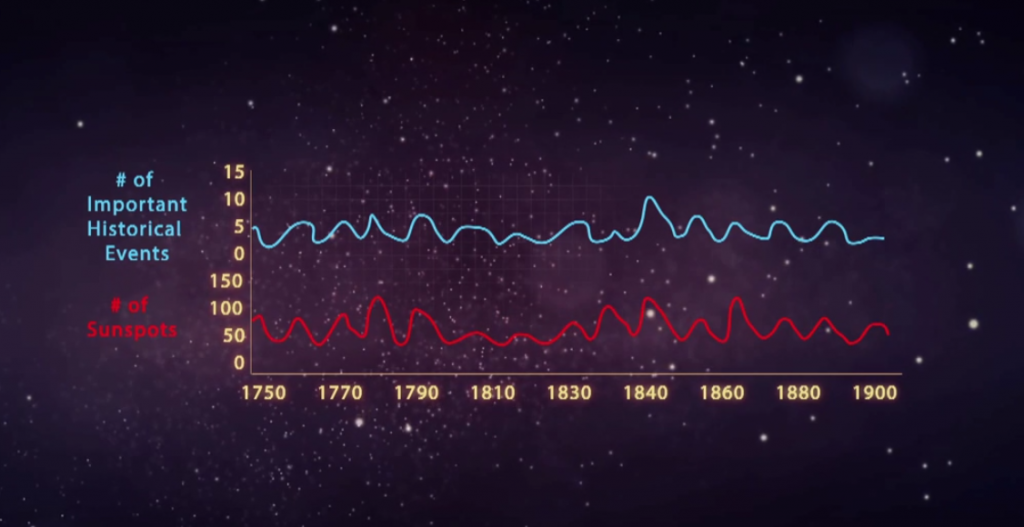 This is where our responsibility arises as well. The type of change we bring about is completely dependent on our choices as well as our fearlessness towards the aspect of embracing novelty. History has taught us that we humans are children in more profound ways than we may choose to admit, owing to the fact that most major changes in history have included massive acts of violence and wars. These instances act as reminders for us that we need to be more responsible in our choices, embrace the love and yearning for novelty and avoid our primitive inclination towards violence and fear. Only then can change flow through us in a mature manner and result in creation in a holistic way.

So understand this my friends, the Universe and life itself presents us with immense opportunities for growth, creation, creative expression and self-realization. These are the very aspects which drive us towards a positive change, one which we can embrace, harness and maneuver in such a way so that the world actually transforms through our embracing of this change. This can be seen in the various trends that have popped up in various sectors such as technology, education, medical services and so on, in the recent years where mankind has become more open to the aspect of embracing change and utilizing it for the creation of something useful, rather than sticking to the destructive means of primitive conditioning and bringing about negative changes.

We will be using this week to come up our own perception on change and will be contemplating on some of the biggest changes that have been predicted in different sectors during the year 2016. Here are some of the aspects which we will be exploring throughout the week in “Shaping the Future: The Year Ahead”:

Virtual Reality will become large: Sony and HTC follow the pattern/trend started by the Oculus Rift. The Glyph could be a game-changer and you can carry your own personal theater in your bag. Or you can connect it to a drone, put it on, and then see the world through the eyes of your drone, while it flies for you to see the world from the skies! Coolest gadget of 2016? Check out more about it here: https://avegant.com/ & here: http://www.usatoday.com/story/tech/2016/01/08/coolest-gadget-ces-2016-pick-glymp/78509456/

Bots will make messaging easy: Facebook Messenger and Google’s new app will include bots that will help you with reservations, appointments, reminders.

Selfie sticks will be replaced with drones that photograph and take videos of you as you go about your daily routine and so on.

New USB ports which have a two-port outlet: allowing you to charge as well as connect an external device to your PC

Voice operated electronics, home security systems, sound systems, OS, and even robots. Even gesture-based technology will be a reality.

Wireless charging will become a reality, especially in places like coffee shops, airports and so on

Tech Wearables, like the smartwatches, which will help in connecting the user to GPS, satellite monitoring and even to your devices back home when you are out for a run

The Internet of things, where you can connect all your devices to the internet, upgrade their software and hence, reduce your worries. But beware, a guy could hack into your fridge and steal your food virtually hehe [on a serious note, a person recently hacked into a baby monitor and used the night vision lens to terrify a toddler and talk to him like in the movie “The Poltergeist”] 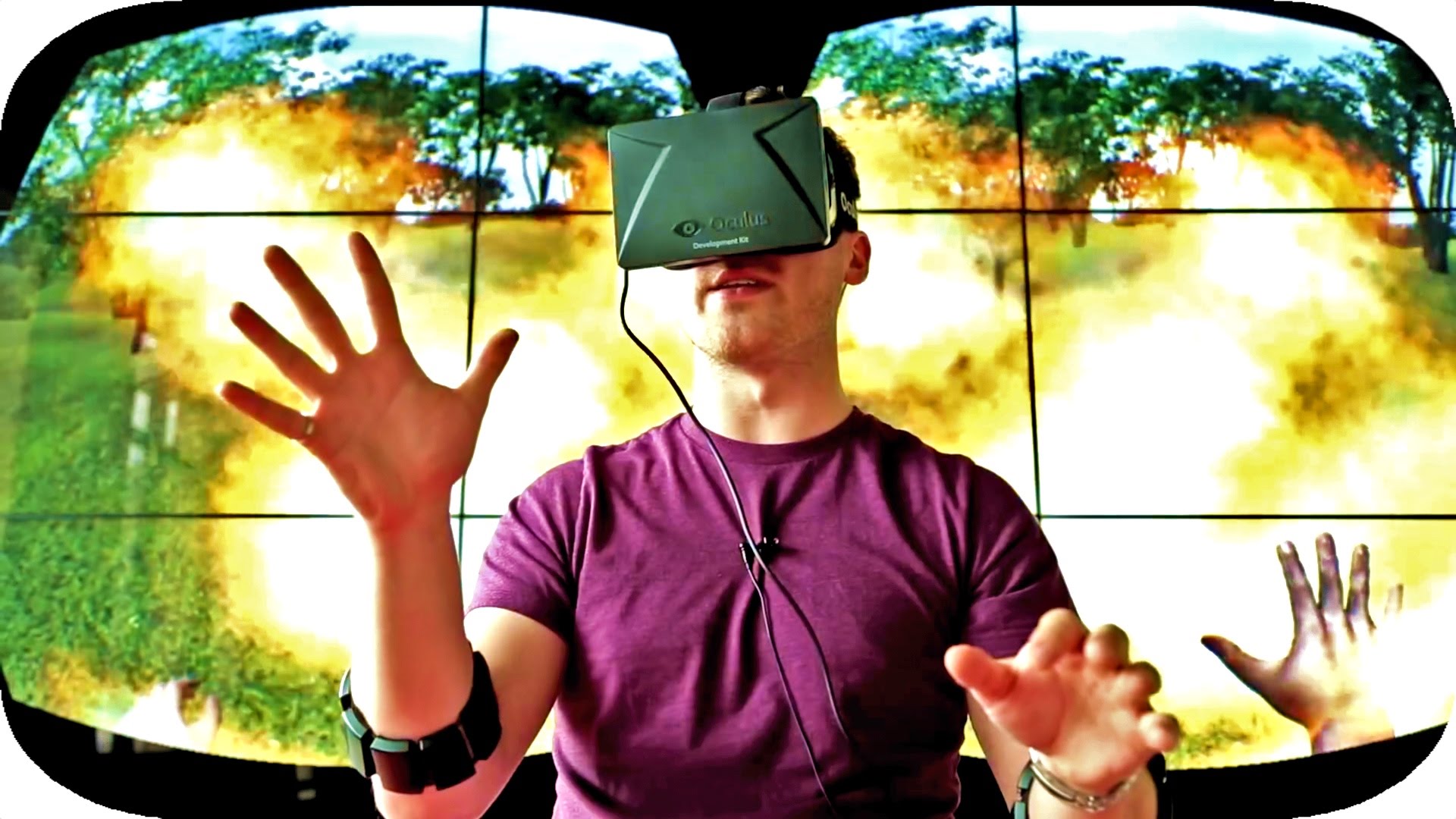 3D printing will go onto a new level: compatibility with new materials, [the first ever 3D printed model was created out of metal salvaged from an asteroid] Stereolithography  or 3D layering will also be a reality. 3D printing of glass will be a reality too.

A cure for Alzheimers will be cemented into the history of medicine: the use of ultrasound to break amyloid plaques in the brain.

Mind-controlled prosthetics, artificial skin that can actually help you “feel” 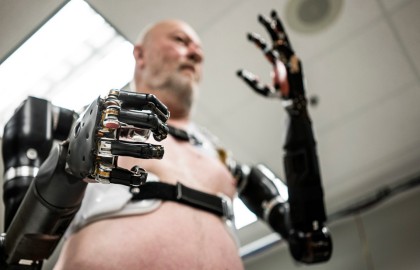 Bionic eyes which would be directly linked with the brain, development of the VRD or Virtual Retinal Display using digital projection onto the retina which would allow patients with cataract and other vision-related diseases to “see” clearly

Anesthesiologists will now have computer-based technologies which monitor the vital stats of a patient through touch-screen technologies, which even document every step of the procedure (known as perioperative information management system)

Fecal transplant, where the colon bacteria from one individual are transferred into another so as to recultivate the ecosystem inside the gut of the individual in order to combat bacteria like C. difficile

How extensively will the terrorist group ISIS use social media to recruit and spread terror, how can hackers play a huge role in messing up their online presence?

Will the US government realize the futility of the Middle Eastern situation? Will the countries in the Middle East settle for internal conflict and oust ISIS? Will the Kurds get their state?

Glow earphones and headphones, whose cables will glow and pulse according to the music that you are listening to

Pocket-sized amplifiers which blur the line between music player and headphones: check UAMP

Self-learning headphones, which actually learn the wearer’s genre and song preferences through the location, actions and timings: musical synchronicity tailored for each moment! [check out Q headphones]

A speaker that you can sit inside: the AudioOrb allows the user a completely 3D audio-visual experience

The V motion project: the love child of the Kinect and live music performances! [music through movement] 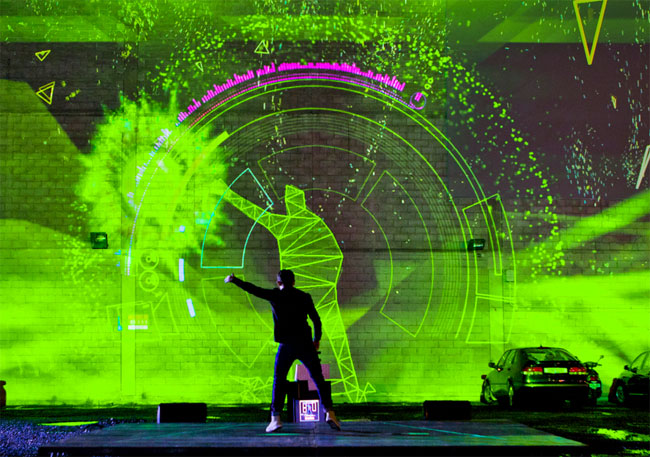 First ever 8K camera – Red Weapon! Guardians of the Galaxy 2 – the first movie that is being shot in 8K. Will change the definition of detailing in videos and overall movie experiences.

Previous Funniest Book Bans in India: A Meme Storyboard!
Next Game of Drones, S02E01: Singularity! Drones that will fly you to work!