Please do get offended by this post. You read that right, once you are done getting offended then ponder over this.

Isn’t it amazing how the society has evolved in wide spectrum? The technological improvement, the medical miracles & the reality of entertainment, yet the filtration of human has narrowed down to a very deep bottom where you can see the irony reflect stronger than reality itself. The proper way to convey would be taking some real life examples.

Imagine having food at a Jain restaurant, the food is delicious, no doubt there. The man standing next to you asks you, your name after a casual chit chat you carelessly say it’s Shahnawaaz (or any other Muslim name) and the man moves away from you, the waiter ignores your plate somehow after realizing that you are Muslim, it’s like you suddenly became invisible. The waiter jumps to the next customer and you feel suffocated in an open place. Suddenly a social place starts to haunt you while this person with whom you were conversing with walks off. Your brain switch starts tripping between laughter mode and agony mode, your facial expressions making you look like a clown. It’s hilarious and upsetting because how is it possible that a person living in 21st century has such a mindset wherein he judges a person based on his religion and not for the human that he is. So you just enjoy your meal smile at him and walk out.

During my childhood, a family member of mine who deserved promotion more than that Brahmin didn’t get promoted as he was a Muslim. As I became a grown up I thought it was a lie? Maybe my family member didn’t deserve to be promoted and the Brahmin was actually talented enough to hit the spot? That as my speculation so I never really let these things bug me unless I myself landed in this plagued land called workspace. Now I may totally be a douche for some but when nobody deserved being pushed around just because he prays to different god. I reached a point from where I took a leap of faith and then joined a company where I was no more infected by the plague of classification based on religion; same work same kind of people but here they were more humane and less worried about garbage. Goal oriented decent people and hence the growth of company was on a rising peak. 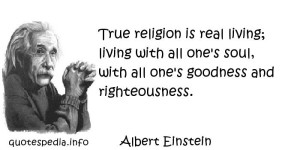 Love, if you are reading this you have already agreed with me that love is a thing which absolutely cannot be bonded by religion it is inevitable that you are going to be attracted to a girl/boy of the opposite caste system yet you proceed thinking I will battle the world and be with him/her and lead an epic fairytale life but as the time ticks away the world and its domination becomes so strong that society creeps up into your brain and makes you think about so many things like parents, money, status, caste, height, physic, complexion, blood group, age, the god that you pray, allergies, your ancestral background, least bothered stars up in the sky decide your kundali and your birth time which you had no control on, x, y, z so many things and then you rethink is it worth loving? Some lucky ones get away with all these but most don’t. We live in a version of world which has advanced beyond myths yet when it comes to basics we are back to square one. Most relationships end because of stupidity like this. 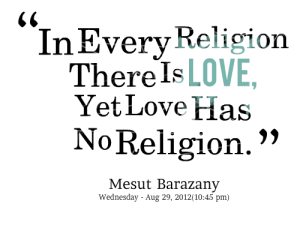 Food, a friend of mine made this comment once, “Bro if you have beef please stop talking to me as I am not comfortable talking to a person who has beef,” I was a astonished, as this was coming from a person who is a non-vegetarian himself. So I simply replied pointing toward cattle, “Look there goes my kebab”

My Muslim female friends have it worse, this discrimination and comments are something that they face every day. They have become accustomed to it. It’s like waking up to face the war of words, and one of them is a writer so she comes with creative responses. Her classmate called her a terrorist once, she responded, “Yeah honey. I am a terrorist. I create terror in the hearts of criminals, in your language, ‘bad people.’” The class had applauded for her but in the adults world if you are even caught expressing your opinion or answering a question with such a remark, you’ll have to go on a trip to meet the president just SRK did in My name is Khan and chant, “My name is Khan and I am not a terrorist.” 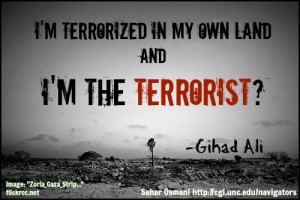 Now colors have religion as well, how is that fair man? White is for Christianity green is for Islam orange is for Hinduism. Who did this? Who crippled us? You know what the definition of color is? It is the quality of an object or substance with respect to light reflected by the object, usually determined visually by measurement of hue, saturation, and brightness of the reflected light. But for some the definition doesn’t matter at all as they are busy categorizing things for their selfish reasons.

When you know a religion, culture, birthplace of a person, you can use to understand them, not define and categorize them. You might say, “You are defined by what you believe in!” But you define me on the basis of what you THINK I believe in or what you heard, you define me according to your misconceptions not what I actually believe in. Nobody wants to live in the shadow of anybody’s categorization.

The important question is what blood do we have? If it’s red, it’s done, you are human. You need food to get energy, oxygen to breathe, water to quench thirst and socialize. There’s a purpose you are born with, do something noble, make the world a peaceful place. if you can’t do that just don’t make it worse, stay neutral. The creator himself hasn’t created us unequally, who the hell are we to classify beings of life into categories. 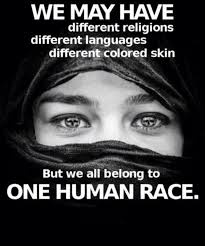 I hope this arrangement of words forms into an article as you read it and makes sense by the last full stop and effects the reader positively and if it doesn’t I guess you should go back to picking the proper colours.

Previous A Modern Day Fairy Tale: Satire on the Warrior Nation
Next Mirror Mirror, On the wall; make me a reality that won’t fall! 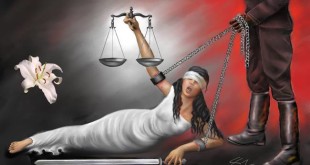 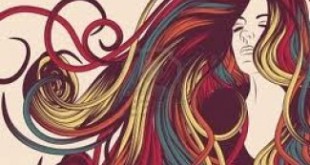 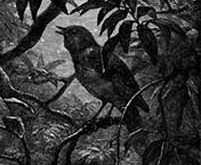