SrJna: Changing the face of the Indian Education System

The word “SrJna” simply means creativity. When4 budding entrepreneurs from IIT Delhi and XLRI Jamshedpur came together and believed in the power of this beautiful phenomenon called creativity, they founded SrJna in 2014.

Sharad, OP and Kapil from IIT Delhi met Vivek to form XLRI at IIT Delhi fest. They met up and instantly gelled over topics related to social issues and discrepancies, a discussion which eventually led to the formation of SrJna. They came up with an idea to integrate technology with education to provide solutions that would help students. The research was focused on the gaps and voids that need to be filled in the present education system, and 150 models of Science, Social studies, and Maths were developed for class 1st to 8th. These models matched the curriculum of CBSE and ICSE boards.

Hence, a new start-up with a novel idea was born. 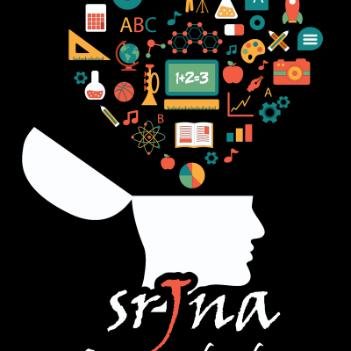 SrJna’s target market is schools. They set up labs in schools and they charge schools per student per annum for 3 years. After 3 years, the lab is under the school completely and they can use it for free. They also provide training to teachers and professors for handling the labs and utilizing them for maximum results. These labs at schools are also used by underprivileged school kids after regular classes are over as an OLA foundation pays for them. Presently the team is also working on assessment tools. All the models are certified by IITs and as such the organization is backed by big names.

Vivek said “We want to develop a system where students have confidence; we do not want to exploit the present education system but compliment it with various models and tools”

SrJna was launched in July 2014 with the initial capital of 8 lacs. The team developed initial models and they were certified by various IITs meaning they are fit to be introduced into schools. The team then went to the officials in Government of India as well as the Government of Rajasthan (Rajasthan Education Institute). The project was passed by both at center and state level. They were given the approval to initiate the project but due to funding constraints, they could not initiate the project so the advisors asked the team to implement the plan only in Private schools. So in April 2015, SrJna implemented the first lab at Maharani Gayatri Devi School in Jaipur, which was soon followed by one implemented in Palace School. Till September 2015, they have implemented the labs in 35 schools. 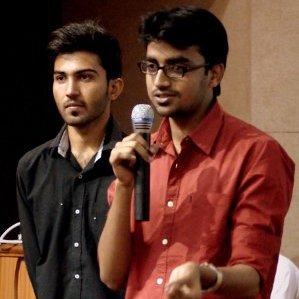 As the inherent demand for filling these gaps in the present education system is growing, they have decided to start their own virtual services in this sector as well, which is completely free to use. SrJna was recently funded by Rajasthan Angle Investor Network for 65,000 Dollars and they are geared to get Seed A funding by June 2016.

All this must look quite interesting and promising, but not everything was so bright in the past. The organization has also had to go through a myriad of challenges. One of the biggest challenges that they have faced is the aspect of penetration into the target audience. The private schools have shown tremendous interest in their idea, but their management decisions are too slow and take a lot of time for approval. On the other hand, government schools suffer from issues related to funds. This has resulted in the fact that even though the government has approved projects related to the implementation of labs, there has not been adequate funding for their implementation. The government has also approved for a pilot project before they can fund the project. Therefore, the inherent challenge is to motivate private organizations to back government schools through CSR activities.

There are many other organizations working in the field of education, but the demand and growth are too big to pose any real competition as of now. Moreover, SrJna has received an abundance of support from IITs, which has been a strong backbone for the whole project as a whole. The IIT students are essential mentors for the projects and hence are instrumental in helping students and the education system, in general, to flourish to its inherent capacity. 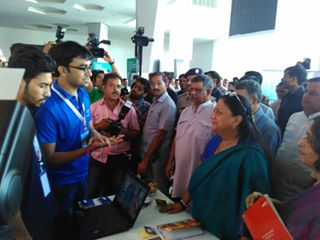 The overall growth of the organization till date has been tremendous. The team was 4 in size when they started, but today have over 42 people working for SrJna, along with an adept and crucial team of advisors. Another huge reservoir of support has been their families.

The organization has the vision to become a common name in each school in North India within the next 5 years. They want to compliment the present education system and help both students and teachers to build a more structured as well as competent education system in India. The virtual system would map human intelligence to discern the subtle nuances of teaching to make learning a more interesting process. The day is not far when a whole new face of the Indian education system will emerge into the forefront.

Previous The Break in the Wall: The Gateways to Success for Women Entrepreneurs
Next The Start-up in You: How to channelize yourself into your start-up