The birth of language, if we are to resort to what the scholars of today have to say, can be traced back to approximately 30,000 years ago. If we are to believe this, the amount of inherent importance that we need to attribute to language as a whole is reduced to the amount of importance that one would attribute to a simple tool, like a bicycle pump. What we need to understand is that language is not a “tool” which was just invented by a scientist one day when he was experimenting in his linguistics lab on vocabulary specimens. If we go deep enough, we start to understand that languages are essentially organic entities like us humans, with the ability to grow, develop and even reproduce! For instance, the “mother” or “parent” languages like Sanskrit and Latin grew in terms of their inherent repertoire of words, meanings, and symbols, while the users of the language molded it and practically shaped it according to their inherent needs and requirements. Moreover, these parent languages gave birth to other languages which then, in turn, developed into their own literary and cultural branches. As you can see, language is in fact as much a living entity as we are!

So where did it all begin? Can we understand language and its origin by merely tracing the literary remnants and papyrus scrolls of yore, or do we need to look farther, wider and deeper. Well, obviously we need to! We need to go as far as the grasslands of prehistoric times when our primate ancestors roamed naked, covered in fur, foraging through the grass for some food. In order to truly understand language in its entirety (which is not so easy a task we think it to be) we need to go as deep as the genetic makeup or DNA that is present in every single cell of our body, the genetic blueprint of creation which is essentially the language that makes up who we are. So as you can see, language is much deeper and more intricate than we can imagine, going beyond mere words and phrases. 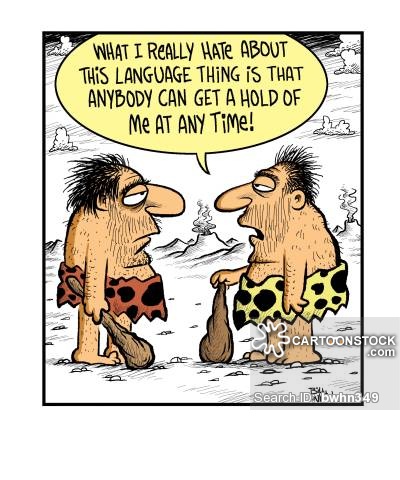 The essential origin of language ca be traced back to a theory presented by the influential speaker and psychonaut Terence McKenna. This theory which he postulated came to be known as the “Stoned Ape Theory”, which essentially attributed the birth of language to a natural psychedelic substance known as the psilocybin mushroom or the Amanita Muscaria. Essentially, this theory states that these psychedelic mushrooms heavily influenced the evolutionary prowess of our ancestors, owing to the fact that the substance was able to increase visual acuity in our primate ancestors, hence, allowing them to hunt better and increase their food gathering skills. Moreover, the mushrooms also helped in increasing arousal in primates, thereby allowing them to achieve a higher degree of sexual prowess and ensure higher levels of reproductive capacity, which is one of the essential aspects in the game of evolution. 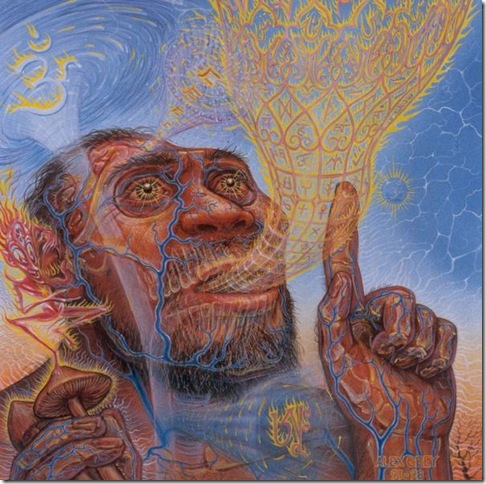 But, the most important aspect related to psychedelic mushrooms is the fact that these psychedelic substances were able to induce a phenomenon known as “glossolalia”, which basically mean random vocalization which results from a mental download of colossal amounts of information at a time. Terence McKenna noted that these vocalizations, in the form of random sounds and myriad speech patterns with specific vocal rhythms, formed the raw material from which language and articulated speech originated. We need to understand that before humans developed articulated speech by actually attributing meaning to each and every sound that he created, body language and some incoherent and random auditory signals were all he could conjure up, much like a baby or an infant which cries when it feels hunger or pain completely unable to articulate its feelings in the form of words or syntax. 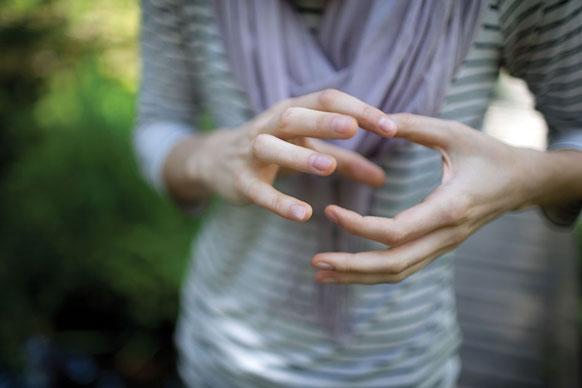 What Terence McKenna was trying to put forth is that like the blueprint that is our DNA through which the web of life is formed and articulated, the syntax as well as the inherent semantics of language as a phenomenon are also present within our minds. It is only then that we learned how to develop and attribute sounds to these ever present “inner vocabulary” within us so that we could communicate our inherent meanings to others and hence form a cohesive model of our external reality. In other words, everything we see in our external reality has a meaning that we ourselves have attributed it with. Once we learn to decipher as well as understand our innate purpose behind attributing specific sets of meanings to the external reality, we can actually use these meanings to articulate and mold our own realities. This invariably means that reality is made up of language and that we can, in fact, use language in order to affect and mold our perceptual realities of the external world.

This aspect essentially opens us up to the fact that language has, in turn, influenced our evolution to a large extent. With the birth and development of each language and dialect, we as humans have been slightly or majorly altering our external realities as well, depending on the degree of change that we have been incurred. In other words, the evolution of language and of communication has invariably shaped us to who we are today. So go out, and read the novel that is your reality, exploring the deeper and more subtle nuances of our own version of reality itself!

Previous The Birth of Writing: The Path of the Write-ous
Next Rediscover Communication: The Ocean of Possibilities