I’m pretty sure most of us remember mathematics as a subject which had us running for solace from large numerals and symbols, which usually seemed as foreign to us as the hieroglyphics on the walls of the Pyramids. These numerals, functions, values, symbols and other such attributes which together form the whole realm of mathematics have a tendency to frighten us to the very core. If you were a student like me, you would have experienced shaky knees and sweaty palms when the teacher handed over a questionnaire with weird alien-like symbols which instilled a sense of complete vulnerability in me. After several years of being force fed these incomprehensible bits of information, I got over my cemented belief of  “how is all this going to help me in life, anyhow?”, and decided to explore where mathematics actually originated from. Believe me, what I found was so intensely intricate and immensely colossal that if the genesis and evolution of this ancient subject were taught to me in school, I would have very well graduated with honors in Mathematics and would have dedicated the rest of my life to the subject. But, I have a feeling that my maths teacher would have preferred giving me bundles of homework or kicking me out of class instead of actually exploring the intricacies of mathematics as a subject.  Hence, I sit here, writing this article so that you can have a taste of the intricate beauty and patterned randomness that this subject can open up in your life. 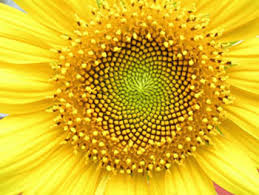 First off, mathematics is not merely a subject that you study to get into engineering, it is the very framework of life itself! The history of mathematics is of the same age as that of humanity itself. Though new sets of revolutionary developments took place in the mathematics during the 17th, 18th and 19th centuries, it was invented or more fittingly, “discovered” hundred of thousands of years ago. Mathematics was essentially hidden in plain sight before us in nature and everything around us; we just needed to look close enough, understand and put it down in the form of numerals and symbols for our convenience (yes, that’s right; the numerals and symbols are actually for our convenience, beautiful irony isn’t it). It all started with counting, tallying, distance measurements, time measurements, and calculations in ancient times. If we look deeper into the history of mathematics,  we see major advancements in the regions of Sumerian, Mesopotamia, and Babylon. The torch of discovery and increasing complexity was carried on by the individuals of the East, as India, China, and the Arabic countries explored the deeper intricacies of the subject, shaping and rearranging the formulas, theorems and prior findings in the subject. On the other hand, some of the first instances of the use of mathematics can be found among the artifacts of the prehistoric age, dating back to approximately 25,000 to 30,000 years, when early man used to make notches on bones in order to measure and track the changing phases of the moon and the rhythm of the seasons as they relentlessly continued with their natural patterns. 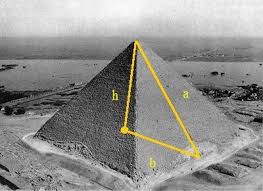 In ancient India, people used Sanskrit denotations and syllables in order to express mathematical terms. For instance, shat means 100 while shahastra means 1000. The archaic language of Sanskrit had a huge influence on shaping Indian mathematics, adding to the authenticity of the subject. (Read our series on Sanskrit as a language and the vast arrays in communication that it catered to). They also applied mathematical equations in order to develop subjects and sciences like astrology in order to calculate the location of planets and stars, including their future positions.

We cannot trace a “birthday” for mathematics because it was born with nature. Essentially, mathematics is and was present in everything around us, and it was only a matter of time (also a mathematical unit of measurement) till someone discovered it.  But it was discovered and developed in phases throughout the ages in different regions of the world, with each civilization adding a new perspective towards the subject and in turn, enhancing the degree of complexity of the same. Along the same lines, the complexity of the subject evolved gradually through the ages and has resulted in the abstract “language” of today that makes many school-going children quiver with fright in their pantaloons. 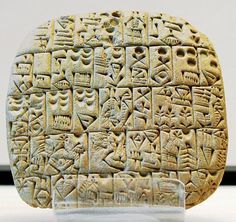 Sumerian mathematics initially developed largely as a response to bureaucratic needs when their civilization settled and developed agriculture (possibly as early as the 6th millennium BCE), being used for the measurement of plots of land, the taxation of individual processes and needs, and so on. The early Egyptians settled along the fertile Nile valley as early as 6000 BCE, and they began to record the patterns of the lunar phases and the seasons, both for agricultural and religious reasons. The Egyptians introduced the earliest fully-developed base 10 numeration systems at least as early as 2700 BCE. The pyramids of Giza are another indication of the sophistication of Egyptian mathematics. The ancient Greek numeral system, known as Attic or Herodianic numerals, was fully developed by about 450 BCE and was in regular use possibly as early as the 7th Century BCE. But most of the dimension of Greek mathematics was based on geometry. This is where numerous mathematicians arose, coming up with postulates and theorems which essentially set the stage for the blossoming of the subject into what it is today. Some prominent examples include Thales, who established what has become known as Thales’ Theorem, whereby if a triangle is drawn within a circle with the long side as a diameter of the circle, then the opposite angle will always be a right angle. Another prominent mathematician was Pythagoras, who was perhaps the first individual to realize that a complete system of mathematics could be constructed, where geometric elements corresponded with numbers. Plato, another mathematician from Greece came up with the implementation of the ‘method of exhaustion’, an early method of integration by successive approximations which he used for the calculation of the volume of the pyramid and cone.

Once we go deeper into the subject, another aspect arises which says that the very fabric of nature as well as the Universe is made up of mathematics. This is where the concept of Sacred Geometry comes into picture. Essentially, Sacred Geometry is a combination of geometry and mathematical ratios which have been used to design sacred architecture and are also prominently used in most art forms, like music, sculpture and painting. This concept of Sacred Geometry essentially points to the fact that the entire Universe, including all the myriad creatures, structures and diverse life forms in it, can be described within the confines of some essentially ratios and geometrical structures. This essentially means that the cosmos can be explained in terms of certain patterns and geometrical ratios. The ancient ones realized this concept of sacred geometry and hence, used this in their own expression. It is considered foundational to building sacred structures such as temples, mosques, megaliths, monuments and churches; sacred spaces such as altars, temenoi and tabernacles; meeting places such as sacred groves, village greens and holy wells, along with the creation of religious art, iconography and the use of divine proportions. There are some mathematical terms and ratios which are associated with sacred geometry such as the sphere, the square root of two and three or the golden ratio (a.k.a phi ratio, sacred cut, divine proportion), vesica piscis (an intersection of two circles or spheres whose centers exactly touch.) etc. Many of them are used to explain patterns, designs and structures in the greater cosmos. In ancient civilizations, along with the golden ratio, other sacred geometric arts were used to develop religious architectures such as mandalas (hindu mandalas and shree yantra used to build temples), flower of life, swastika, labyrinth, Parthenon etc.

Imagining a world without mathematics is much more difficult than actually imagining a world without humans. Mathematics is the foundation on which almost every single aspect of our lives our based. Imagining a world without math would be basically going back to our prehistoric roots, where concepts such as robotics, simple technology, computers, smartphones and every single device ever invented does not exist. Imagine having no estimation of time or not having an understanding of how the rhyhtms in nature ebb and flow. Imagine having no idea how the internal rhythms of our body work and how we as humans are actually numerical beings ourselves, embedded into the mathematical fabric of the cosmos. In other words, a world without math would be a world where ignorance would be prevalent to the highest degree possible, a degree which in turn cannot be measured because guess what, you need math to do that! So forget what your math tutor has been telling you and head out to explore this vast subject, apply it to your life, not only in economic applications, but to understand the very rhythm of life and how you are a part of it. Then you will see, that mathematics is essentially the language in the which the science of life has been written.

Previous Loss of Cultural Knowledge #3: Destruction of Nalanda; Decline of Sanskrit!
Next The Birth of Writing: The Path of the Write-ous