The Elusive Solution: Where did Feminism go wrong?

Maria died due to complications in her pregnancy, the desire for pink curtains or the blue quilt remained incomplete. He loved her till infinity; he too was dead with the grief.  There were screams and horrific sounds coming from his heart, ripping apart every emotion he had, but to the outside world he was a man. The tears rolling down were challenging his masculinity and it was his soul that went away with the body of his wife, Maria making him numb forever. 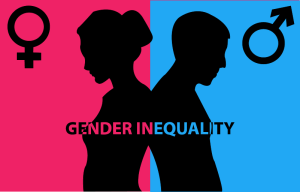 The heat from the pyre did not even settle down when within six months he was thrown into another fire to get married and run the patriarchal legacy. I wonder, since when did marriage reduce to reproduction, since when did a depiction of masculinity or protection of femininity replace humanity?

Ajay left his MNC job to pursue his own dreams. He began a startup and his family disowned him. Yes, they did, why because he is 27, had a nice package job and left it at the threshold age just to get married.  His aunt remarked, “He is a grown up man and men have to work!” Mother worried, no one will get their daughter married to a guy with no fixed salary and perks. “The dreams that were needed to be wedded with motivation got divorced with the family too.” Restless was he for being caged in a society that is completely gender-biased.

The plight of men and the discrimination faced by them due to the gender roles have been no less than those of women. On the contrary, they are never addressed. The physical strength and vigor have been idealized to overshadow the emotional vulnerability of men. Males have veiled the true identity of men. Indeed, the free spirit of women has been curtailed by the image and infinite expectations that society put over women, but the same did occur with men too. Both the sexes are captivated by gender. It is not men who are blood-thirsty creatures exploiting women. Rather, it is the concept of socialization that has been conceived in the minds of human beings and became dominant enough to set its own rules. 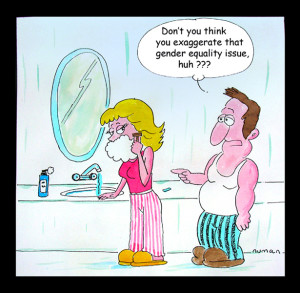 Ever wondered did feminism become successful to create gender equality? Indeed, last century raised the status of women to a great extent equal to men. However, it gradually misdirected itself into different tangents and lost its true essence. It became more of elitist notion or a star in the profile, without a clear understanding of its motive. The moment attained a universal cry of rights of women, and gender equality, shaking every corner of the world. Soon the voice for women turned into a noise. Imagined, why? Just pause and think, is it gender equality or gender eradication the need of the hour?

Dig in deep to understand that there is a man within a woman and a woman within a man. Men need not be strong and confident under adversity and women need not to be delicate and submissive. The right to revolt, the right to reason and the right to explore are invincible and undeniable. The battle is not amongst the sexes, it has to be an alliance of men and women against the stereotypical odds that are the chains called gender roles. Men and women are two fragrances that can blend together to give rise to a new scent, while gender differences are same poles, constantly repelling each other. 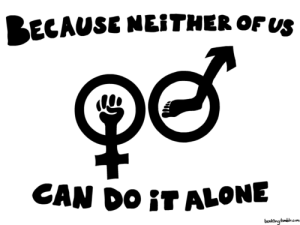 It is time to rise above the petty issues of the socialization; it is time to explore beyond the walls of roles. There is a need to rebuild the balance amongst the two sexes that has been lost during the battle aimed for gender equality, but lead a wide gulf between the sexes. It is time to prioritize not masculinity or femininity, but to grace humanity by cherishing the uniqueness of men and women.

Previous The Price of Ignorance: What are we thinking when we say “Feminism”?
Next Feminism in the 21st Century: Does being a feminist make me cool?