A mysterious sleeping disorder has plagued the Kalachi village in 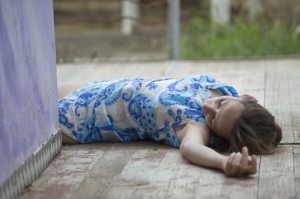 Kazakhstan since over 2 years now. The victims would sleep at a stretch for up to 6 days and wake up with complete memory loss.

“You feel like an amoeba as if you’re spreading over this armchair, as if the chair is growing tentacles and they’re pressing on your feet. You don’t see it, but you really feel as if they’re pressing you into this chair. Your legs get feeble, you can’t get up.” – An account by Darya Kravchuk, a victim of the epidemic.

Over one fifth of the population has already fallen prey to this epidemic, which has come to be known as the ‘Sleep Hollow’. No one has been spared – the rich & the poor, the businessmen & the working class, the kids & the old people.

People would fall asleep at random places while walking, in 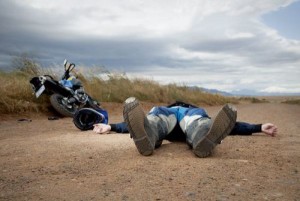 classroom, while driving or in the middle of a conversation at the coffee table.

Tripped Out Fact: There is a fear in the village that they might have buried an old man alive who failed to wake up.

Patients complained of severe hallucinations, nausea, blinding headaches, disorientation as well as hyper sex drive. Scientists & doctors have found no cure to the mysterious indiscriminate illness. Some blame it on ghost-spells, some blame the government/ realtors for poisoning the villagers, some blame nuclear radiation, some blame extra-terrestrial activity, some blame counterfeit vodka or drugs while some people think this as yet another case of mass hysteria, much like the ‘Bin Laden Itch’ that plagued the US post 9/11 or the ‘Biting Nuns’ case that plagued Europe during the middle ages.

Tripped Out Fact: One man suffering from the ailment suddenly leapt from his hospital bed, took the doctor for Hitler, gave Nazi salutations and started greeting all the doctors with ‘Heil Hitler’. Another 60-year old man started believing that he was a rooster and would flap his arms around crowing out loud. Children were reported of seeing eyes on their mother’s foreheads or snakes crawling on their faces or worms eating up their hands or elephants all around them or flying horses.

No definite causes & consequences were determined even after sincere efforts by medics & scientists. However, the government has announced the closed uranium mine in the nearby locality as the source of the epidemic. They maintain that the abandoned mine has been pumping out huge levels of carbon monoxide since 3 years and that has led to reduction in the oxygen level in the village.

So, mystery solved? Well, not exactly. The word from the government just looks like a working-cause and not an actual one. Researchers are still not convinced. While high intake of carbon monoxide could surely make people unconscious but there is no particular reason as to why the mine that has been inactive since 1992 would release such high levels of CO. Even if the gas is actually escaping from the Kransnogorskiy mine, it should be dispersing into the atmosphere way before it reaches the village, specialists maintain.

Also there is no explanation for a strange fact that no outsider who has come & stayed at the village has ever fallen prey to this illness. To add to the mystery, there have been no reports of animals suffering from this epidemic apart from one cat that showed strange behavior, however it was later found out that the cat had just been served some alcohol by the owner.

These facts don’t add up to what the government has announced! Whatever the case might be, authorities have started relocating the villagers, however some villagers have shown reluctance to leave their homes. The mystery still lingers but the government has at least been successful in keeping it out of news for over 4 months now. We suspect the village might have already turned into a haunted place by now with majority of the people having abandoned the place.

It definitely looks like the government has found the answer, but the mystery actually requires further investigation.

Check out a detailed documentary on the epidemic:

A detailed account by a BuzzFeed Journalist who stayed at the village for reporting: http://www.buzzfeed.com/sarahatopol/a-week-in-the-mysterious-sleeping-villages-of-kazakhstan#.rwa0V2DpXn

Previous Can we exist and experience reality outside the bounds of our body?
Next The mystery of the ‘Yeti’: A monster humanoid in the Himalayas