I grip the handle nervously and for a moment, I feel the sweat trickle down my palms within my gloves. The oxygen mask and helmet make me feel a bit confined as if I am surrounded by walls which are slowly closing in around me. As soon as I feel this, I am brought back intensely into the present, as the tree tops float beneath in a blur and my radio goes, “It’s time, Rich; you know what to do.” As if memory had been injected into me like a cold syringe, I started working almost like a reflex movement. We had gone through the plan numerous times, but doing it for real is something that is way more intense and unexpected. As I made the Mosquito dive down a bit more, the prison looming in front of the plane like a small wooden house in a child’s toy city, I eyed my target. I pressed the button on top of the handle, as soon as the prison came close, as the bomb glided gently into the cradle that it was meant to sleep into, the crash resounded and resonated with an air of resplendent anticipation, like the one I felt before my wife said “Yes, I do!” at the altar, transfixed and juxtaposed with the feeling I got when I was flying through a hail of anti-aircraft bullets over Berlin. I pulled the handle to the left and prepared for the impending sight, even though my navigator shouted, “We got it!” I wanted to see for myself. As the sleek and stealthy Mosquito turned, we saw plumes of smoke rising above the prison as the red brick wall had fallen. Yes, the walls did come crumbling down that day, the walls of confinement, the walls of oppression, the walls of limitation! 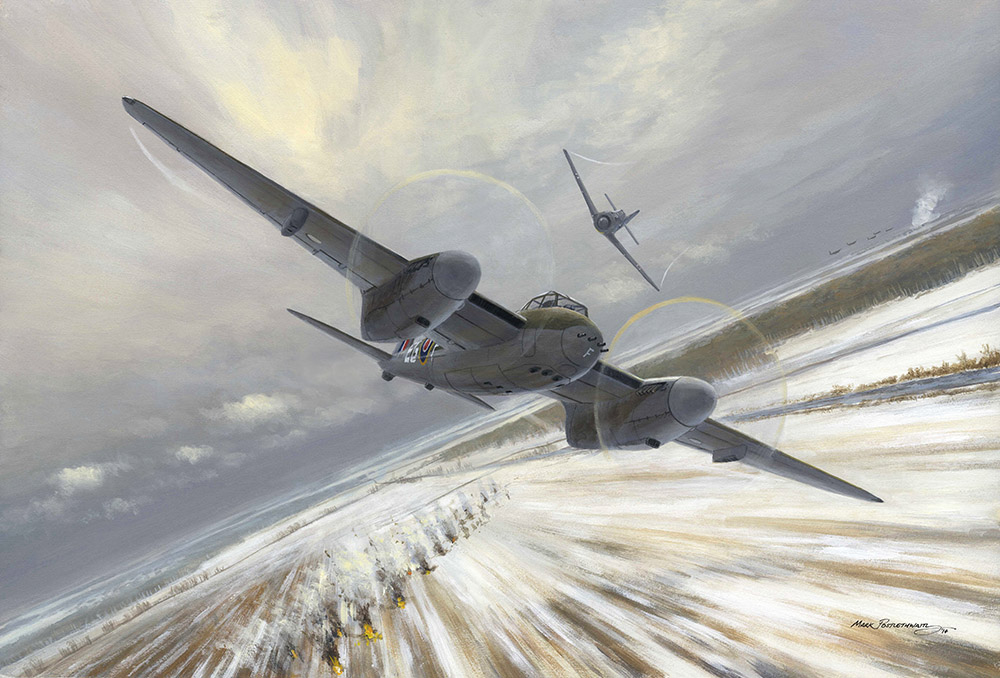 There are numerous war stories which are much crazier and wider in comparison to the Hollywood movies of our times. There some aspects, like the sheer courage, bordering on madness along with precision, that would have been required to complete some of the missions that were undertaken during those times. Operation Jericho was one of them, where four pilots flew through the mist and snowy fog of Germany in order to attempt a prison break from air! That’s right people; tell me if they have made a movie with a plot like that yet!

Riding sleek aircraft made out of wood named the Mosquitoes, this is a story of British pilots who maneuvered their way into one of the most tactically improbable missions of all time. This was a bombing raid which was directed towards rescuing certain members of the French Resistance who were captured and put into a prison in Amiens, in the German-occupied region of France. The objective was simple, remove enough “resistance” so that the French resistance members in the prison, many of whom were about to be executed the next day, could escape without having to divulge crucial and important information to the Nazi forces.

Tripped Out Fact: The French Resistance involved a group of people who took up normal, everyday jobs in the German-occupied France and sought to destroy the Nazi empire from within. They used sabotage and other incognito modes of rebellion against the empire in order to disrupt their activities. These ranged from connecting railway lines together so that trains carrying SS officers and tanks for the German army collided with each, to taking up the position of bicycle repairmen just to sabotage the bicycles of Nazi soldiers and officers! 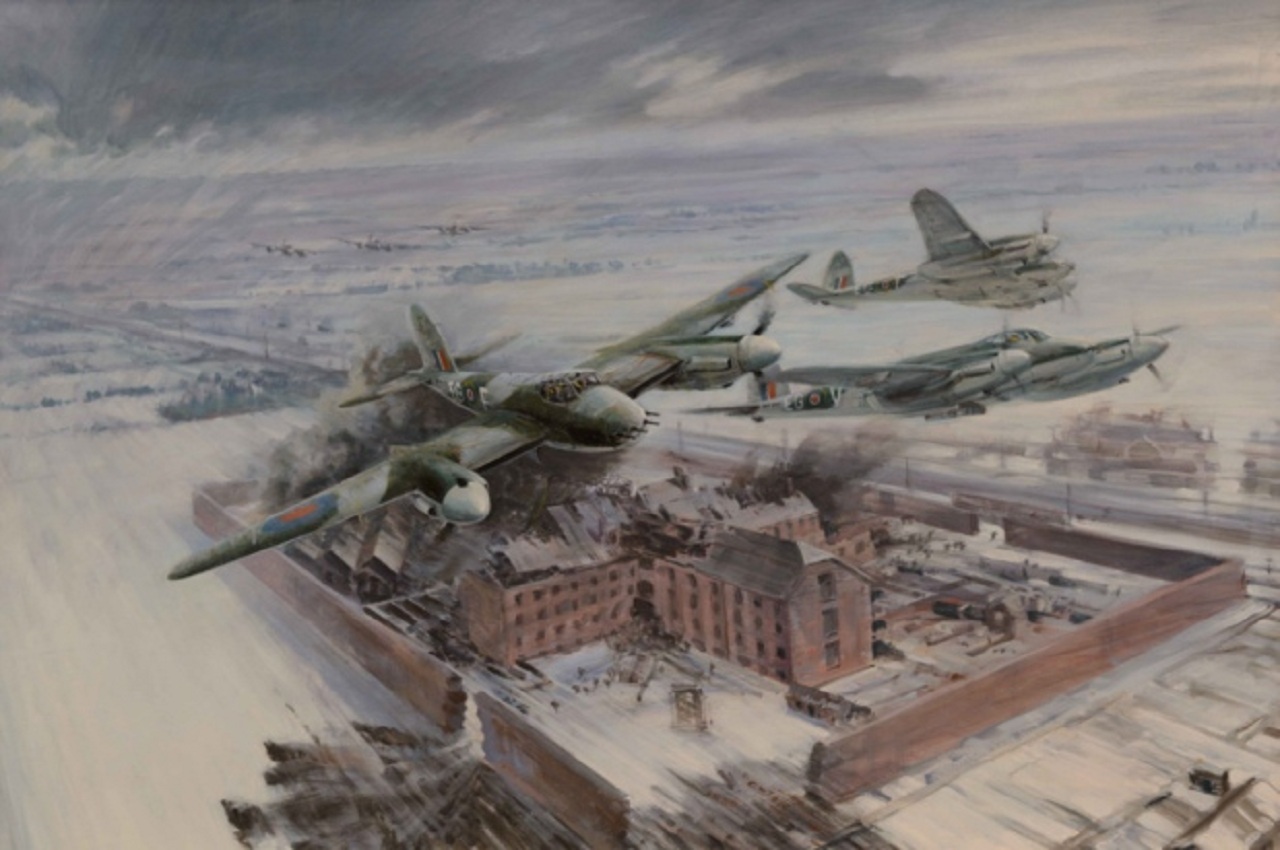 The operation was named Operation Jericho and was a way for the British to help the resistance which was setting Nazi-controlled Europe ablaze with internal attacks of a very stealthy nature from within the regime. In a very metaphorical sense, the raid of Amiens can be compared to the destruction or weakening of the Nazi forces (the walls) so that the French Resistance could thrive and grow without the added limitation of being restricted by the Nazis themselves.

The mission proved to be a great success, where the Mosquitoes were able to destroy the cell block so that the prisoners could escape from it. About 250 odd prisoners escaped, inclusive of several French resistance members. On the flipside, several prisoners were recaptured while about 100 died in the bombing of the prison itself. 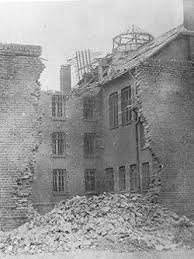 Imagine being within a prison, having heard of feeble news about an airstrike that was going to set you free, only to have the ceiling crash down upon you. You then slowly struggle through the rubble and are struck by the sunlight rushing through the huge gap in the wall through which several prisoners are rushing. You stumble out into the light of the day, having tasted the warmth of sunlight after a long time, when you hear the roar of aircraft rushing above you and the huge crash resounds as the bombs take out the Nazi barracks about 500 meters from you. The Nazi scum deserved that! Out the 20 feet gap you run and stumble, amidst the screams of your fellow prisoners. As soon as you come out of the gap, you see one of the aircraft, the very one that saved you, being bombed down by a Nazi aircraft. You keep running, with tears of dissent and joy in your eyes.

Previous Counter Culture: The Reality of Hierarchies in India
Next The Man Who Fought WW2 After It Was Over, For 30 Years