The Story of Explosive Rats

“Mom! I am going on war! It’s the day they’ll choose someone!” Little RJ told his mother, running to and fro in the transparent tube with his tiny feet.

“I hope you are not.” His mom replied afraid.

“But mom even dad went to war! What if i go there and I see him? I can bring him back.”

His mom sighed in defeat, and said nothing in return but thought, “What if you don’t come back too?”

The men in white came near the tube and spoke in a language only they understood. They appeared proud, as if sending rats to war was extraordinary, and maybe it was. But how good were rats? Could they train rats to be beneficial to these gigantic humans who built their own weapons? Maybe they’ll teach the rats to steal, important things from the other side, which would make them lose!

The men in white had different plans. Little RJ puffed his chest and wanted to be picked up as their hands lingered in the tube.

“The fat one. That small one will be of no use.” One of the men in white said.

RJ’s mother struggled in the air as the man picked her up by her tail and she tried to bite them but couldn’t.

“No take me instead!” RJ screamed and jumped in the tube only to slip again and again. They disappeared out of sight, and RJ kept struggling to get out, as they in their trance forgot to close the lid of the tube. After jumping up and down, for hours he managed to get out and rush to rescue his mother.

Following his gut he landed up right in front of the place where her mother lay lifeless on a tray. But she didn’t have the same beautiful hair that had kept him warm, she was skinned, and there was a rod like structure coming out of her back.

He was too traumatized to move, the only thing he heard was the laughter of the men in white, boasting about their success and plans. The only thought that came to his mind was, “How could you protect your family when you destroy other’s family?”

“Set Europe ablaze,” said Prime Minister Winston Churchill, during the Second World War, to the British secret agents of the covert Special Operations Executive (SOE) equipped with a number of explosive devices to help resistance movements carry out sabotage and subversion, remembering the fall of France in the summer of 1940 and the incidents happening in the year 1941 like Germany subjugating half of the Europe, Luftwaffe raining bombs on the cities of Britain, and U-boats inflicting terrible losses all along the Allied shipping routes. Britain at this point of time needed a new weapon that paved a way to hinder the increasingly threatening Germans in any way possible.

Usually when the dead rat was discovered in the boiler room of a locomotive, factory, power station, or similar installation, the stoker tending the boiler would dispose of the unpleasant discovery by shoveling it into the furnace, causing the booby trapped rat to explode. This helped to develop an idea of filling a small amount of explosive in the body of a rat, which could penetrate a highly pressurized steam boiler and trigger a devastating boiler explosion. Using this concept a new weapon was developed by the British Special Operations Executive for use against Germany named “A Rat Bomb or An Explosive rat”.
The mechanics of the Explosive Rat was simple, the concept was a bizarre, and was nicely summed up. A rat was skinned, the skin being sewn up and filled with Plastic Explosives (PE) in such a way that it assumes the shape of a dead rat. A Standard No.6 Primer was set in the PE. Initiation was by means of a short length of safety fuse with a No.27 detonator crimped on one end and a copper tube igniter on the other end.

According to the plan, one among the SOE officers should procure hundreds of the rodents posing as a student needing them for laboratory experiments, should place a rat among coal beside a boiler. When they were spotted, they would immediately be thrown on to the fire, causing a huge explosion. But as one of the SOE files records: “This device caused considerable trouble to the enemy, but not quite in the way that was intended.” The first shipment of carcasses was intercepted by the Germans and they were exhibited at the top military schools, conducting searches for further exploding rats. Finally SOE concluded: “The trouble caused to them was a much greater success to us than if the rats had actually been used.” 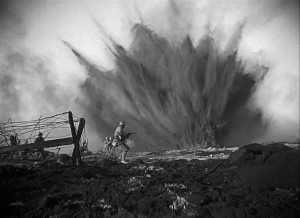 This story begs a question that what if the boiler explosion would have been successful? Apart from the deaths due to explosion, this would have lead to massive assassination of the innocent rats and other animals in experiment just for sake of war. And the days were not so far, where even humans would have become victims to such an experiment. Think about it!

Previous The Man Who Fought WW2 After It Was Over, For 30 Years
Next Avengers in Fatigues: 5 Real-Life Warriors