What is the easiest way to know if we are conscious in everyday reality?

Share
How unconscious are we in everyday reality? How can we become aware of our inherent unconsciousness?
-Ashwin Ramesh
Lord Krishna has stated in Bhagwad Geeta that He is awake when the whole world sleeps. It is impossible for modern man to understand this statement even in its slightest reality.
Let me share my understanding on the technique of meditation that I practice. It is called Vipassana, the technique rediscovered by the Buddha. We human beings have come up with words like ‘conscious’ and ‘unconscious’, and we have attached connotations to them as per our experiences, which is the only way to know reality – the experience. Little did I know, very little, that I am far from conscious. We control out bodily actions, the exterior actions, which may be said to be conscious actions. But then, there are bodily functions which we have no control over and yet they ceaselessly and faultlessly operate; like digestion, blood circulation and purification, immunity, etc. It can not be denied that these functions require high ‘intelligence’ or ‘understanding’; where does this understanding come from? It is in us, isn’t it? The most complex processes are continuously going on within us, it is us, but we know nothing about them, we have no knowledge about them. Do they get their ‘instructions’ from the sub/unconscious? 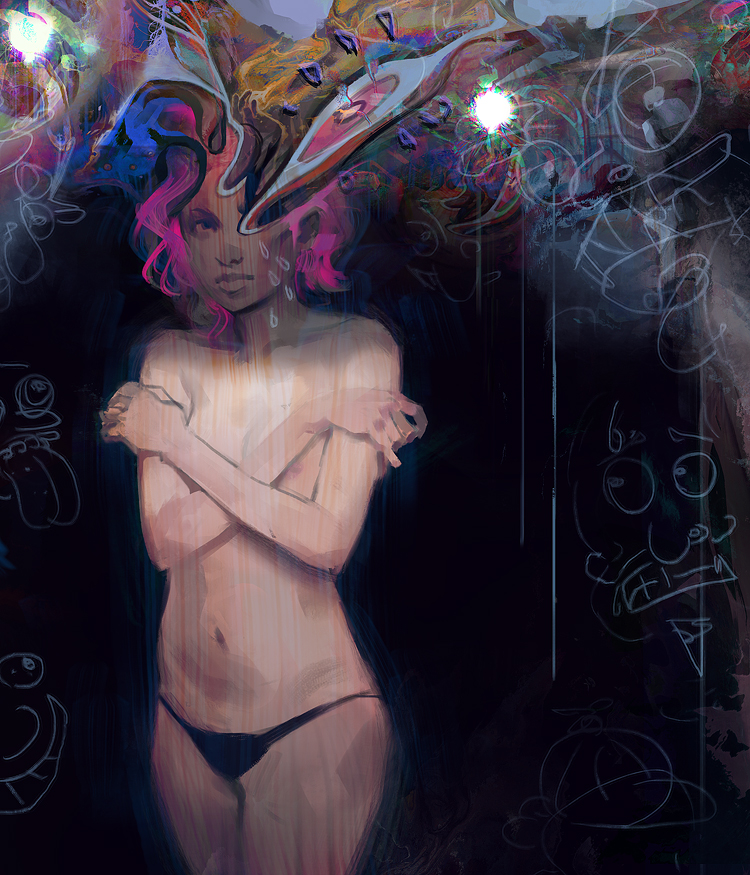 One is initiated in Vipassana through the inherent technique of Anapana. Like digestion and blood circulation, breathing is a sub/unconscious process. It is innate to live, it is the proof of life. During Anapana, one observes the breath; the natural, unaltered breath.This is done for 3 days, 10 hours a day. When one observes the natural breath one takes a humongous step forward. One consciously observes a function of the sub/unconscious. For three days, one trains the conscious mind to observe the sub/unconscious. While observing the breath, the mind wanders away a million times. Though initially it would be impossible to be aware when the mind has wandered away, with time one becomes aware of this. He observes that the mind is focused on the breath, suddenly a thought arises and he observes that the mind is shifting from the breath to the thought. Gradually one gets skillful in this technique of observing the movements of the mind. One sees he is not the breath, he is not the mind because he is observing them both. One becomes aware of the subtlest motions of the mind; his awareness, his consciousness, is unprecedented. Now his conscious actions like walking, talking, eating, etc. have attained a whole new approach. Buddha told his disciples to be aware of their actions.
Sleep is a state of unconsciousness for most. When one fiddles at the roots of one’s sub/unconsciousness there are bound to be changes in the sleep patterns as well as sleep consciousness. My dreams have become very vivid since Vipassana; I remember almost each one of them. Osho has said that to be awake during sleeping is far away for today’s man. First learn to be awake when you are awake; your being awake is a deep sleep.
Have you ever noticed that while we watch a movie after the movie is over, we are in a different position than the one we were in when the movie had started? We are unaware of our own movements while we are awake.
Continue to the next question which will take you deeper into the world of Vipassana and explore the realm of true freedom.
Image Sources: [1]
Further Tripping…
Learn the art of Vipassana as this article touches the tip of what it is to be conscious in the real sense
Here are some questions which show you some of the subtle aspects of Vipassana meditation
Share

Previous What are the basic and most primal aspects of human nature?
Next Does free will exist?