Albert Einstein and Rabindranath Tagore (the luminary-est of many luminaries) met in 1930 in Berlin through a common friend, Dr Mendel (himself an eminent Neurologist and Psychiatrist).

There ensued between them a conversation meandering over the nature of Truth, Beauty, Divinity, Music and glancing upon the different facets of philosophy. There was Science, Spirituality, Poetry and Art. There was a discussion on the subjectivity and apparent illusion of our human perception, and our human penchant for trying to understand the consciousness of the ‘universe’ and describing its intricacies within the limits permitted by the human language. 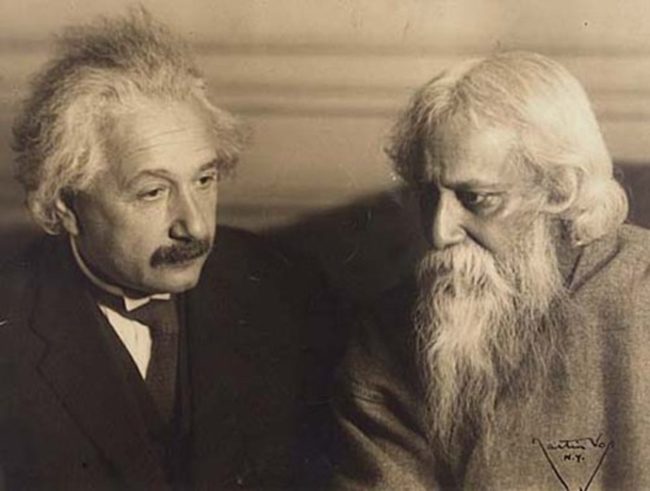 The endeavour of the coming article series for this week is to run through this conversational transcript recorded more than 80 years ago. It attempts elaboration of snippets and quotes from it against a philosophical background; for much of what they said very many years ago provides fodder even today for the basic study of Existentialism. This philosophy is of the view that all humans define their meaning in life, and seek to extract rationality from a universe that seems to be irrational.  Existentialism says that every individual matter and that there has to be an interpretation of our existence in this world to lay a foundation for our very thinking.

The concept of Existentialism is something we have all grappled with, irrespective of quantifiable intelligence, gender, age, sexual orientation and nationality. It tries to awaken us from the auto-pilot stupor created by us that we lie in more often than not, and attempt to break free from living our lives from a place of Pavlovian conditioning. 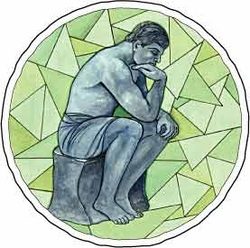 To ask ‘What is philosophy?’ is in itself a philosophical question because it simply cannot be enunciated upon in a definitive matter. It has a very elusive self-definition, but in general, the study of Human philosophy, though vast, can be arguably distilled into the following streams:

Philosophy’s aim, in my opinion: is to cultivate a mind that is insatiable enough to admit that ideas and theories are all very Protean, and thus recognizes the  imbibing of  a multitude of viewpoints to be  a pursuit meritorious in itself.

For example: consider this question that glances upon metaphysics, aesthetics and epistemology at the same time. 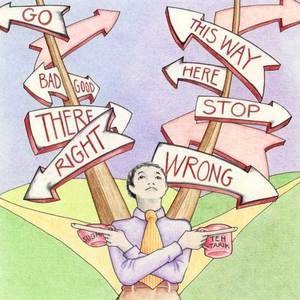 Is a flower beautiful if no one notices it?

One of the beauties of philosophy is that it creates motifs that are relevant in a variety of sceneries.  It is like dipping a paintbrush dabbed with paint into a cup of water. It permeates all throughout, but blends in so well that you cannot pinpoint the exact distinct molecules. It is indiscernible. There is both: the cognitive and the emotional.

So, let’s pick a scenario. If you happen to be indulging in something as normal as working a corporate job ( the assumption being that it has multiple layers of a hierarchy), you would have thought of what the above question denotes sooner or later without even realizing it. And yes, elaborate I will.

The above question about the flower can be morphed and presented in a number of ways:

Once you notice how eye-opening it is to keep dissecting statements that seem so placid and concrete on the surface, you simply cannot escape the grip of asking philosophical questions. So, the next time you find yourself idle, pick a thought going through your head and dissect it, and inspect its very organs. I assure you, the process will be stimulating. So this week, go deep within yourself and question everything.

Previous Terrorists and the Internet: A Solution or a Cause for worry?
Next Reality Dissection 101: The Art of Perception