Where did music theory originate from?

Where did music theory originate from? How intricately is music linked with nature?

Music theory definitely did not originate after the advent of human intelligence. The fact remains that music was prevalent ever since there was sound; it was always there for humans to discover and not as something that we invented. Picture the cry of a bird, the sound of a gushing waterfall, or the sound of wind pining in the tree; this is music at its rawest and most natural essence. The only thing we invented was the language or the theoretical context through which could read music, also called the notations or music theory as a whole. On the other hand, we seem to have derived this theoretical aspect of music from nature as well.

Check out this article we wrote on the evolution of music 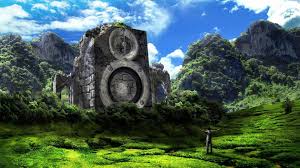 To understand how intricately connected the concept of music theory and nature is, let us take the example of rhythm, which was essentially one of the first musical concepts that we as humans started exploring through drumming. Rhythm as a concept essentially presents an undulating beat or “time”, according to which a song flows. The rhythm has a particular tempo or speed as well. How many aspects in nature fit into this definition of rhythm? Well, aspects such as a beating heart, the rising and setting of the sun, the seasons, all are based on essential natural rhythms which we have learnt to understand, comprehend and reproduce in the form of music. In a way, music is an expression of these natural rhythms through us human beings.

Previous Can we tune into the frequency at which Earth vibrates?
Next What would happen if we stopped sleeping?