On one of our last car trips, near the end of my father’s life as a man, we stopped by a river, and we took a walk to its banks, where we sat in the shade of an old oak tree. After a couple of minutes my father took off his shoes and his socks and placed his feet in the clear-running water, and he looked at them there. Then he closed his eyes and smiled. I hadn’t seen him smile like that in a while. Suddenly he took a deep breath and said, “This reminds me of when I was a boy.” I looked at him, my old dad with his old white feet in this clear-running river, these moments among the very last in his life, and I thought of him suddenly, and simply, as a boy, a child, a youth, with his whole life ahead of him, much as mine was ahead of me. And these images—the now and then of my father—converged, and at that moment he turned into a weird creature, wild, concurrently young and old, dying and newborn. My father became a myth. 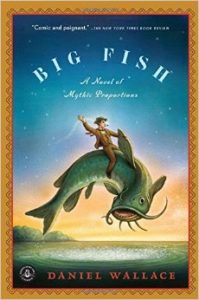 These lines, derived from the novel named “Big Fish – A Novel of Mythic Proportions” written by Daniel Wallace, speaks about the character Mr. Edward Bloom from the perspective of his son, Will Bloom, who believes that the extravagant myths narrated by his father about his past life were the avoidance mechanism, used by him to hide away from reality, thereby causing a rift between father and son.

Will Bloom tries to get into the bottom of his father’s stories, which were filled with classic images and archetypes of a fairy tale such as a witch, mermaid, giant, and werewolf, and the places like  a circus, small towns, and the mythological city of Spectre. He was in search of the reality within his father’s fiction, by understanding his father and reconciling the differences between them, in the little time left as his father was on a death-bed.

Later he learns that the real story of his father’s past life was nothing other than a routine life of a salesman, selling novelty products, led in a way that was neither complicated nor interesting and takes his father into the river, where he meets all those fictitious characters of his story and happily takes his last breath (visualized as he transforms into a giant catfish and swims away) with the satisfaction that Will understood his love for storytelling. 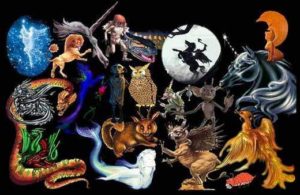 So though Edward wasn’t a writer by profession, he was trying to keep his listeners engaged through fantasising and turning his life into a fiction to reach immortality in the minds of the surrounding people, which in turn made him a big fish in the small pond, called life.

The story of Edward Bloom, in this way, stands as an example of how a life turned into a fiction could make an impact on the readers/listeners by keeping their mind free from the constraints of reason and brings them to a place that operates strictly on emotions. 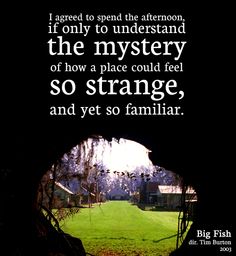 Besides, the emotions of Edward in this novel, mirrors the emotions of the readers, makes them relate his experience with their life (however illogical it may be) and can enhance the emotional quality of the relationship that binds the people with each other.

It also has an impact on the writers by helping them to learn the art of turning their own life into a fiction with some tips like: starting a story with the memory, telling the truth of the story, regardless of the real-life sources, and make sure that the story has an integrity of its own to make the readers feel in the way it should be.

In conclusion, fiction becomes an escape from reality and holds the power to transform the mundane life of an average salesman into the adventures that could be remembered for generations to come – such is the power of fiction. Looking at this, it is not surprising to find people reading and writing fiction with such vigour and passion. It is more than a hobby, it is living alternative realities in one.

Previous When a Calamity Strikes
Next Why is Game of Thrones so Popular?