This is the story of a man whose life was a miserable journey full of hardships. Nevertheless, he did not let any of it cloud his mind. He chose to live inside. “The fruit must be sweet” he used to say. All was going well. Then happened a night. A night, which he could never have forgotten.

He realized that evading his apparent fate had dissolved his character. He had become estranged to himself. The Universe had set the course for the ferry of his life. But it was he who had to find his path around the rocks. He thought he was immune, but was he truly aware? He was a brave man, but that night he faced himself. He saw what he had become. Not facing the countless troubles, he now saw, had made him weak. His insides collapsed, as he learned that all his life he had been asleep; ignorant to the solid reality.

At that moment, shattered as he was, he thought of a terrible thing. His difficult life had secretly taught him determination. Because, however liquid it was, he’d once had hope… 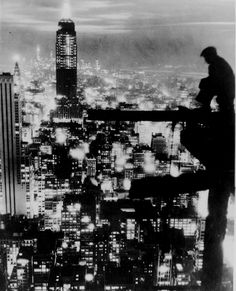 It was winter. The town fell asleep soon. He reached the top of his 33-story building, looked up at the stars and took a deep breath. The wind was cold and soft on his skin. The pleasant feeling was something he was not used to. For a moment – yes just for a moment, he let himself drown in the quiet of the moonless night…

Then he checked himself.

One last look at the heavens, and he found himself wondering if memory really was an illusion… Will he ever see those stars again?

He checked himself again.

Without wasting another moment, he climbed on the edge.”Maybe there is no fruit…” Then he closed his eyes and took the step of his life.

It was not as quick as he had thought…

In what seemed like hours, he experienced every single moment of his journey. The recollection was turbulent, yet easy enough to relish. He went through all the sadness and achievement, the downs and ups of his life. He had enough time to think it all. Now that it did not matter, he was free to be himself.

As he went through the ages, he noticed that he had never actually faced a choice. This was not what surprised him. It was the fact that every time he ‘ran’ away from one, it ceased to exist. It was like an illusion of the desert. Whenever he turned away, the only thing that mattered was the real thing. Direct perception was supposed to be flawed. He had learned an important lesson:

What was the mistake then? His choice. He did not realize that the ferry would, in its way, have to choose a path on its own. The Universe had given him the chance to mold his destiny his way, but he was too blind to accept the gift. Ignorance is bliss they say, but that was a different day…

As he passed the tenth story, he prayed. It was a prayer to something he never believed existed. But belief itself had changed its meaning for him. He thanked for his journey. He knew that memory could be just another illusion. If it was, so could be time. He could be with or without the wisdom after his death. All he could do now was believe.

Deep inside him, a rare emotion tried to creep in. He knew it would surface. However, he tried in vain to suppress it. For what he hated most was regret.

At the fifth story, he gave in to that emotion. Everything was so real now that he wished he hadn’t taken for granted the quiet of that peaceful night.

Now just three feet above the ground, as his vision blurred, everything came clear.

He wanted to go back, live. But it was too late.

Time, they say, could see no more…

I believe some things cannot be known. I also believe that imagination that is conditioned isn't imagination at all. You cannot receive it. It streams through you into your work. Creative things I don't do; they are done through me. It is my escape. I love people and communication. Welcome to the world, reader!
Previous Music in Ritualistic Ceremonies (Part-1)
Next HER 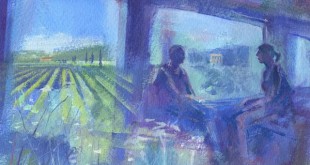 Down the reverie maze

I look over the edge of the cliff, over to the vast immense ocean as …