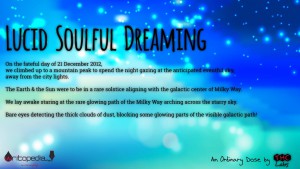 On the fateful day of 21 December 2012, we climbed up to a mountain peak to spend the night gazing at the anticipated eventful sky, away from the city lights.

The Earth & the Sun were to be in a rare solstice aligning with the galactic center of Milky Way.

We lay awake staring at the rare glowing path of the Milky Way arching across the starry sky.

The blissful sight suddenly transformed into a scary night.

Down came pouring heavy rain and we had no roof or no big trees around for shade.

“I feel I will die, I have come too far & there’s no going back from here”

I freaked out! Feeling the same chill myself, I knew not what to do!

rock. I gave her my jacket too!

I felt a chill down my spine as she was turning pale & as sick as never before!

She suddenly stood up & started running down the mountain. Rain still heavily pouring in even

larger flakes, made spots on my spine as I ran to grab hold of her.

The nearest civilization where we could find a roof and basic amenities was 12 km downhill.

Under-dressed and under-prepared for such horrific fate of weather, we would give up before

we could reach there.

I grabbed her, she resisted. I pulled her closer, she stumbled at my feet.

I fell over her and there was silence. With closed eyes both of us somehow thought of the same

She kissed me with an intensity heavier than the raindrops attacking my spine.

Without having to say anything to one another, we had understood that the best way to

combat the doomsday of the nature was to get lost in each other.

That we are a part of the nature and it will protect us, come what may!

When surrounded in pure nature, we need not panic and ruin ourselves in the process. It was

just a matter of night! And our bodies had enough power and warmth in itself to sustain a cold

rainy night on a mountain top.

Suddenly with that realization, there was a new-found energy, peace and calmness on our

We helped each other back to the curved rock, disposed of our clothes smiling at each other as

if getting ready to take a dip in to the divine.

Overlooking the rain & choking our fear, we slowly got drenched in a stream of consciousness

where our minds and bodies were communicating so strong without the need of words!

The moments that followed shaped up the lives of both of us!

As if this was a lucid dream, we were destined to experiment with our consciousness and feel

that oneness with the nature learning some survival tricks.

And in the process, we felt our minds transcending the boundaries of the human body &

bouncing around in the universe in search of the infinite.

The doors of perception cleansed. The mind reaching out for an interaction with the

consciousness fields of the Earth & the cosmos.

A yearning for adventure transpired into the discovery of the purpose of our lives!

I was a virgin before that night and so was she. The impregnation that happened on that day

bestowed us with a gift of nature!

We married a month later while still in the sophomore year at the university.

I am an ethno-botanist who found my tryst with the nature the very same day. She is an

It was later that we realized the importance of this day in the Mayan Calendar, the second

coming of the period of human pregnancy as per the cycle of creation!

Previous Awake
Next Asking and Receiving- I 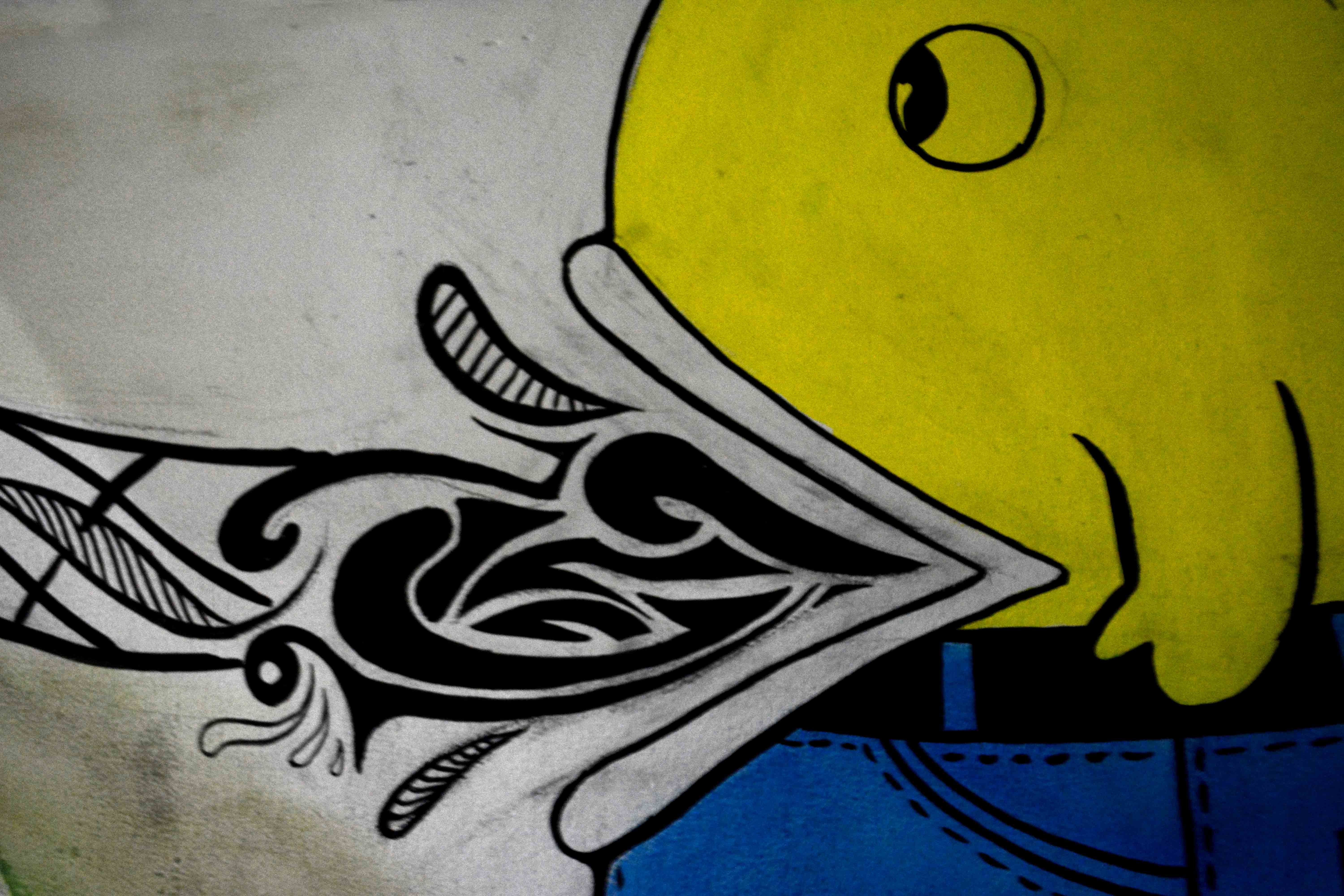 Our story begins two billion years ago… The story of You & Me! Or the …