Part 1: See the Fictional World through the Eyes of a Writer

What do you see when you look out the window of a speeding train? What do you see when you lie down on the back seat of a car and watch the moon follow you around? I remember my English teacher in school telling me that a poet is someone who could see an entire universe in a rose bud drenched in the morning dew. I was in the sixth grade back then and I must have thought that all poets were a bunch of nut cases. 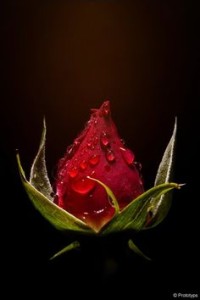 But eighteen years later, I now know that I belong to a clan of such poets or writers who coexist in a world of fiction as well as in what you call as the reality. I often feel like the Schrödinger’s cat trapped inside that big ominous black box, who’s said to exist in a state of duality. Writers like me have come to accept the fact that often the reality is just not good enough. Sometimes we acknowledge its existence just as a mere source of raw material to construct our own original worlds. It’s a power unlike any other with which we get to turn a girl into a goddess, immortalize love, bottle up a genie, churn up epic battles, make animals talk and much more; a whole universe stands at the tip of my pen like an anxious drop of honey, waiting to violate a helpless stack of paper. It’s an obsession, no doubt, that’s what it is. But it’s also a humbling power that opens our heart to an immense amount of love for life and teaches us to be tolerant. 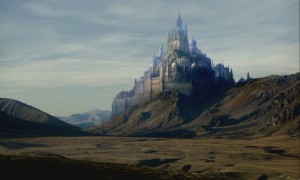 I was part of an adventure a few months back, an integral member of an elite squad vowed to see the marvels of the great Monsoon Palace and seek blessings from the goddess residing there. The Indian swordsmen (i.e., me), the Canadian hunter and the Chinese sorceress set out on a brave mission knowing little about the perils awaiting us.  We walked miles in the desert, beneath the unforgiving sun, while people looked at us with frightful curiosity; our pace was steady, our hearts were hungry and our eyes were fixed on top of the hill, ahead of us where the great palace awaited us with its elegant treasures. The trio reached the bottom of the hill after hours of walking without repose only to find the entrance heavily guarded by the evil watchmen. They demanded 1000 gold coins for each one of us but we refused to yield to their outrageous demands.

“What injustice is this? We came only to seek blessings from the great goddess and to witness her splendor. You demand 3000 gold coins for that?” the Hunter asked through his gritted teeth.

“Law is the law. Either pay or go to back to the hole where you came from,” the chief guard mocked us.

“You dare insult us? We shall slay every last one of you and I shall take your head personally as an offering to the goddess,” I said and unsheathed my sword.

The hunter and I prepared to charge at them while a dozen of other armed soldiers surrounded us. But the sorceress interfered.

“Now calm down boys. We’ll just go back, get more money and come back to seek blessings first thing in the morning,” said the sorcerer and winked at us. She had found another way and she was smart enough to see that even with our combined abilities the battle had great odds against us. We sheathed our swords, acted discouraged and left quietly.

The sorceress had discovered a magical interference half way around the hill, a flaw in the magical defenses of the fortress walls perhaps? We hoped that our instinct was correct and followed the hunter who was the tracking expert while I kept an eye out for the guards. When we reached the source of interference we didn’t find any crack in the fort’s defenses but a much stranger surprise awaited us. 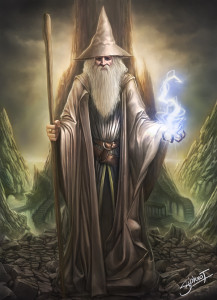 An old wizard stood before us, keenly involved in labor with some men. The tiny feeble looking men were cutting and chiseling away chunks of rocks and their eyes were brimming with conviction and dedication. We approached the wizard who greeted us with a welcoming smile and explained our plans to him, hoping that he would be of some help. He laughed out loud and said, “A dense forest lies on the other side of the wall where man-eating panthers and cheetahs lurked, climbing the wall could a fool’s errand.”

He also told us that the magic guarding the fortress was very strong and even the most powerful spells could not guarantee success hence the chances of penetrating the defenses were almost zero. He felt pity for our weary faces, he invited us to his house, to take rest and replenish our stock of food and water, which we graciously accepted as we were now physically worn out and mentally disappointed. We followed the great wizard through the narrow dirt road in the woods, flanked by thorny bushes on either side and ended up in front of a giant granite door. The wizard gently touched the mammoth door with his wand and it opened up so smoothly as if it was just made of feathers. 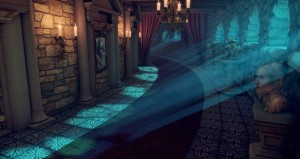 The wizard’s ‘house’, was an enormous magical palace made entirely of stone. The rooms, basins, crucibles, fountains, benches; everything was made out of rocks from around the world. Several varieties of marble, granite, ruby, topaz, slate, diamond and every other mineral that men have found in the earth’s deepest treasure chests were used to construct his magical fortress. The beds were made of soft graphite, and the mirrors were polished diamonds; each room of the Rock palace was made out of an exquisite combination of minerals which gave them magical as well as medicinal properties. The wonders that we witnessed were too grand to be understood by our limited intelligence and too vast to be written down as words.

The wizard clapped his hands and two servants appeared with refreshments and the finest fruits that we had ever tasted in our lives. We walked around in awe in his castle and his garden, unable to comprehend as to how someone could establish such a perfect harmony between nature and architecture in the middle of a barren wasteland. We sat down under the shade of a tree nearby and felt our hearts filling up with happiness. We no longer craved for the glittering richness of the palace. As for the blessings, we felt that our goddess would always prefer to reside in this richness of nature rather than within the suffocating walls of pompousness.

We laughed heartily, shared stories about our homelands, our dreams, and our past adventures, forgetting the perilous journey and the unforgiving sun of the desert. By the time we started our return journey it was almost dusk and we looked around for the amiable wizard. Unable to find him, we thanked his servants for their hospitality and moved on. No one said a word as we walked back and the length of the road no longer frightened us. We knew in our heart that we had been blessed by our goddess as she was the one who had guided us to that hidden paradise. I turned around to catch one last glimpse of the palace on top of the hill where the sun was now kissing the palace’s forehead as it slowly inched towards the end of its journey. I paused for a moment before I too joined my fellow warriors; the road was long and new adventures awaited us.

Previous Ludo: The Game of Life
Next Part 2: See the Fictional World through the Eyes of a Writer