little stick burning between his fingers, he recognized its beauty. Such beauty. He took a puff, feeling

the smoke swirl in his mouth, his lungs, and devoted all his senses to that one little breath, as he

exhaled, letting it out to create the magical wisps of patterns in the air. He knew it sapped the

energy, the stamina, the strength, the life out of him. The doctor’s words. And yet, he felt afraid…

Afraid, to give it up, to live without the feeling of sheer contentment, of completeness that filled

him, as he smoked his last…

Hell…! He flopped down on the bed and stared at his feet. The weighing scale lay a few feet from

him; his eyes avoiding it. He felt tense; his hands began to sweat. Two kilos… The scale mocked him

as he tried to calm his senses. He felt the tension unfurling within him. All of a sudden, he felt

repulsive and unattractive; hideous. He got up, walked to the kitchen, and pulled out everything

from the refrigerator, including his favourite beer, dumping it all in the trash can. Water and a

couple of fruits a day, paired with several hours working out. Only then would the charm work. It

The mirror lay in cracked pieces on the floor. It couldn’t be. She touched the corners of her

streaming eyes, feeling the slightly wrinkled skin. The first sign of the approaching decay. Age – the

awful, ugly word. The Death – of Youth and Beauty. She clenched her fists in her hair, shuddering at

the thought. Her heart thudded in her chest. She cursed life, groaned and moaned and screamed at

the unfairness of it all. She had been running from Nature, defying the facts. And finally, it had all

caught up with her.

The results lay in her hands, her chest heaving as anxiety overcame her. Her breathing was

laborious, her stomach twisting into knots as she stared at the test stick in her trembling hands. She

tried to breathe, calm herself down. It didn’t work. She could hear her mother’s voice screaming into

her ears, could see her father’s face go slack with shock as his eyes went devoid of all emotion for his

once-daughter. What would she do? She must speak to the father. Shivering, she tried to stand, but

her knees were too weak. She picked up her phone with frail hands and dialed.

Her little feet carried her swiftly along the narrow lane. She stumbled and fell, scraping her tender

knees on the rough tarmac. She scrambled around the corner, sitting as quietly as possible, hardly

daring to breathe. That horrible man had followed her as she was skipping home from the

playground. She heard his footsteps as he neared the corner where she hid in the shadows. She

smelled the stench of his sweat, the heat of his skin as he crept closer to where she sat, praying that

he wouldn’t find her. Suddenly, she felt a rough hand clamping her mouth shut, her scream dying in

her throat. She wondered what he would do to her as she felt herself being whisked away…

He couldn’t stand being seen. Not again. He was tired of it all – the constant interviews, the

impertinent questions, the struggle to remain calm as the media shredded his life to pieces, whether

his agent considered it good publicity or not. Stealthily, he went around the mansion; his so-called

home, where he found no privacy except for the sauna in the basement. He slipped through the

trees surrounding the back door and slowly crept along the shadows, hoping with all he had that the

door would be open, and he would be able to slip by to his sanctuary of peace and quiet. As he

neared the door, he heard the click and saw the flash a few feet away. Cursing his luck, he ran.

Away; far away from all the glitz and glamour, the money and power. Far, far away…

He was taught to never be afraid. Never be deterred from his goal, even if it was a terribly dangerous

one. He was trained to be unemotional, to never let his feelings interfere with his work. And yet… 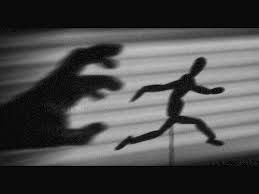 His heart rate increased to a loud staccato, his pulses leaping. He had to retrieve the document; that

was all. Then why did he feel the sudden urge to drop it all and run in the opposite direction, as fast

as he could? Why must he not embrace his fear, for once? Why was it weakening to be human? He

tried hard to push these thoughts from his mind, and focus. He picked the lock silently, and stepped

into the room, heart in his throat. Abruptly, he turned, and walked out, closing the door behind him.

Arpita is a believer in potential - positive or negative, with her feet firmly rooted in Reality and her mind soaring in the Surreal... She aims at attaining true Balance, within and without. Writing is her expression of all she perceives; exploring her mind, her senses and her environment.
Previous First tasting of THC Labs’ 5 layered biryani
Next HERO 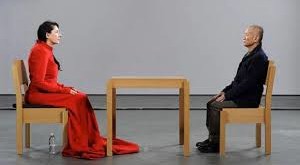