In Cinemas Now #1: Why ‘Inside Out’ should explode your head 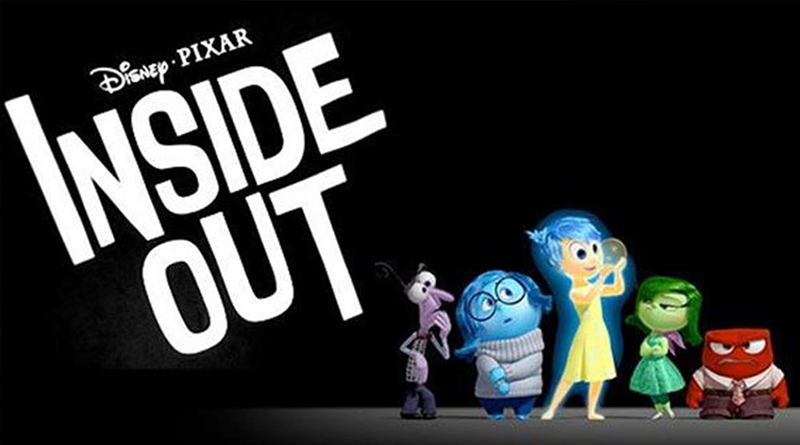 It all begins with, “Do you ever look at someone and wonder what is going on inside their head?” Well, after a PIXAR-short titled ‘LAVA’ that is, which by the way was wonderful – watch a preview here.

Getting back to Inside Out, the filmmakers have clearly explored much science that goes on inside our heads to come up with such titillating an experience. However, it might so happen that a casual viewer would miss out on some if not all the undertones that make the film an utter delight; and hence the need to read through this article.

And even though the film is not made from an entirely metaphysical standpoint, it creeps in whenever there is talk of dream productions, and memory storage and retrieval, and imagination islands to name just a few. But, because the way animation films are created, click here to learn it straight from PIXAR, the attention to detail is a crucial component and so making readings from the way the characters are coloured or the way things are textured, should make you ask a lot of why’s. Simply trying to answer a few of these, instead of only indulging in the candy coloured madness some scenes can become, would make your experience watching the film a lot richer.

Inside Riley’s head, 5 emotions namely Joy, Sadness, Fear, Disgust and Anger are shown running things from the headquarters with a screen that shows what Riley is seeing through her eyes and also dreams that she is only imagining, not seeing. This screen bears much resemblance to the idea of consciousness accepted by many in Artificial Intelligence research, one of them being Marvin Minsky who says, “Consciousness consists of little more than just lists that flash from time to time on mental screen displays that other systems use. It is very much like the way the players of computer games use symbols to invoke the processes inside their complicated game machines without the slightest understanding of how they work.” Perhaps the filmmakers agree with this, and also that they’ve not depicted these 5 characterised emotions as being concerned with how the personality islands or the long term memory departments or any other really operate, but only as having cause-effect understandings of their functioning.

Things I learned from Inside Out,

In conclusion, the idea of a self exploratory existence that I’ve been hinting at, appears quite fantastic but very possible and I believe this is what many of us need. To revel in the joys you’ll find hidden inside, answers to much of the questions of life and further. It’s a journey, probably to the infinite. Indulge.

“Do you soul-surf within your own head?
Do you travel through your unconscious as Carl Jung would say?”

An alternative standpoint from a philosopher’s perspective here

And a the trailer to the film