“It takes one-tenth of a second for an individual to create a first impression, which is usually a lasting impression” stated Zaq to the beautiful woman on the right. She crossed her legs, inched a step back, alerted her eyes and put on a fake smile to let the thought pass. His one tenth of a second was over and he was judged. Mr.Zeren didn’t have to go back to his days in class as the disinterest was evident on the topic of woman nonverbal communications. She went back to her seat and so did he in the waiting room. He waited for the doctor who should be here any moment. It was about time for him to be here, but as Zaq waited he pondered about his past glories.

Two-thirds of all our communications is nonverbal. The parameters by which we interpret them are visual cues that include body language or kinesics, distance or proxemics and physical environment, haptic or touch and paralanguage which include your rate of speech, the pitch, volume and other characteristics. But the most powerful factor is oculesics, which are the actions of your eye. There is a reason why they tell you, your eyes are the window to your soul.

“But Mr.Zeren, does that mean that unlike verbal communication one can’t lie through nonverbal means of communications?” asked the young girl in the last row. In his four months of teaching, this was the first valuable doubt that captured his interest. 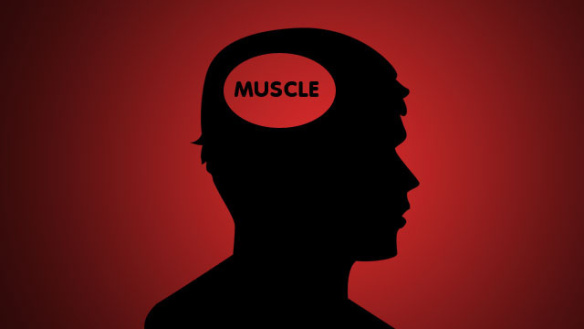 He was never a teacher by profession. He was a trained behavioural psychologist, a part-time employee of the government and a full-time philosopher. He sat with his salad on the table alongside his old textbooks, food for thought. How honest are nonverbal gestures, he pondered. At a distance, he watched a young couple fight, harsh words flung at each other. The boy pleaded for forgiveness whereas the girl begged for a break. One would have interpreted their situation as such if words were the only form of communication. But, as Mr. Zeren peered deep into the boy’s eyes that wandered around and girl’s posture that contradicted her words, he perceived an ironic interpretation from the obvious.

You don’t speak language, Language speaks you.’ When the poststructuralist stated these ideals they were extending the works of anthropologist Levi-Strauss on his understanding of language.

Body language fascinated Mr.Zeren. The years of training had conditioned him to look beyond the verbal attempt of communication. Quite often, this pricked as a con rather than a pro. The truth is bitter, and the taste worsens while you are the only one consuming it. The government hired him as their personal lie detector. It was a dirty job that someone had to do. Someone with a special skill or curse was assigned the job. Mr. Zeren took it up for two reasons, he got to travel the world in the name of research and it paid well. 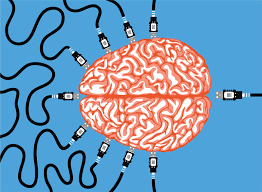 The beautiful woman in the waiting room had left. He looked to his left and then to his right, he was the only one left waiting. He looked at the door that would open, inviting him inside. The singularity of him in the room made him feel uncomfortable. He wasn’t much of a social person but a human presence was intoxicating. What are we comprised of? Energy. Our existence and the collection of all our actions during this short life span can be broken down into thought, neural pathways of energy. Energy cannot be created or destroyed, only transformed and transferred. Even when we lie through our words, this neural energy that has created a circuit in your brain leaks its energy in the form of a nonverbal language. It is on the basis of this that good actors are able to trick their mind into believing a lie which is usually in the form of a ‘script’. They are able to convert an imaginary situation into reality by altering these neural pathways and circuits such that there is a sense of honesty in their acting (or as a behavioural psychologist perceives their nonverbal communication).The eyes are windows to the soul and how often have we been captured by great actors because of their eyes. It is the most powerful medium to transfer this energy, these messages between individuals. A holy communion of communication, where one’s senses are heightened and perception vulnerable to alteration under influence.

Mr.Zeren was never cynical towards the job that the government gave him. Every case was a new learning opportunity of the human toolbox of communication. But travelling taught him something about the universal cry for communication. On an expedition deep in the forest of Zambia in Southern Africa, Mr. Zeren had to accommodate himself with a native tribe for around two months. Most of the natives spoke Lunda whereas Mr.Zeren had learnt English, French and a few words in Latin. This precarious situation laid a base for his theories about how nonverbal communications are primitive and an intricate means of communication.

The first few weeks were hard adjusting to the food habit and the  climate. But a handicap of the verbal language reduced me to my primitive self. I constantly had to rely on gestures and other nonverbal cues to survive. I started observing how culture influences context and hence there is a difference in expressing an idea but at the same time there exist certain universal symbols that prevail. Cultural contexts may restrain an individual from acting out certain emotions probably because history and tradition have taught them a different interpretation of expression. But this doesn’t impede communication on a basic level. Nonverbal communication is very primitive. We can draw parallels between the styles used by early human beings and animals while understanding the addition to our complexities with the advent of evolution.

Anxiety was evident on the patient across the waiting room but Mr.Zeren tried to dig a bit deeper. Restlessness, pupils dilated, sweating profusely and a foot tapping on the floor in a periodic rhythm. Was that fear or frustration he was resonating? Culture tends to influence nonverbal cues but Zaq couldn’t identify the stranger’s place of origin. His face did seem to feel familiar. He thought of all the countries he had visited. He started to think about Russia 1996. That was the last time the government employed him due to incidents that made the quality of his work unreliable. 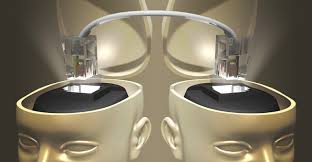 Cultural contexts influence nonverbal cues, which tend to be more truthful over language. Actors do have the odd duty to train the mind to truthful express a lie. It is here in Moscow that Mr.Zeren met an underground theatre professor who experimented with Meyerhold style of biomechanics. It is a process where actors bring life to a character by building him from the outside to the inside through unconventional bodily distortion that provokes corresponding emotions. Something strange happened on the 30th of January 1996. The professor invited Mr.Zeren to a very intimate performance, he was the only audience member. Right before the performance, the professor confessed that he and all his actors were extra-terrestrials from the planet ‘Somsoc’ who were trying to communicate to the earthlings through this play. Mr.Zeren smiled and sat on the designated seat. Nonverbal cues have certain universal elements that help transcend cultures on earth. But what about the other planets? Why did they not resort down to verbal language? Something on paper, radar or sonic that could be encoded and decoded, which leaves a trace of evidence such that people might not assume I’m crazy. There are certain limitations of different types of language. For example, umami is a word used in Japanese to express a different type of taste besides the sweet, salty, sour and bitter that we do not commonly use in most western countries. I began to wonder if it was the same with body language if there was something more than what words could conceive. Something exclusive to nonverbal communication. Perhaps that is why they communicated to me through such exterior means of thought. 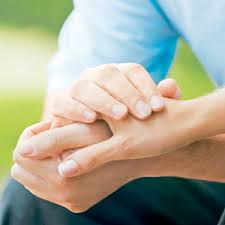 This anxiety expressed by the stranger in the room soon turned into panic. The doctor had not come in a long time. Mr.Zeren looked down to check his watch only to realise he had forgotten it. The stranger started walking briskly up and down the room. The room was small and the stranger wore a white shirt and pants that made him dissolve into the white walls. Mr.Zeren stood up and stopped him, “How long have you been waiting?” he questioned. The stranger replied, “Almost twenty years!” He didn’t seem strange anymore. Zaq Zeren recognised that face.

No man is an island. The existence of a mechanism that constantly encodes and decodes messages, involuntarily, subconsciously and not verbally with a human being is a fascinating process. This nonverbal communication might be between two human beings, human and animal, human and nature, human and stimuli. If a human is deprived of these potential partners that help exchange the information, this communication may occur within himself. He acts as the stimuli and sense, to which his perception alters on two different directions of the continuum. The average human being has labelled this condition as insanity but then again an actor gets paid to honestly react to an imaginary situation that he has turned into reality.

Previous Communicating with Animals: The Voices of the Primal
Next Communication through Music: The World of Visual Sound