The Observer and the Observed: How Do We Let Art Do What it Does Best?

There are people who see the world as a canvas and then they paint the world with emotions, colours, moves and words. Every time you see a person doing that you call him an artist. Indeed he is an artist because he makes you see what you usually fail to see. He shows you reality in a way that you accept it and be motivated by it. People get treated a lot better when you recognize them as artists as they are the microscopes of our society, studying the world in depth and painting the simplest form of the most complex feelings or scenarios. On the other hand, artists may also exaggerate simple emotions, feelings and dissonance in such a way that you see through everyday reality in a more clear and pure way.

One such artist would be ‘Pawel Kuczynsk’. I was very impressed and inspired by the way Pawel with a fragile simplicity captured reality and painted it out in the form of paintings which blurred the lines between abstract and direct. Something touched me and hit that spark within me when I was swiping through the paintings and I wrote down my feelings for each piece. Then it struck me, is the art serving its purpose? Do people see it they way Pawel wants them to see? So I targeted a few people with different backgrounds, I showed them the images of the paintings and asked all of them to blurt out to first sentence about what the painting made them feel or think. My subjects were, a widow, a teenager, my gardener, a work colleague, a fresh couple and a person who had no interest in art (unless it’s a movie).

For each painting, I observed that people with all these different mentalities and mindsets had identical reactions. They giggled at the sarcasm that the paintings enclosed. They grinned at the bitter reality that they portrayed. They agreed with each painting and praised the simplicity of the work and the complexity of the message. They really felt that they were part of painting and they all mentioned that we do this; this painting is for me, this is me, this is what I do, and it’s a mirror with a different angle.

Just then I asked them to wait and consider this question,“is this art? Would you call this person an artist?” the answer was unanimous as they all said “Yes, absolutely”. I proceeded further with my experiment, seeking permission to show them something more intense. I showed them the art work of “Damien hirst – mother and child (divided)”, which basically consisted of a cow and a calf bisected and preserved in four tanks of formaldehyde. 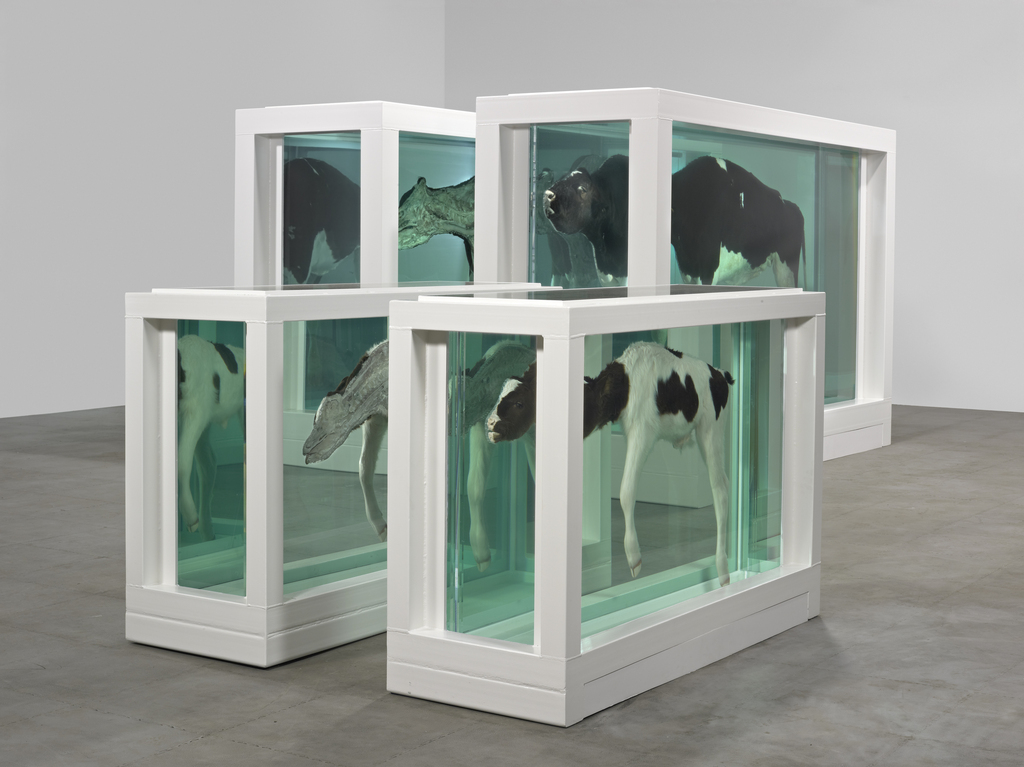 The reaction of my audience was “what is this? Bio lab specimen? Where is art in this?” One of my audience reacted “look close, it shows we are all the same inside. It’s the exterior that makes one admire beauty but the interior is all the same.” I smiled, a few agreed and few preferred to ignore and move on to the next slide.

The next piece of work was a video of “Transfiguration – Oliver de sagazan”. The video shows the feelings of a man underneath the clichéd existence. The shades of frustration. The originality of the horror of what one holds within, hiding it from the world for the fear that the world will call him a freak. The brilliant performance of Sagazan kept my audience engaged for the duration and the reactions were varied into groups. A group agreed that they feel this inside. A group said, it wasn’t something they would like to watch again. The single widowed lady just had teary eyes.

My next demonstration was “The Rape –  René Magritte”, a piece which instantly received an approval from my audience. They all appreciated René Magritte for how she captured the reality of rape. My audience was now engaged and was staring at the art work for more details. The more details they extracted the more they appreciated Magritte for she had delivered the message in the simplest form. The abstract way in which she conveyed in the inherent stereotypic insolence that a rape victim has to bear was one of the points that made the painting shout out loud! 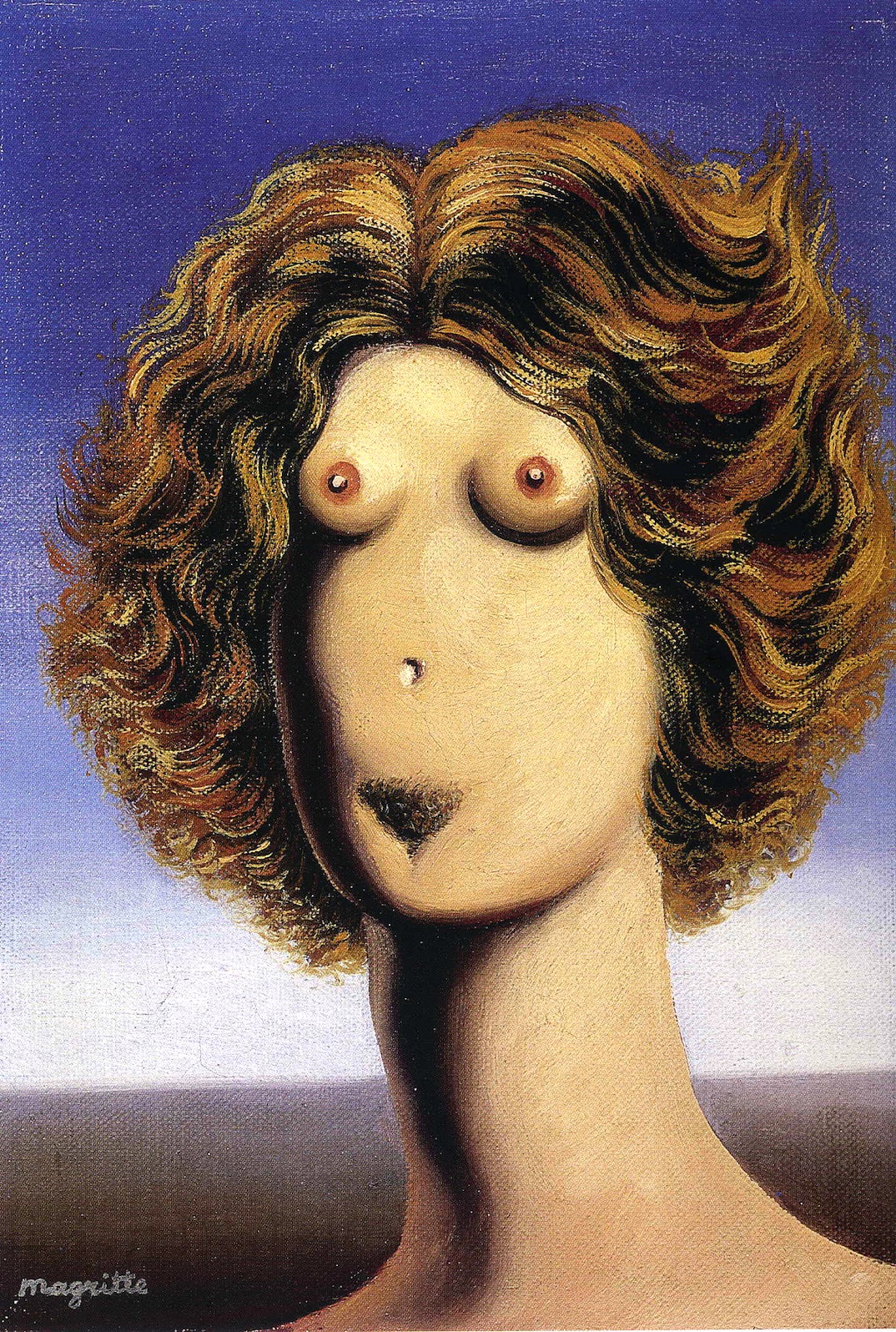 Moving further I showed them the image of “Fountain – Marcel Duchamp”. My audience was now in a fix as to how this was an art piece? There was a little hustle and general disapproval as to how people considered this urinal as an artwork. The gardener urged me to skip the slide. The person who seemed uninterested in art suddenly said “What is this thing?”. My audience did not feel comfortable with it, they demanded no explanation  on what the artist quoted for the piece, and a whole world of interpretation, memories and possible realizations was swept down the drain of human ignorance. 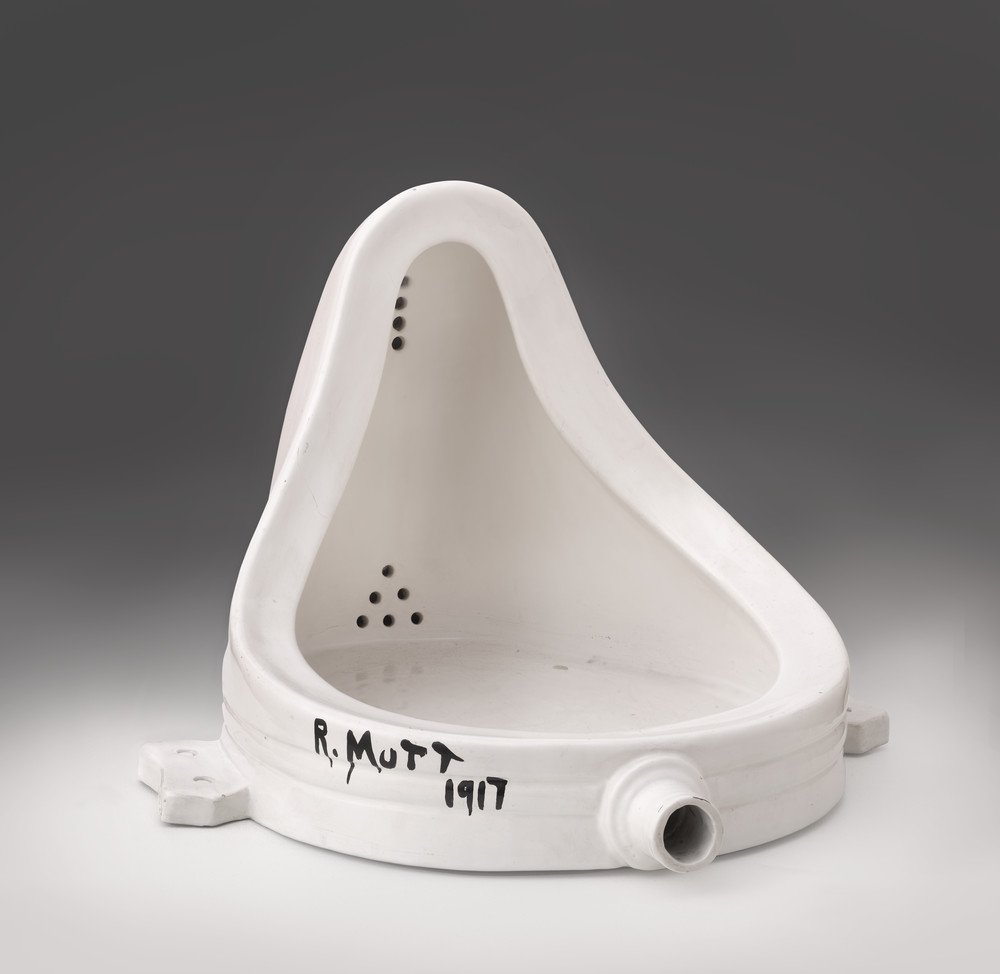 I then showed them a clip of “The artist is present – Marina Abramović”. It is amazing how a person can transfer emotions by a mere look. The possibilities of thought transfer. The serenity, the simplicity, and the mundane feel that makes the person involved, felt rather than just being seen. My audience called this a hypnosis experiment, yet found it entertaining and approved that it was a rare art, which needs to be more popular.

As I showed them the clip, I warned them that the next artwork can be disturbing in quite a few ways. I asked for permission before proceeding. Without a delay after seeking my permission I showed them the “Piss Christ – Andres Serrano”. My audience was now in a dilemma as to what this is. A picture of Christ? How is this disturbing? I did not read them out the description from Wikipedia but I asked them to read it themselves as I scrolled down.

The description is as follows:

The photograph is of a small plastic crucifix submerged in what appears to be a yellow liquid. The artist has described the substance as being his own urine in a glass. The photograph was one of a series of photographs that Serrano had made that involved classical statuettes submerged in various fluids—milk, blood, and urine. The full title of the work is Immersion (Piss Christ). The photograph is a 60-by-40-inch (150 by 100 cm) Cibachrome print. It is glossy and its colors are deeply saturated. The presentation is that of a golden, rosy medium including a constellation of tiny bubbles. Without Serrano specifying the substance to be urine and without the title referring to urine by another name, the viewer would not necessarily be able to differentiate between the stated medium of urine and a medium of similar appearances, such as amber or polyurethane.

Serrano has not ascribed overtly political content to Piss Christ and related artworks, on the contrary stressing their ambiguity. He has also said that while this work is not intended to denounce religion, it alludes to a perceived commercializing or cheapening of Christian icons in contemporary culture. 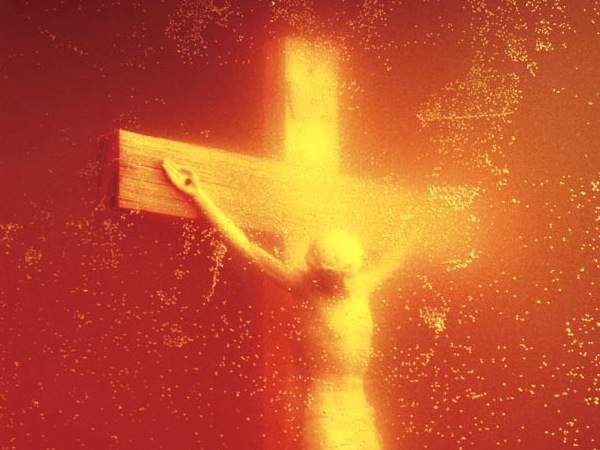 The art critic Lucy R. Lippard has presented a constructive case for the formal value of Serrano’s Piss Christ, which she characterizes as mysterious and beautiful. She writes that the work is “a darkly beautiful photographic image… the small wood and plastic crucifix becomes virtually monumental as it floats, photographically enlarged, in a deep rosy glow that is both ominous and glorious.” Lippard suggests that the formal values of the image can be regarded separately from other meanings.

My audience was now restless. They did not agree for this to be any form of art. An atheist then said “I do not believe in god and all the crazies but this is something that’s not art for me”. One from the other corner said “This is sin”. I did not debate further as I was the one observing and capturing emotions throughout, to understand how people interpret art.

Art is supposed to be like a game of Chinese whispers, where the artist whispers and the message is transferred with no loss. But I feel the receptionist who accepts the art should have the same tuning and a clear mind that holds no boundaries, a mind which has the ability to accept the art as an art, as something that has the power to touch something beyond the belief system which the reciever embodies. There are so many colors of emotions in a portrait of black and white. There is a loud sound in a mute mime. There is an entire world on a blank canvas. There is you and me and the whole world that is full of bliss in an art piece, an aspect that remains unseen. I guess that is what artists do, they show us the reality which we don’t dare to acknowledge. I believe that is why we need artists who dare to go beyond the fear of rejection to tell the truth and to show the colorful soul of the monochrome which remains unseen to the eye of the commoner

Previous The Culture of Dissidence: Why Heavy Metal Chose Me
Next Dante’s Inferno: The Art of Walking Through Hell