“Deeds of giving are the very foundations of the world.” 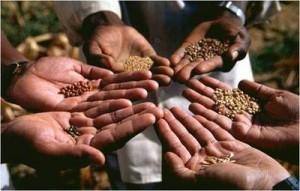 From times immemorial, farmers and agriculture have continued to be the heart of India’s economy. Before the Green Revolution changed the face of Indian agriculture in 1960s, farmers did not always have the money or resources to buy their seeds. Most of the times, they saved the seeds or any other reproductive part (such as tubers, bulbs etc.) of the earlier harvests which could be later used to grow in the coming seasons. This practice known as “seed saving” has been prevalent since ancient times and served as the most important technique to grow and preserve various crop, flower and herb species. The ‘saved seeds’ were either grown or given to other farmers in exchange of other plant seeds. From a social perspective, the practice of exchanging saved seeds also helped in strengthening bonds between families and communities.

The advantages of growing plants through saved seeds are numerous.

However, with the advent of Green Revolution and various other technologies that took over the agricultural scene, the farmers started buying hybrid seeds from markets. In addition, the onset of GM (genetically modified) crops such as Monsanto’s Bt Cotton and Bt Brinjal pushed the seed saving practice towards redundancy and farmers towards suicide. In spite of incorporating modern technologies, farmers found both their land fertility and crop yield decreasing.

As an attempt to salvage th

e damage done, “Save the Seeds” movement (also known as “Beej Bachao Andolan”) was initiated. A group of farmers under the leadership of Vijay Jardhari from Jardhargaon in Uttarakhand, re-started the practice by visiting nearby villages in search of indigenous seed varieties. Their extensive and laborious search resulted in finding around 250 varieties of rice, 170 varieties of kidney beans and many others which were believed to be lost to modernization. There are many NGOs working parallel to this movement and slowly many seed banks are mushrooming, thus aiding conservation of indigenous seed varieties and promoting agricultural biodiversity.

Watch this 2-minute video to understand the ill-effects of modern farming & why Vijay Jardhari is hailed as the ‘Seed Soldier’.

Cooking has been traditionally defined to be a woman’s job. Hence, it should come as no surprise that women farmers are the primary seed keepers in India. The seeds are threshed with neem leaves and preserved by sealing them in baskets. However their agricultural acumen is often undermined by various agro-scientists and government. Many NGOs vouch and bank on the women’s knowledge and experience in identifying various indigenous varieties and take their suggestions in relation to farming techniques. In Karnataka, GREEN Foundation was set up in 1996 with five women and handful of indigenous seeds. This organization has been successful in converting arid regions into arable lands while promoting and conserving seeds simultaneously. Farida Pacha’s film “The Seedkeepers” tells a similar story of Medak district in Andhra Pradesh, where Dalit women come together to form sanghams –village collectives. These sanghams function systematically where the Dalit women contribute their share of preserved seeds and loan it to the others. The loan is expected to be repaid by seeds of double or treble quantities. This helps in maintaining and sustaining not only the sanghams, but it also frees the farmers from their dependency on hybrid seeds sold in markets. In a society where women, especially those coming from lower classes have to struggle to make themselves heard, the revival of this bygone culture of saving seeds plays an important role in their economic upliftment. What is even more heart-warming is the fact that these women document their activities by shooting video films on their own so as to increase the awareness of not only their peers but also for the perusal of future generations. Hopefully, the persistent efforts and steady growth of such initiatives will soon make women farmers a future of India’s agriculture. 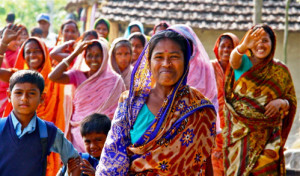 Food is crucial for the existence of man and hence it is imperative to propagate the culture of saving seeds for sustenance as well as for economic reasons. Symbolically, seed is a representation of fertility and feminity. Maybe the whole course where a seed is saved by woman, grown into a plant, cooked and served as food by a woman again, is probably Nature’s way of just re-emphasizing why we regard woman as “Annapurna” – giver of food and nourishment.

Check out full movie: THE SEEDKEEPERS-Directed by Farida Pacha |30 min. | 2005

A scientific mind. A lover of words. A keeper of old letters and photos. Somewhere in Mumbai, on the laptop, sipping coffee and being a match-maker between my words and thoughts.
Previous Hinduism’s relation with its women-it’s complicated!
Next Culturally speaking, we have lost the battle of intelligence against stupidity