Girls, let’s set the Cinderella within ourselves free!

At the last day of college, a party was planned. It was a moment of pious hopes coupled with dilemmas. The joy of successful graduation was accompanied with queries of what next! As I stood in front of the mirror I realized transitions are always tough. My blanket of thoughts was unraveled by a voice, “Going to the party is fine, but just come before 7 in the evening.” I surrendered to the instructions because they were nothing new to me.

As I was leaving, I had a glimpse of some TV serial where the mother said, “Don’t you know a daughter needs to be home before it gets dark?” Yeah, the irony struck my mind and I took a close view to realize that the serial depicted the story of the pre-independence era. Familiar the phrase was to me and so was its meaning. The time seems to have paused despite passage of more than half a century.

To surrender to these instructions does not exactly represent the culture. It is all based on mindsets. As I drove to college thoughts engulfed me. There are undoubtedly grave reasons that compels a lady to run and rebel and it is not always the so called “ladke ka chakkar” (a coveted love affair) but there is something beyond.  Why do we forget that Cinderella just wanted a new pair of shoes or a night out and we gave her Prince Charming. What is the need for someone to hold our hands, when we already have two of our own? The entire quest is to rediscover the essence of freedom.

There are dreams to follow the North Pole, to se 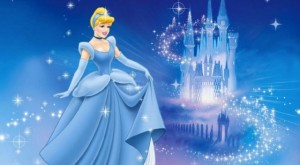 e the rainbow from the hill top, to travel with a stranger, to trust the unknown, to befriend someone out of my community, to replace the gold jewels from a tiara self made from the flowers plucked from a secretly visited garden, to sit still from dawn to dusk and later lay beneath the sheet of stars. There are dreams where there is no lust but love for one’s own self. There is quest to explore not only the places, but an undiscovered soul.

Is this reality or just me questioning the cultural taboos?

Suddenly a jerk on the road made me dwell back to the reality. I realized that I reached college and in front of me I saw a group of young ladies graduated and flouting their degrees. Holding the degree in the hand made me feel ‘free’ as if I had earned my escape from the world of cultural taboos, towards becoming a self-aware, self-made & self-discovering person. I could create & dwell in my own realities.

I underwent a sudden transition in my train of thoughts as today the aura across the college showed me a new world. Rejoiced was I because undoubtedly, the time had arrived where we have moved ahead of the era where daylight is no more a time limitation. Anklets are no more barriers but a fashion trend. Victorian scarves are not a symbol to restrict a woman but to shed off the limitations. Stereotypes are broken, cultural heritage might have remained the same but mindsets have changed. Women have emerged to be independent and powerful.

Forget about tiaras, women are now adorned with self earned crowns; gardens are not a dream now, but Valley of Flowers is their home.  Strangers have become their best friends with lost identity regained. Since their dreams are beyond horizons, butterflies have evolved as fireflies to eradicate the darkness of night. Today Cinderella does not need shoes anymore or a Prince to protect her. The world on the contrary is under her heels!!!

Is this a dream or just me wearing the Cinderella crown?

Previous The way forward is to accept nature as our culture
Next Lefty Blues in a Right-Handed World!