How SELFIES can be GOOD for you?

Selfies. They are a trend in themselves, they have become a way of life. Not for everyone though. And as happens with any change, there are skeptics; the selfie phenomenon has spawned some of its own. But let’s first see what selfies are, then what they could be doing to you or for you, and then we’ll address these skeptics.

These here are what you know of as selfies. 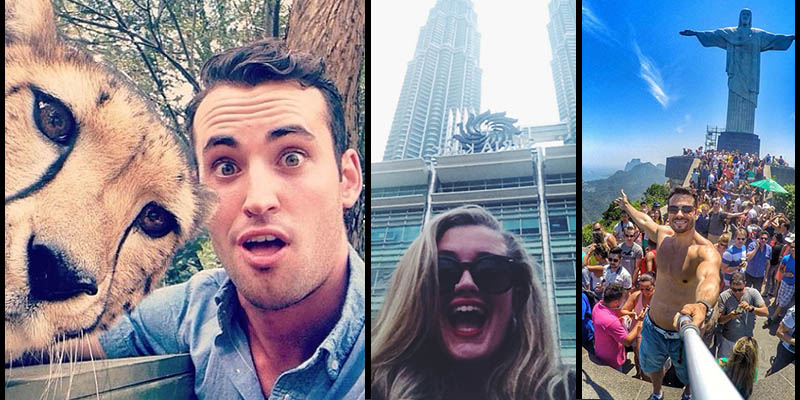 Selfie was crowned the word of the year for 2013, by Oxford Dictionary.

Here’s a definition they’ve provided:
a photograph that one has taken of oneself, typically one taken with a smartphone or webcam and shared via social media. Along with this remark, “occasional selfies are acceptable, but posting a new picture of yourself every day isn’t necessary”

I do not however find the definition helpful. If they had stopped before going into the whole social media thing or even the smartphone aspect of it, I’d have been happier. And then there wouldn’t have been a need to include the remark. The remark is really the problem.

But, leaving this boring talk of theory and definition aside, let’s tackle some practicality.

So, what are selfies?
or what can selfies be? – remember I am talking of selfies and not a selfie.

To conclude, the Sun used nuclear fusion energy to create life here on earth, some of us used the same principles to eradicate life. Nuclear energy isn’t inherently good or bad and we now realise that. Today we’ve evolved ways to put it to demonstrably good use for a better future for all us. The one thing that has changed since Hiroshima and Nagasaki is our perspective of looking at nuclear research. And see what wonders we’ve uncovered since.

Previous Do we really live in the land of Khajuraho & Kamasutra?
Next Hinduism’s relation with its women-it’s complicated!