Lefty Blues in a Right-Handed World!

Not just between cultures, religions & nations; we live in a fun 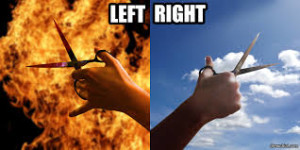 ny society that discriminates between both of our hands as well 😀

Let’s dig some popular culture, stories & dogmas about lefties and discover whether there actually is any substance or logical reason behind the blind beliefs that exist about lefties or left side.

I know all you lefties are curious to know why you are forced to convert to righties in a world dominated by righties. To laugh out loud, left side is in fact associated with devils in some cultures.

Delegating both hands for separate & specific tasks is fine but does it really make a difference if I use my left hand for the task that you do with your right? 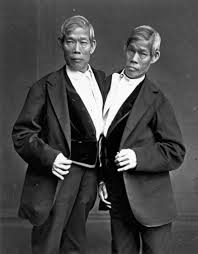 Thai: Siamese twins born in 1811 named Chang and Eng, which simply meant ‘Left and Right’ were conjoined at the waist. However, these two words went on to define ‘Good and Evil’ as well that resides inside us.

English: It is said that ‘Left’ has emerged from ancient English word “Lyft” meaning “Broken or Weak”

Chinese: As per the various Asian cultures, the right hand and left hand are the symbols of Yang and Yin energy respectively. The fusion of two cosmic forces named Yin –Yang sometimes called as Taiji (Chinese culture) represents dark and light. As per the same, the left side of humans is Yin which means weak, inactive and dark while the right side of humans is Yang which means strong, active and light.

Moroccan: Left-handed people are considered to be associated with the devil.

Christianity: Blessings and signs of the cross is usually done from right hand.

Buddhism: The right path to nirvana can be achieved by moving on to the right side only.

This is just some popular culture & blind beliefs entertained across nations, religions & languages.

However, there are some cultures which are lefty-oriented like the ancient Zuni tribe where they consider lefties as wiser than righties.

Actual reasons behind such belief:

Various researches suggest that left-handedness is 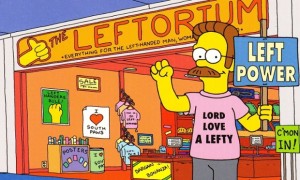 either natural or nurtured. While in utero, some external environment might shift some functions of right-hemisphere of the brain to the left-hemisphere. Or if the mother is left-handed, the child is very much likely to imitate her. But whether natural or nurtured, left-handedness is just a trait that one has since birth. And it becomes extremely important to respect that trait as it will significantly impact the social well-being, personal growth & economic prosperity of the person.

This research by Smithsonian Magazine reveals that two-thirds of the world still hates lefties.

handed world. Tools & technologies till this day are designed to suit only right handed people – as examples we can site – scissors, power saws, computer mouse, classroom desks, surgical tools, kitchen knives, Cameras, Musical instruments, Sporting equipment, even some mobile handsets and guns. Even the modern society has been forcing their kids from childhood to convert & use their right hands for tasks which they would do much more naturally with their left.

However, this forced conversion, as we now know could lead the kid to serious problems like dyslexia, learning disorders, stuttering, etc. We need to deal with this more responsibly or rather more naturally.

Acceptance of left-handedness as a natural condition is the need of the hour for people like me not to face difficulties just because I use a different hand than the majority.

Lefties have been facing grave challenges & threats since the biblical times. But they still managed to stick around and currently they form 12% of the world population which is a lot. This means they should also have some evolutionary advantages and not just disadvantages.

To check out the advantages that lefties have over righties, read this book:

“Left Is Right: The Survival Guide for Living Lefty in a Right-Handed World” by Rae Lindsay

For some more views on left-handedness, refer to the following two books:

“Storytelling: An Encyclopedia of Mythology and Folklore” by Josepha Sherman

Previous Girls, let’s set the Cinderella within ourselves free!
Next Culture Week Recap: 12 things we learnt from an exploration of ourselves