This is article #1 – part of deep trip series on Sanskrit.

“We are asleep. Our life is a dream. But we wake up, sometimes, just enough to know that we are dreaming.” – Ludwig Wittgenstein (20th century)

Even though Lucid Dreaming as a concept has been 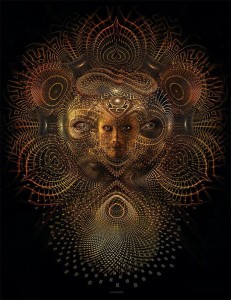 accepted & discovered by Science just a few decades back, the concept has existed from more than 3000 years. Lucid dreaming is basically a kind of dream in which one is aware that he is dreaming and/or is in control of the dream.

Tripped Out Fact: Dolphins sleep while swimming. Half their brain is at work while the other half is at REM sleep.

Applying the radar of neuroscience on the concept of lucid dreaming, we know that parts of our mind could be active during REM sleep. The initiation of REM sleep is attributed to the neurotransmitter pontine acetylcholine (ACh). While ACh initiates & maintains REM, two more neurotransmitters, Norepinephrine & Serotonin try to control & suppress REM activity. All three of them together are said to trigger the site where the dream runs, the Frontal Cortex. REM sleep is also associated with muscle paralysis. That is what prevents you from acting out your dreams.

Tripped Out Fact: Babies require higher REM sleep. Their dreams are supposed to be extremely lucid & vivid. This REM sleep helps them build & develop new neural networks. REM sleep is necessary for mental health. The brain of a human baby grows three times its size in the first year. 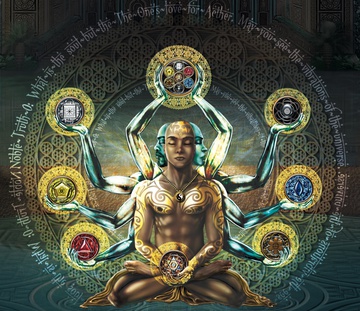 There are evidences of extensive scientific research on different states of consciousness in the Sanskrit literature.This research takes you through novel concepts of transcendental consciousness, lucid dreaming & lucid deep sleep; all properly documented as per various perceptual experiences & spiritual experiments.Mandukya Upanishad, dating back to about 500 BCE, describes the 4 states of consciousness in Sanskrit as Jagrat, Svapna, Susupta&Turiya. But these are not just 4 words, rather four dimensions that take you on a guided tour through your inner self. I have collated the whole tour in the form of a table below and it sums up all the reading I did on the four states of consciousness as scientifically researched & documented in Sanskrit literature.

Go through the table again and you will realize this is much more thorough than our current research on states of consciousness. The fourth state (Turiya) in the table appears in strikethrough text because of 2 reasons:

One step ahead of lucid dreaming

‘Yoga Nidra’ has been a popular science & art of life for Yogis since the Vedic times (ca. 1500-500 BCE). Yoga Nidra is lucid sleeping which as per the etymology is considered as the deepest possible state of relaxation while still maintaining full consciousness. As mentioned in the Sanskrit literature, Yoga Nidra helps cope up with tension, anxiety, nightmares, post-traumatic stress disorder, etc. The recent advancements in neuroscience have proved the same for ‘lucid dreaming’.

Through Yoga Nidra, Yogis would aim to work through the consciousness of deeds (karma), cleansing the stored consciousness & purifying the unconscious mind. This is exactly what Carl Jung theorized for the western world in the early 20th century; soul-surfing & mind-manifestation for keeping the unconscious clean. And this is what Carl Jung had to say on the lines of lucid dreaming which was still not an accepted concept during his times,

“One does not become enlightened by imagining figures of light, but by making the darkness conscious”

Today we have apps, headphones & visuals to induce lucid dreams. Back then, they had experience based ritualistic processes for inducing lucid sleep.

Now coming back to the story of the Indian Yogi who stunned the scientific community in 1971! Swami

Rama as a Yogi had been practicing the fourth state of consciousness (Turiya) as mentioned in the Sanskrit literature. Trained very well at Yoga Nidra, he was invited for lab experiment at the Menninger Foundation at Kansas, United States. Dr. Elmer Green headed the experiment where researchers used EEG (electroencephalograph) to record the brain wave activity while the Yogi practiced Yoga Nidra. The Yogi stunningly demonstrated the capability of entering various states of consciousness at will, as evidenced by significant changes in the electrical activity of his brain. This Yogi opened up scopes to further the theories of ‘lucid dreaming’. He surely demonstrated lucid dreaming but he also demonstrated something further. While in deep sleep state (prajna, third state) where his body lay snoring, he was still conscious and remembered the questions that were asked by the researchers.

The 3000 years old technology of Yoga Nidra is far deeper than the science of ‘lucid dreaming’ that we havejust started to explore. When it comes to exploring the spirit, the soul, the states of consciousness, dreams, psychological theories related to the unconscious; Science still has a lot of catching up to do with what we already knew 3000 years back. Once that is done, we would be ready for an even deeper dive into exploring the reality that is the self, the spirit & the soul! That day would mark our welcome to the science of soul!

“The day science begins to study non-physical phenomena, it will make more progress in one decade than in all the previous centuries of its existence” – Nikola Tesla

“Consider the following analogy: As the state of ordinary 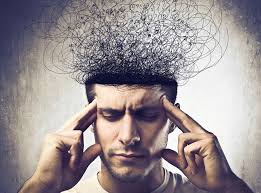 dreaming is to lucid dreaming, so the ordinary waking state is to the fully awakened state. Taken in this sense, the lucid dreamer’s wish might be to transcend his or her level of limited awareness.” – Stephen LaBerge

Check out the second article in the series here.

Jung, Carl; Shamdasani, Sonu (1999); “The Psychology of Kundalini Yoga: Notes of the seminar given in 1932”. Princeton University Press

Previous Sanskrit, the Language of the Soul: An Overview
Next 10 reasons why Internet.org stinks