This is article #4 – part of deep trip series on Sanskrit.

Through this series of articles, I claim of an existence of a psychedelic age in India once upon a time during antiquity. We shall also discuss how psychedelia is deeply roote

d in the culture & society of India since the era post-Indus Valley Civilization. We know almost nothing of the time before that. The Aryans invaded India around 1500 BC bringing with them a new age & also the Sanskrit language & Vedic religion. In this particular article, we will focus on the psychedelia induced in the ancient Indian society just by a language.

Panini, in roughly 500 BC, standardized Sanskrit as a language 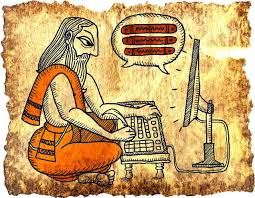 through his extensive book titled ‘Ashtadhyayi’. An ambiguous version of the language existed for almost a millennium before Panini. The semantics of the language has been scientifically derived by logic & the grammar has been worked out using proper mathematics & algebraic algorithms. The language has also been claimed by NASA scientists to be the most suitable language to communicate with AI.

However, my claim here about the language is the following beautiful & powerful set of words which pay great respect to higher states of consciousness. With no English equivalents, the sad part here is that these words fail to find a commonplace of acceptance in our modern-day culture. 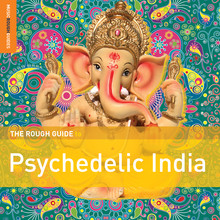 been developed to an incredible degree in the Indian culture. It is a Science and more than that it is a beautiful way of life to be one with the consciousness of the Cosmos.

“The extraordinary thing about Sanskrit is that it offers direct accessibility to anyone to that elevated plane where the two —mathematics and music, brain and heart, analytical and intuitive, scientific and spiritual— become one.” – Vyasa Houston M. A.

Sanskrit and the Technological Age by Vyasa Houston M. A.

A. L. Basham, The Wonder That Was India. New York: Grove Press, 1959. A fascinating and scholarly account of ancient India.

The Language of Consciousness by William James

Previous What’s in a country name? (Probably Sanskrit): Sanskrit etymologies of countries
Next Books VS Movies- It’s a tie!