At the very crux of every single awesome experience you have ever had (or will have), be it an orgasm, your first drag of a cigarette (or better, a joint), your first promotion, your first kiss (any kiss for that matter), the feeling you get when you play an instrument, or achieve any kind of victory or reward; every experience is a direct result of the release and action of some particular chemical in your brain. This means that the feeling of intense awe and bliss that you get when you trek for 5 hours and reach the peak of a mountain and soak in the view, is solely because your brain releases a particular chemical, with accordance to the type of experience that you have. This in turn, implies that in the absence of these chemicals, you would just be a meat bag with zero feelings and emotion. Hence, it is perfectly safe to assume that all that exists is the beautiful biochemistry occurring within you, not your clothes, not your ego, not your money and certainly not your Facebook or Watsapp profile. Maybe, if we looked at the world with this view, we can understand and even harness the power of these chemicals and achieve unheard-of states of consciousness. Here are some of the completely underrated chemicals working behind the scenes to make your life happy and blissful. 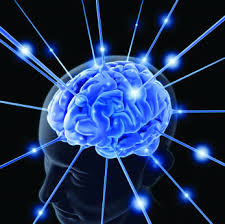 These are the chemicals which are responsible for your feelings of self-esteem as well as your overall sense of well-being. But, the craziest aspect that has been attributed to endorphins is the fact that these are self-made analgesics or pain-killers created by your body. The release of endorphins causes a temporary loss of perception towards pain, making you impermeable to pain during the duration of action of these particular chemicals. This makes endorphins the stuff of superhuman strength and perseverance. On the other hand, endorphins are mostly released when the body is under some type of immense stress. During such instances, when your body is under a high degree of stress, your brain releases waves of these endorphins as a direct reaction to the mechanical pain or stress you are feeling at that moment. This is your body’s natural defense mechanism to help you sustain heavy impacts of pain and mechanical stress so that you can somehow overcome that stress.

Tripped-Out Fact: The “high” achieved from the release of Endorphins is said to be similar to that attained from Morphine.

Tripped-Out Fact: Endorphins are especially released during strenuous exercise as your brain thinks your body is in danger of collapsing under the immense stress that the exercise regime puts on you. This can result in people getting addicted to exercise, in an effort to gain more endorphins. Endorphins are also responsible for tripping-out marathon runners at the end of long races.

Tripped-Out Fact: Even small acts, such as brushing your teeth, crying or laughing generate small bursts of endorphins.

This chemical is a neurotransmitter which is responsible for triggering your brain’s internal reward system. In other words, this chemical is usually released when you achieve something, gain appreciation for something you have done, or start working on something in expectation of it bringing esteemed benefits. On the other hand, these are not the only times when dopamine is released. This is because your reward system can be triggered by an immensely huge number of instances and experiences. A person’s reward system is activated whenever he/she does something that they view as being good for themselves. This means that dopamine is released whenever a drug addict sees a new batch, or when you see a sexually enticing prospect, or when you complete a particular difficult level on a video game. The neurotransmitter activates and connects particular neurons when a person sees, hears or feels something that he/she felt good doing before. These neurons are again connected when the person has the experience again.

Tripped-Out Fact: Really high amounts of dopamine in the mid-brain have been related to the psychology disorder, schizophrenia. Moreover, actions of drugs like cocaine and amphetamines have been linked to the action of dopamine, wherein both drugs cause a temporary inability to reuptake Dopamine, causing euphoria and immense motor control and physical resilience.

Whenever you feel important or particularly happy about yourself, try to feel the surge of serotonin from your brain, because it is exactly what this chemical is responsible for.  It is aptly called the “feel-good” chemical due to the plain fact that it makes you feel good about yourself. This is why low levels of serotonin in the body have been synonymous with depression. Other than this, serotonin is also responsible for mood-balance, digestion and appetite, memory, sleep as well as sexual desire and cravings. Most of the drugs as well as psychedelics out there work by acting as serotonin receptor agonists, causing large releases of the same or inhibiting their reuptake altogether.

Tripped-Out Fact: Serotonin is essentially 5-hydroxy tryptamine, which in turn, very closely resembles psychedelics such as DMT, psilocin and psilocybin, including their effects. Moreover, psychedelics like LSD and mescaline affect the serotonin receptors in a similar fashion as serotonin itself.

Oxytocin is the chemical released by the brain which is responsible for the generation of the feeling/emotion that we associate with the word “trust”.  This implies that oxytocin is very necessary for social behavioral patterns, which in turn, are in the form of psychological stability as well as relaxation. Oxytocin has also been associated with the ever-so-infinite enigma of an emotion that we have learnt to call “love”. This was a result of a study that showed that there were higher levels of oxytocin in people who were part of newly-formed relationships than in people who were not. Hence, oxytocin can be seen as the very basis of social relationships as well as bonding between people.

Tripped Out Fact: Oxytocin is released in varying amounts during acts of touching, hugging as well as orgasm in both sexes, causing the warm fuzzy feeling that we get during these acts.

Tripped Out Fact: MDMA, also known as the “love drug”, is aptly named (except for the “drug” part) due to the fact that it acts by stimulating the release of Oxytocin by activating serotonin receptors.

The chemical responsible for utter joy and bliss is Anandamide, which has been derived from the Sanskrit word Ananda, which evidently means bliss. Ananamide is one of the members of the endo-cannabinoid family of chemicals. These chemicals, as the name suggests, are our version of the cannabinoids that are present in Cannabis/marijuana. Therefore, the effects of both are almost similar, which includes blockage of short-term memory and attainment of blissful states of wonderment and self-awareness. The major difference between both these chemicals is the fact that anandamide does not give sustained highs, unlike cannabinoids that are ingested from smoking or consuming (or vaporizing) cannabis, such as THC and CBD. This chemical is basically the “chill-out” mechanism of the body, which ultimately leads to the calming down of the person as a whole. This may seem like a secondary function, but peacing out and attaining happiness is essentially one of the most important needs for humans.

Tripped Out Fact: Anandamide is basically released during some pleasurable act as well as acts which induce a certain degree of pain. This means that anandamide is released in both instances, even if you eat a chocolate or a chili. Consumption of chocolates has been cited as one of the most intense anandamide-releasing experiences.

{An article on the way anadamide helps you in everyday life}

Previous A mitochondrial trip! Double-edged sword. . .
Next “Empty” – A Story of Emotion