Game Moment: Victory at Wembley after having lost almost the whole team in a plane crash 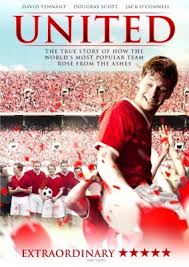 Manchester United fan. No football movie has ever been so emotional. During the early 50s, Manchester United was a fire-spewing side of young athletes & became the youngest side ever to win a football league. As the prime incident, the movie covers the Munich air disaster in which eight of the Manchester United team members died. Two more were injured to such an extent that they never played again. The manager Matt Busby showed great courage in rebuilding the team when everyone else just wanted to shut down the ‘Manchester United’ club.

Against all odds, along with the only player from the pre-Munich side (Bobby Charlton), Busby rebuilt the whole team and the movie ends when the new team wins its first game that brings about a whole new wave of accomplishment across the world. The whole country becomes one & unites for the cause of rebuilding ‘United’. This is yet another story of “The team triumphed & overcame all odds” but narrated in a beautiful way. The emotional trauma is brilliantly shown & the intensity of some dialogues will just break you into tears, like the one where Charlton says, “It’s not the team without them”, referring to the death of his teammates while in a dilemma whether to join the new team or not.

What a fresh game, intense story & cut-throat rivalry between the two champions of the game. At the 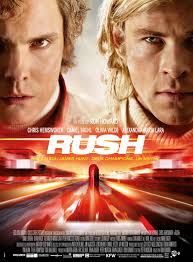 center of the movie is the 1976 Formula 1 World Championship and the nasty rivalry of the Austrain ‘professor’ Niki Lauda & the British ‘playboy’ James Hunt. With approaches that are polar opposite, we unravel different life-philosophies of the two real-life gladiators of the race track. While James Hunt stands tall for his attitude of ‘live fast, die young’, Niki Lauda is unforgettable for his ‘icy determination’ for success.

The depiction of the race tracks, drivers & cars of the 70s is so precise & much care has been taken to depict this sport as merciless, blink of an eye & you could be dead.

The fateful accident of Niki Lauda during the Grand Prix of 1976 is shown intensely. Over-possessed by the feeling of his rivalry with Hunt, Niki is shown to have overridden his courage ultimately leading his Ferrari to burst into flames. He came really close to death, suffered severe burns but returned with a disfigured face just six weeks later to still be a top contender at the World Championship. The character-driven rivalry is tested time & again on the race track. And when racing is on – especially in the final race – the thrill you experience is unsurpassed.

Rush to watch this one!

This movie narrates perhaps the biggest emotional moment in the history of Golf as a sport. The story is 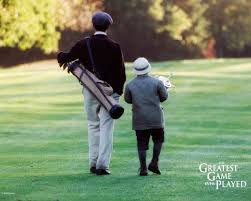 based in the US of early 20th century when Golf was considered as a game for the rich & royals. Working class people could only become a caddie at country clubs, they were not allowed to play. The story unfolds when Francis Ouimet, a working class boy takes on the golf establishment and eventually gets a chance to compete against the greatest golfers from the US & Great Britain. As a 20 year old boy entering the championship, he is hardly prepared & no one would be a caddie for him except a fifth-grade child. Despite of all this, Francis shows great courage, reaches the final to compete with his icon & the-then-world-champion, Harry Vardon.

In the final few minutes of unmatched spirit & heroism comes the ‘game moment’ of the movie where in a heroic effort the 20-year old Francis defeats his life-hero, the champion Harry Vardon.

Do check out for the unforgettable final match! 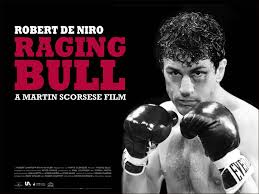 boxer & the movie follows his whole life journey that is filled with the dichotomy of his own character. His passion for aggression, violence & temper leads him to win the top accolades inside the boxing ring but these very traits destroy his life outside of the ring. The movie won 6 Oscars & also has been chosen by the American Film Institute as the greatest sports film ever.

The boxing scenes are raw, intense, powerful & totally not like anything shown in any other Boxing movies. You can easily rank these scenes as the most brutal & violent moments ever put in a film. These scenes & the domestic violence scenes are not for the weak-hearted. Driven with deep-rooted violent temper, his moments of self-realization are scarce but intense as well. Boxing is basically what he does for a living but it also gives vent to his deep-harbored anger towards everything & everyone.

By the end of the movie, he gains so much weight & the once-upon-a-time champion goes to become a washed-out stand-up comedian at a local club, just another face in the crowd. That’s when he has a sense of subtle recognition to what has become of him! And the movie ends in a grand style by quoting Marlon Brando’s famous lines “Could have been a contender…” from “On the Waterfront”.

Check out this 4-minute boxing scene just for the brutality of it:

Clint Eastwood as the director, Morgan Freeman as Nelson Mandela, Matt Damon as the South African 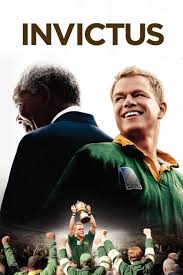 rugby team captain! Big Names! And yes, they all deliver just like they do every other time.

All the movies mentioned here are true stories but this one is a true story of epic proportions. How one sport – one tournament – and eventually one game changed the destiny of a whole country is just powerful! After that one game – the whole country – all the races – black & white – came together in millions to celebrate & this is what gave birth to the ‘Rainbow Nation’. And the fact that this was all envisioned by the great Nelson Mandela, will never make us stop loving this gem of a man who once lived. You shall be touched & even moved to tears witnessing the heart, the courage & the strength of character of a man who has witnessed all kinds of atrocities.

Easily the best sports movie I have seen, but yes, this is much more than sports. Come the final match and you witness the grandness when the whole country suffering from apartheid, comes together & unites for the cause of their team, everyone sheds their differences & unites for one goal. The constant cheer & the whole country singing for their victory is what inspires the underdogs to win against the mighty New Zealanders.

This grand film shows how sports could be used to unify people. It shall definitely leave you with a chill down your spine, which will be hard to go away. I watched it some five years back & the tune that the audience sings throughout the final match, still haunts my ears with jittery goosebumps.

Do yourself a favor & watch this. The greatest moment in sports history, I’d say.

Previous Premier league review-Week 2(3rd Round): 17th August
Next Highlights of the sports action on THC 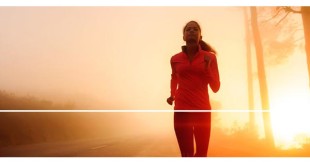 4 Reasons Why You Should Go Out For a Run Right Now!