Are Cartoon Series Preparing Us for a Brave New World?

Remember those days when the sun had barely peeked above the horizon, and the TV was already tuned on to the show of choice? Usually, the shows that were on included the most popular children’s shows such as Scooby Doo and Thomas the Tank Engine. Well, it looks like I have just dated myself!

Looking back at those times, I find myself clearly remembering three television series that embedded themselves in my core. The television series that encouraged me to be my very best was Pokémon. The series that taught me about courage, friendship, sincerity, love, knowledge, responsibility, hope, and light was the first season of Digimon. Last but not least, the series that taught me all the values mentioned before and taught me what it truly means to be a warrior was Martin the Warrior, the third season of the Redwall animated series that is based on the Redwall book series by the late Brian Jacques. It is amazing to herald the innate degree of knowledge that is broadcasted through these children’s shows, which the adult world has somehow neglected as being just some “kiddy wonderworld” of fantasy and fiction. 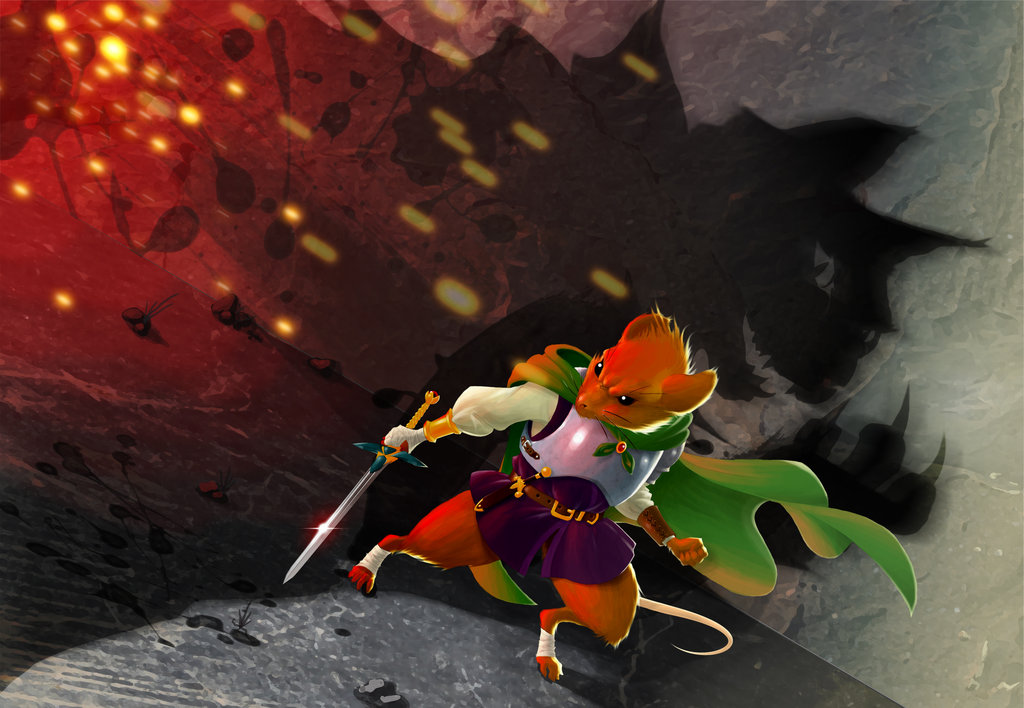 I must admit. I am not the strongest, the smartest, and definitely not the best in anything, yet I continue to do the very best that I can. Pokémon instilled in me that belief. I modified that belief over the years, and it turned out to be one of those aspects that kept me going through the years. Man, I clearly remember the feeling of weightlessness every time the Pokémon Trainer, Ash Ketchum won a battle, and I remember the feeling of soul-crushing despair each time Ash lost. But through all the wins and losses, Ash still kept moving forward with absolutely every neuron firing and his heart beating at maximum strength, leaving no regrets. He may not have been the best Pokémon Trainer, but he definitely showed me that as long as you’re the best you can be, then you’ll be at peace with your heart and mind because you gave it everything you had.

You may find this a bit far-fetched (Poke-pun intended), but try correlating Pokemon, with our everyday struggles. For instance, what if we treat each new and novel experience as a new breed of Pokemon, to be captured, to be understood and to be used to excel in life. There are several other analogies which can be applied here, your band, your start-up, your enterprise, your aim, your goal, your aim, everything is something to be worked on, to be understood and to be evolved to the highest possible extent. Yes, it is true, Pokemon do exist in reality!

Ah, yes, Digimon. Seven children and later an eighth child, are chosen by the Digital World, a place where digital monsters, the Digimon, live. The Digital World summoned the children there because an evil force was destroying it and only the chosen children could defeat this impending evil. Upon arriving in the Digital World, each of the children also has a Digimon partner that protects them and fights the enemies along with a Digivice that allows their Digimon partners to Digivolve. Each Digivolution requires the chosen child to share their energy with their Digimon partner so their Digimon partner can Digivolve [juxtapose this with the digital revolution of today and all the upgrades (Digivolutions) that our gadgets (Digimon) go through]. Later, the chosen children each get a crest that shows what their strongest quality is: courage, friendship, sincerity, love, knowledge, responsibility, hope, or light. The characters embodied different traits that clashed, but it was also through those traits that they could use to protect each other and show what the trait truly means.

In a world which is slowly becoming more and more digital, it is necessary that we take on a childlike innovative and creative attitude to our further process of evolution. If we treat our technologies as well as our ideas as living organisms, constantly growing, constantly being nurtured by us and constantly evolving. It’s time we looked back at these animated shows to understand how to start using technology with the respect and the childlike curiosity that will propel us forward.

Last but not least is Martin the Warrior. Martin the Warrior is a fantasy show placed during Medieval Times with anthropomorphic animals as characters. The protagonist of the series is the mouse, Martin the Warrior, the original warrior, and founder of Redwall Abbey. The show’s themes such as slavery, murder, friendship, loyalty, and chivalry kept me glued to the TV every afternoon. But, the most important value that I learned was how to be a true warrior. One only needs a warrior’s spirit. When one thinks of a warrior, they imagine a large, muscular person either standing majestically in armor or cutting down enemies in battle. The image is always about power. In Martin the Warrior, that warrior stereotype is sliced to smithereens. Every creature, except for some evil vermin, are portrayed as warriors. They use fighting as a last resort, fight with everything when they have to fight, and embody courage, friendship, sincerity, humility, mercy, and forgiveness. In the show, some creatures have a background in fighting, but most do not. Nevertheless, all fight with everything they have whether it be for freedom or protecting their home. The warrior qualities are the perfect foil to the vermin qualities of greed, cruelty, and thirst for violent conquest. I remember watching the interactions between the vermin and the creatures and rooting for the creatures to defeat the cruel vermin. Even though I did that, I realized over time that the line between the two is blurred. But, a true warrior shows humility and forgiveness and understands that violence is only used to protect or as a last resort. A vermin warrior does not have those capabilities. On the surface, this show may seem to be polarized as good vs. evil, but it is so much more than that. It demonstrates what a true warrior does, defeats evil vermin that is the embodiment of heinous values while showing mercy and remaining humble.

Yes, folks, there is a great responsibility upon us. We have been given the responsibility to take the fate of the world in our hands. It is during these times that we have to draw upon the humility and courage that is required to take this living spaceship that we call home to a level of safety and harmony which it has been devoid for through the years of self-distortion.

Each show’s message(s) I carry within me. It is my duty to use those values and discover more about them in the real world. These shows seem to have acted as a base of information for preparing children like us to look at what the world around us is truly about. The shows also act as a reminder that even though the “civilized” world looks down upon anything different and truly hacks down the scope for imagination, it is through a childlike creativity and overall sense of symbolic innovation that we as humans can see meaning in everyday struggles and learn from them. Maybe, the enemies of imagination will one day bow down to the unrelenting human urge to dream, symbolize and grow in unique ways.

Yes, cartoons can predict the future! Check this one out:

Previous To Build Connection in a Community, “Mind Your Language”!
Next Series in Focus: Sherlock- Into the Mind Palace of a Sociopathic Genius