Oscar Movie Review #3: The Big Short: The Fall from Grace

So, you think Armageddon is coming? Do you think the world is coming to an end? Well, even if you do, can you make a difference? On the other hand, if you know the world is going to end, your inability to do anything or you inherent laziness, as perceived by others, may make you an accomplice to the doomsday event, would it not? 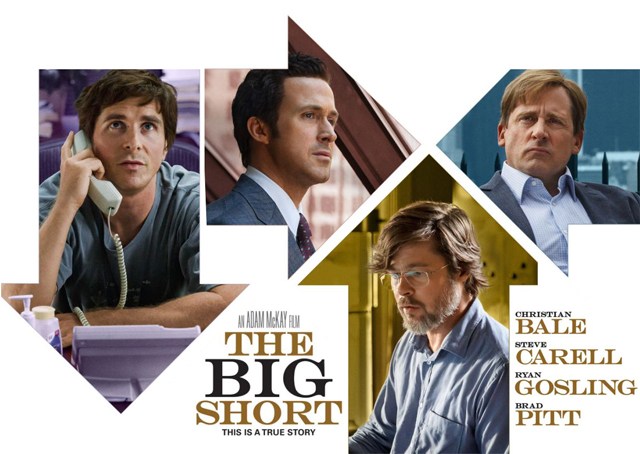 These are the questions which the movie “The Big Short” answers, in an absorbing and enticing manner. No, if you are expecting Michael Bay style graphics and a large meteor hitting the surface of the planet, you better refrain from watching this one. This is Armageddon in the sense that we experience each day, an experience which reveals the truth that is staring us right in the face, but we are completely oblivious to. Yes, money! The movie beautifully covers the financial crisis that rocketed and fueled a global shockwave of losses and economic disaster. The movie clearly applies economic and monetary aspects to our everyday lives, such that we feel the immense degree of emotional and psychological slavery that we are living in. Only if we dig through the financial jargon and relate the story to our personal lives, can we evoke a sense of understanding and inch towards the truth through the movie. One of the best qualities of the movie is that it explains the financial jargon in a beautiful and intricate way so that even the least financially educated person may relate to them. Just imagine, if Margot Robbie in a bubble bath explains to you what sub-prime bonds mean, or Anthony Bourdain talks to you about subprime mortgages while making seafood stew, or Selena Gomez tells you about synthetic CODs (Collateralized Debt Obligations) while playing blackjack! That would be a much better way to learn about finance than having to immerse yourself in thick volumes full of jargon that does not even come close to the truth behind it all. 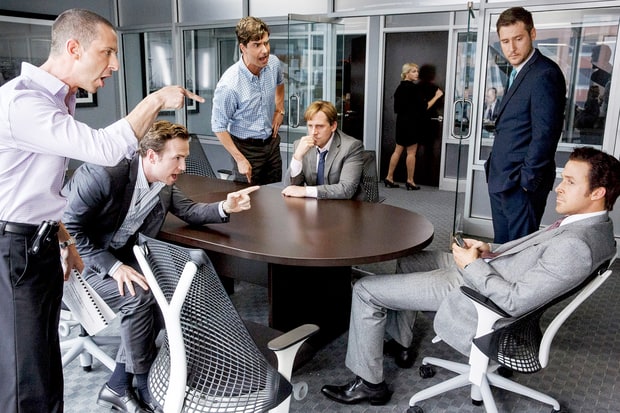 The story revolves around a group of people who come to the realization that the American economy is going to collapse soon, owing to the mediocrity and fraud that is prevalent in the mortgage industry. These people involve the silent opportunist Michael Burry (Christian Bale), the rebel against the system Mark Baum (Steve Carell), and the insider Jared Vennett (Ryan Gosling) and the “one who knows too much”, Ben Rickert (Brad Pitt) among others. Just like the last Deadpool movie that you must have watched, Jared Vennett, who is mostly in charge of the narrative, breaks the fourth wall multiple times throughout the course of the movie. Moreover, some of the other characters also break the fourth wall to correct Vennett’s overly pricey, almost arrogant narrative to correct him or to add their insights. 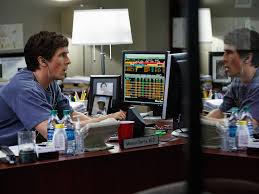 The characterization as well as the impeccable screenplay, along with the cinematography makes for a movie full of clever symbolisms that portray the filth of the elite as they blatantly, almost lustfully, play with the strings of the myriad people below them. The movie uncovers the harsh reality behind the monetary system that is prevalent today, indicating its inherent flaws and chinks in the armor which would lead to the collapse of the system. But, another important question that the movie begs is, what comes after the collapse? Is the 2008 financial crisis a reminder that the rich gets richer while the poor get subjugated to an imaginable degree? Whatever is the case, the movie leaves you at the mercy of an insurmountable flood of thoughts as Led Zeppelin tells you a tale about how “when the levee breaks, you’ll have no place to stay!”