Best Actor in a Leading Role

Best Actor in a Supporting Role

Best in Makeup and Hairstyling 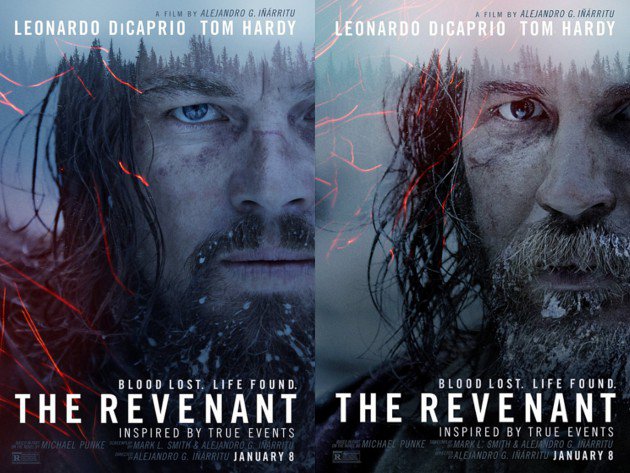 Have you ever wondered about the primal brutality of nature as well as our basic instincts? Have you ever awed at the immense distances that our primal instincts can drive us to? Have you ever been at the mercy of your fear or given into the forces of our inner nature? Have you ever experienced nature at all, in the midst of all the masks we wear in society in today’s world?

When you watch “The Revenant”, you do get a chance to come back to life, like Leonardo DiCaprio (Hugh Glass) does in the movie. You will go through your innermost urges and primal desires, which drive your innate need for survival in a world where mankind has gone completely insane. This movie acts as a reminder that each one of us needs to connect to ourselves in a more natural and authentic way to understand and feel the immense power of nature as it flows through you.

For those who have seen the movie, you may be thinking of how factors such as the present human condition, can relate to a film  set in the 1800s, as a bear mauls an individual, who is left for dead by his companions, and then embarks on a perilous journey, driven by the unrelenting urge for survival and vengeance. Well, how different are we from him, as we continue to be driven by our primal instincts, as our fear and our intrinsic need for survival drive us to do things that may be considered animalistic in society. The most important aspect that Alejandro Innaritu, with his excellent direction and pure, artistic cinematography, shows us is the parallels and paradoxes of nature. Through the stunning and breath-taking visuals in the movie, the director shows us the immense beauty and inspiration-evoking power of nature, while at the same time paints the awe-inspiring beauty with the blood and spit of the characters as they are left at the mercy of nature, both the external as well as the internal aspects of it. The beauty of dissonance and depravity is in the fact that violence is a prevalent, almost necessary factor in nature, as the need for self-preservation, procreation and survival are what drives us to our limits.

DiCaprio (Hugh Glass) and Tom Hardy (Fitzgerald) embody the extremes of nature, personified, vulnerable and totally naked in the presence of something that deserves attention with each one of us. On one hand, DiCaprio embodies the immense perseverance of the human spirit, as the intense need and urge for survival drives him to escape from certain death, capture and eat raw fish, feast on the liver of a Bison, and do some really intense “Bear Grylls” like antics that need to be seen to be believed, or rather experienced. On the other hand, we see Tom Hardy embody a relentless combo of fear and survival instincts of man, as he is driven to hurt, kill and change his circumstances as he is thrust and flung about his wits by the basic instincts of man. 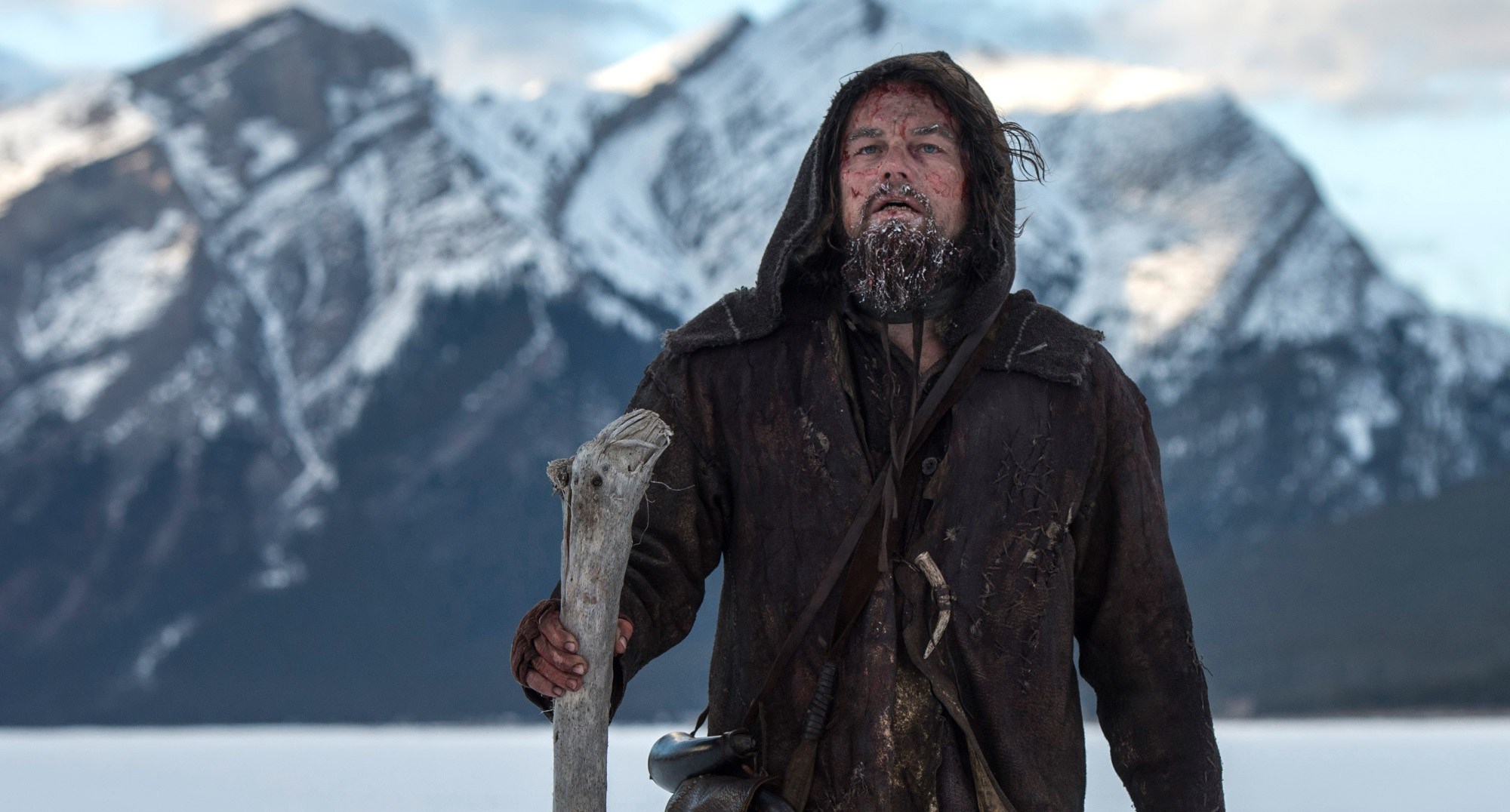 The battle sequences and the bloody encounters in the movie are undertaken in an almost artistic perfection, as the blood and gore act as brush strokes on the canvas that Innaritu paints with his camera. An especially beautiful sequence in the movie is during the first battle, which avalanches from a single bullet shot to a complete battle between Native Americans and white folks, where you find yourself in the middle of the chaos and pandemonium as arrows fly past you, limbs are severed, bodies fall lifeless to the ground, and justice does not exist, as the camera takes on the classic “Birdman” style that Innaritu is known for. The intensity of the battles and the overall degree of beauty that the narrative, interspersed with symbolic silences and spaces for you to recover from the beauty and brutality of the movie. The movie is a must-watch for those who are ready to be vulnerable enough to touch that inner space within you, where you understand the immense power of your subliminal and repressed instincts, the ones that make you as much a part of nature as the bear, the elk, and the bison.

Previous Oscar Movie Review #3: The Big Short: The Fall from Grace
Next Unconventional Foods: My experience with the Banana Peel