Script to Screen – I

“Every Oreo was once a grain of wheat”- Madhur Oza

You might see this when you google (or preferably DuckDuckGo) idioms and maxims someday. Well maybe not, cause it is garbage! This was just an attempt to open this article with a beautiful line, say ‘Life is like a box of chocolates’.

The objective of this article is to have an overview of the process that transforms an exotic egg into a fire breathing dragon.

OK, that was the last one, no more attempts at original wisdom!

Let’s talk about making movies (in a very simplified way)! 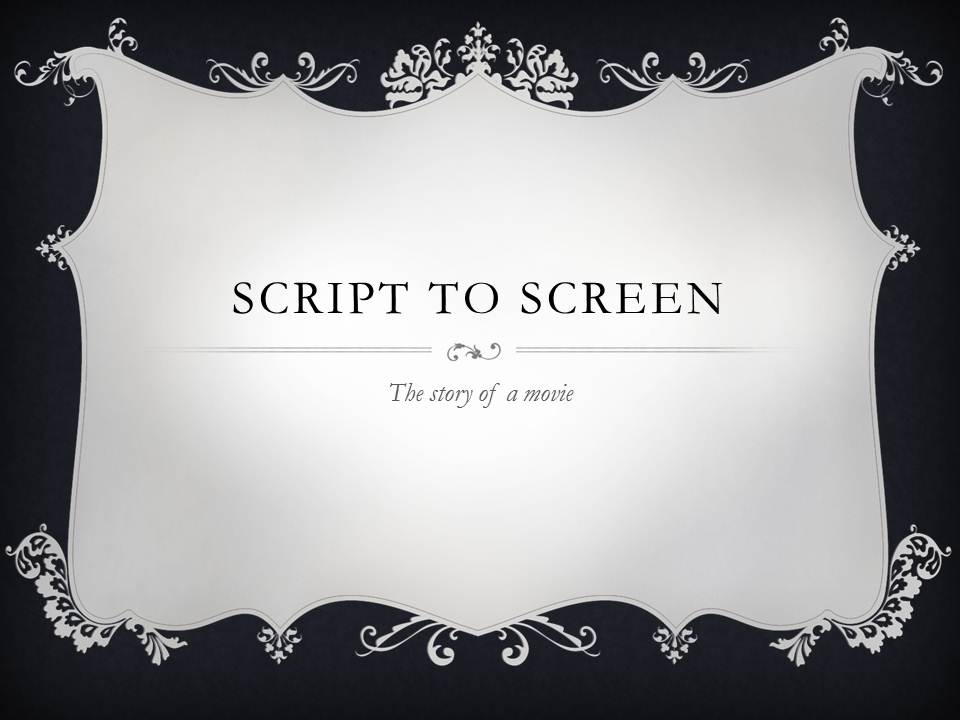 The movie making process can be broadly divided into these 5 stages: 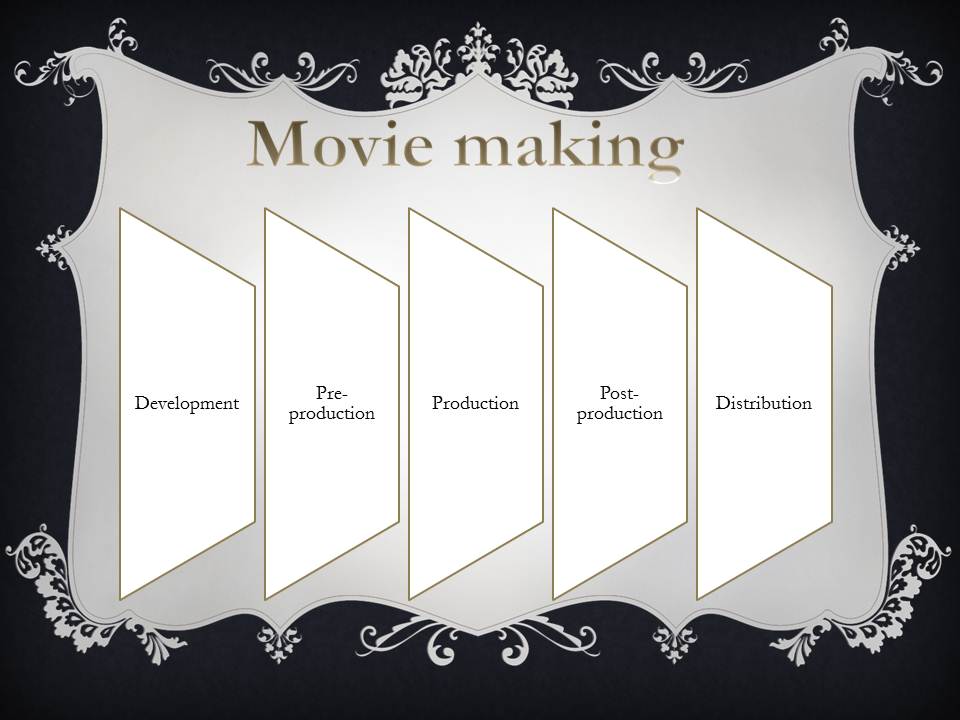 To understand this process better, we will call upon our imagination. Let’s say there is an aspiring filmmaker named Quieter Tarantula, who has an idea for a movie called ‘Gulp Friction’ which goes like this – A giant spider wakes up to find a fly stuck in it’s web and eats it (same old, same old). But, the fly had sat upon some bad food previously which caused the fly to get sick and now that the spider has eaten the fly, it’s got ‘spiderrhea’, that horrible arachnoid digestive disorder responsible for the death of millions of spiders. This forces the spider to move out of its abode and seek the pulp of wannabis which is said to be a sure shot cure for spiderrhea, but is not easy to obtain as it is illegal. Moreover, the dealers of wannabis, known as ‘wannabees’, are feisty, temperamental creatures who spend most of their time consuming flower-nectar and are ready to sting  with their pointy tails at the slightest provocation. Thus begins a crazy adventure full of fascinating characters and sensational story lines. The movie culminates in our protagonist spider using the hard won wannabis for treating an ailing lizard that had similarly consumed a rotten fly. The spider and lizard develop a unique bond and decide to form a joint venture, for bringing wannabis to the ailing masses.

This to-be-movie is currently just an idea in the development stage. It needs to be worked upon so as to prepare a treatment, a brief narration of the entire story with details of plot and characters which will be brought to a producer, who will then make a decision about taking up the project. The producer, if he/she decides to take up the project, will then approach a screenwriter to prepare a screenplay, which in other words is the ‘script’ of the movie, with dialogues, structure, dramatization and a detailed progression of the story. This will be pitched to investors-film studios, institutes, independent investors-who have to choose between investing in or rejecting the idea. This process might be much shorter, as often producers get to work with submitted screenplays and might involve inputs from distributors who asses the revenue generating potential of the movie. Often ideas get stuck in a loop in the development stage, moving back and forth without getting the green light and this is known as the development hell. 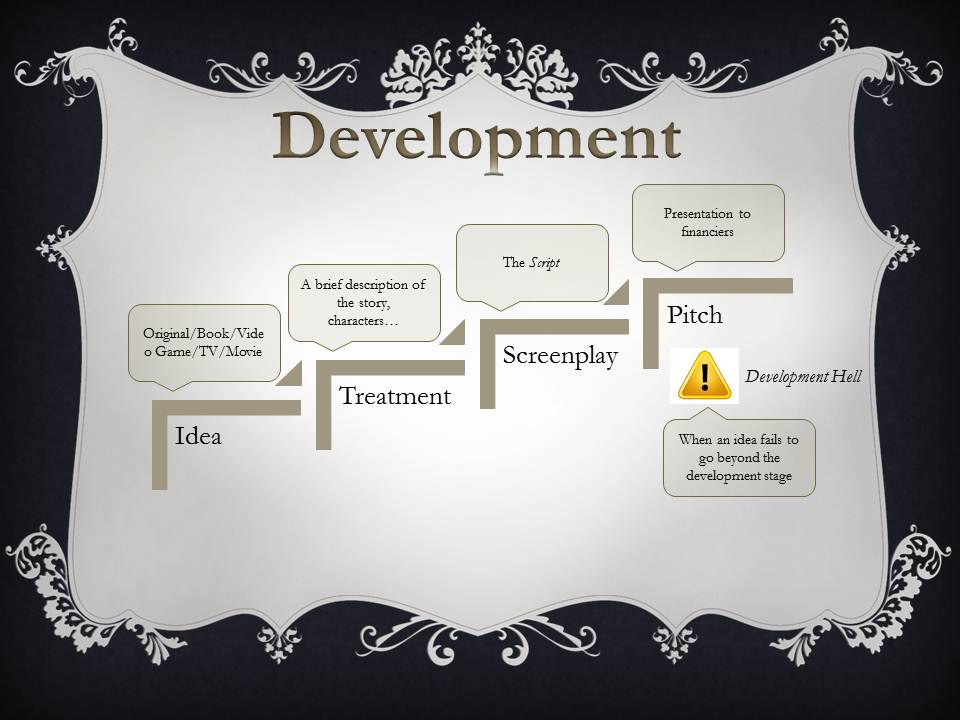 Now that project Gulp Fiction has received a green light, we move to the pre-production stage. A production company, Octapod Studios, is formed for the purpose of producing the film (duh). Quiter Tarantula, the aspiring film-maker, assumes the role of the director. This might not always be the case, a different director may be chosen and Tarantula can provide creative inputs as an executive producer. However, crew selection, which happens at this stage, is a complicated process and deserves to be explored separately (oops…spoiler for part two). Let’s just understand that this is the stage where  the project is properly planned and budgeted. Schedules are designed; cast and crew are hired; equipment is sourced; locations are chosen and other administrative functions such as insurance (typically for big projects) are taken care of. 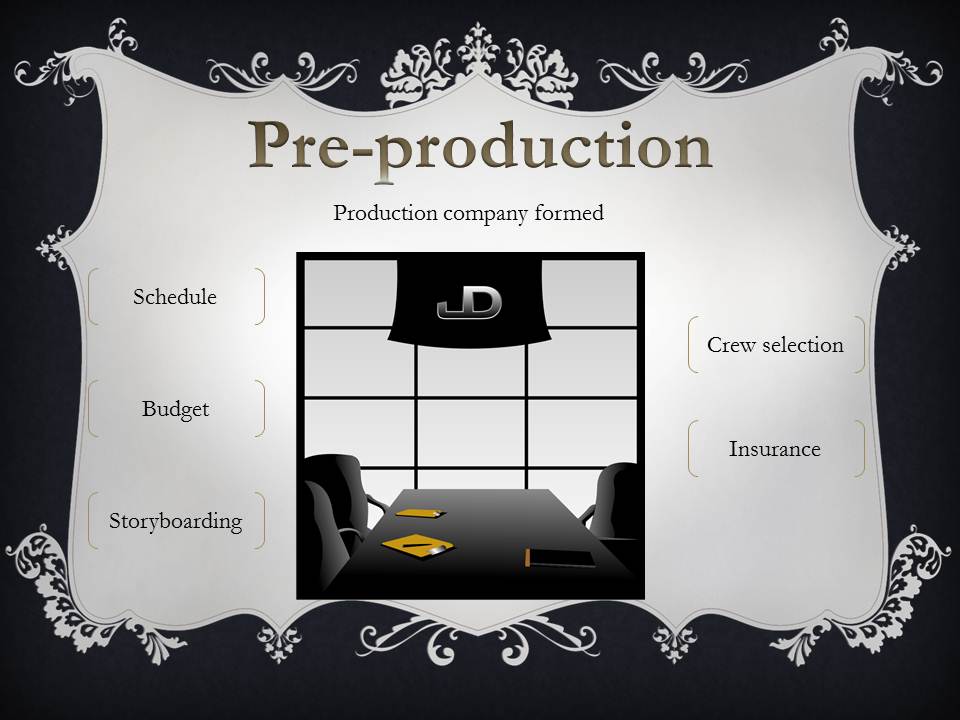 Tarantula now has to shoot the movie, scene by scene, with his amazing cast of spiders and lizards and other creatures. Oh, since you must be curious, the lead actor is the award winning spider Tearher Toothles, famous for its performances in Interwebber, the plot of which requires prior knowledge of arachnology and can’t be summarized here. This is the production stage.

The crew starts work at a much different time than the cast (crew generally refers to the non-actors involved in the shooting, whereas the cast is obviously the actors). Actors arrive before the kick off time for the shoot as per make make-up requirements. Shooting of a scene begins typically with blocking- defining the positions of the actors and the props (for instance, where is Toothless sleeping on the elaborate web set created to depict its home); followed by lighting, which is a fundamental aspect of every scene; followed by the first rehearsal which is the complete run through of the scene with dialogues; followed by tweaking wherein adjustments are made to the setup and/or dialogues as deemed necessary; followed by shooting (if the rehearsal is satisfactory) which is the first time that a print of the scene is created. This process is repeated for every scene. 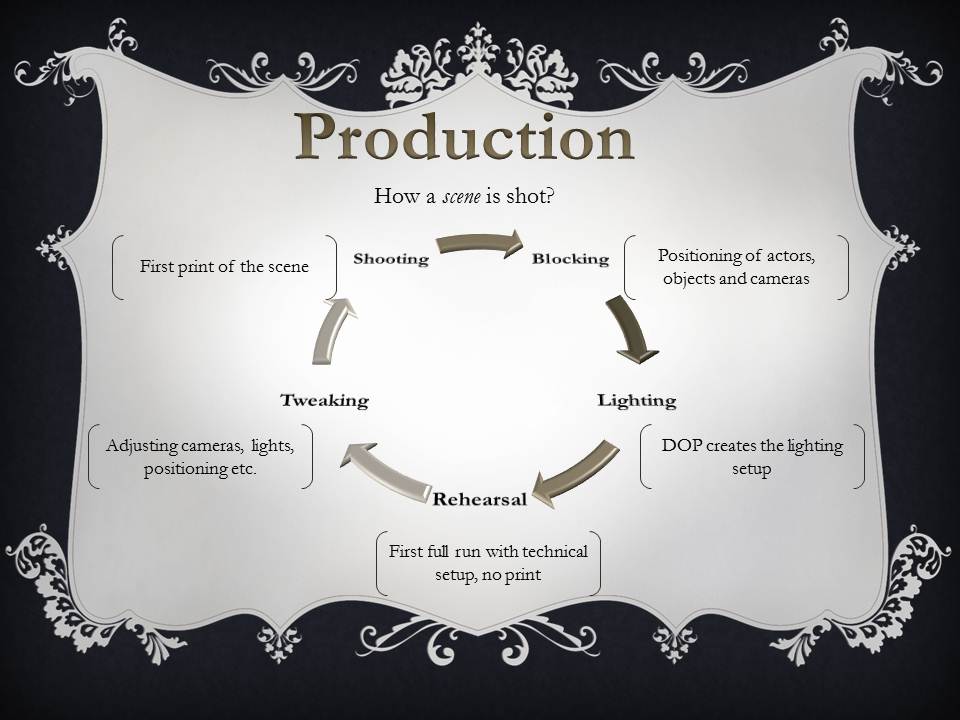 So, Quieter Tarantula has finished filming the movie. There are still, however, some changes that need to be made. Toothless’s dialogues are not quite audible because of all the scurrying in the background (inexperienced side actor spiders). Some scenes where Toothless becomes really engrossed in weaving his web after consumption of wannabis (with Shpongle playing in the background) are deemed to be too long. Further, one sequence (where Toothless’s colour perception becomes amazingly enhanced after his first dose of wannabis and he starts seeing multicoloured spider webs that resonate with the music in patterns like an equalizer visualization) needs CGI enhancement (duh again). Gulp Friction needs to go into post-production stage (in other words editing).

Editing in the early years of commercial movie making involved actual cutting and pasting of physical movie reels. That has changed significantly with the advent of digital equipment. Editing is a critical stage and influences every aspect of the movie-colour themes, sound, dialogue length and so on. It establishes the identity of the movie and can be considered as the second level of directing. The editor and the director work in close coordination for periods of time that might stretch longer than the actual shooting itself, which often results in the duo forming a strong bond and collaborating on future projects. 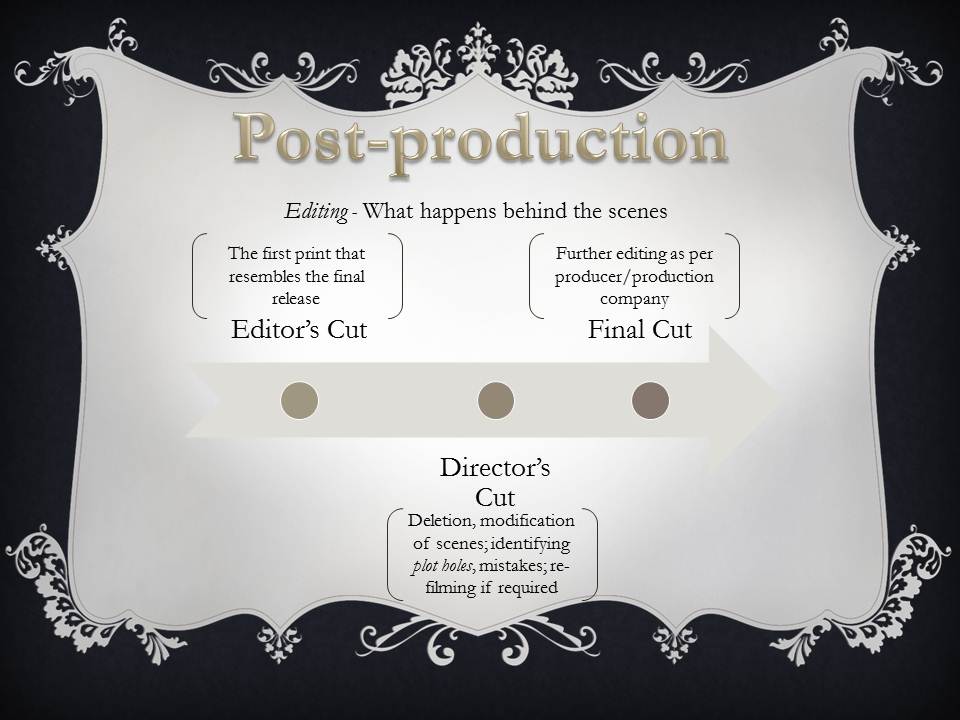 Gulp Friction is now the cinematic masterpiece that it was meant to be. The world needs to see this movie. So how does it reach the multiplex nearest to you? It is now time for the last stage of the process-distribution.

Distribution typically involves the official launch of the movie with a red carpet première, press releases/official screenings, screenings in film festivals and a whole gamut of promotional activities. The standard pattern of distribution was to begin with an exclusive release for cinemas for a certain period of time (known as the release window), after which it may be made available for home video and other channels. Today, distribution can occur in a number of ways-simultaneous launch across multiple channels or direct internet download and so on. 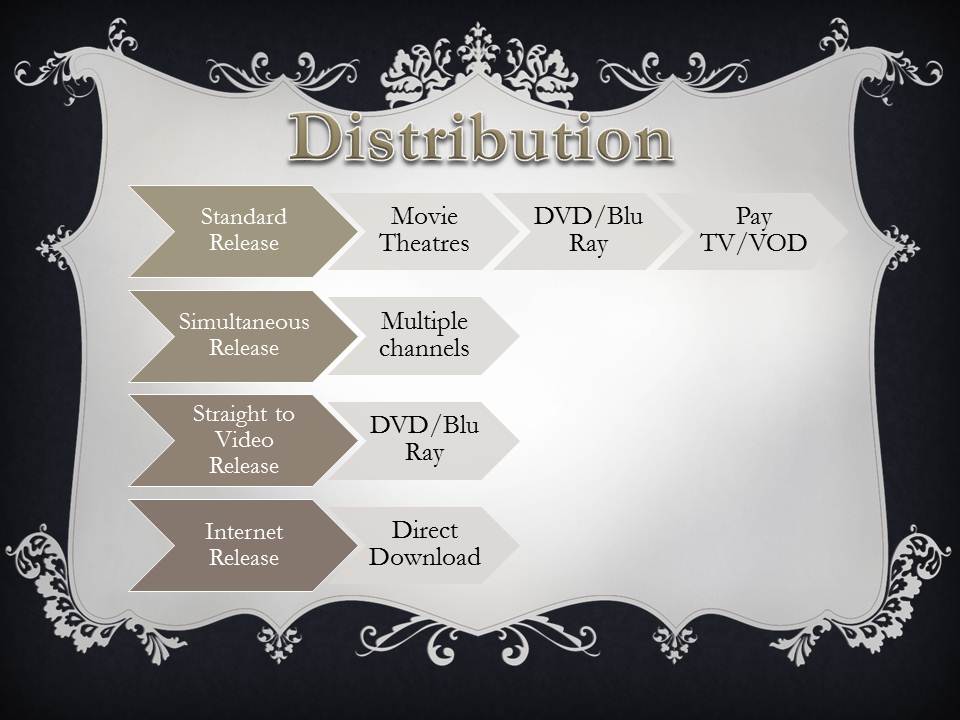 So this was how Gulp Friction went from being an  idea to an iconic piece of art. As mentioned earlier, this was a broad overview of what is an intricate, complex process which is adapted according to the requirements of the movie (and is therefore very subjective.) There will be a sequel to this post that will explore the different members of the crew and their roles and responsibilities. 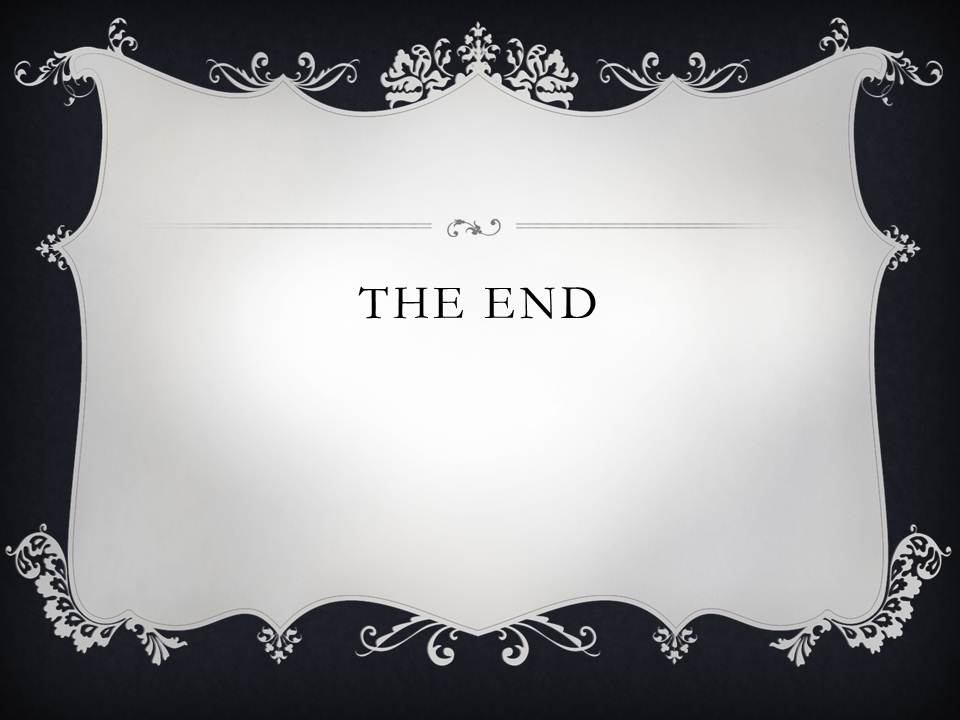 Aspiring artist. MBA. Erstwhile corporate cavalry. Live to eat. Nerd. Suburban Mumbaikar (pseudo Mumbaikar technically). After having been conditioned by society, it's time to be conditioned by the soul...
@MadhurOza
Previous Exploring World Cinema #1: Themroc
Next The Understated Brilliance of Hugo Weaving