The past has passed, but the memories always remain in human mind. These memories make us cry sometimes and also have that nostalgic tinge or hue that can make us laugh sometimes. Being an inseparable part of life, our childhood memories are beautiful and can be quite useful if we hold on to them and learn from them. Childhood plays a significant role in the growth and development of an individual. Now, even after I have turned 26 years old, I still miss my childhood and remember a lot of wonderful changes that occurred in me through those experiences of my lore. One of the main factors for those changes were the TV series that adorned my childhood. As a kid, I enjoyed the series of magic, mystery, adventures, and detectives, things that in today’s adult world would seem utterly nonsensical. But there are some unforgettable TV series which can take you to a different imaginative realm and initiate changes on a subliminal level, whether we knowingly feel them or not. It is a fact that as a child, we are like sponges and hence, TV series of those times acted as the refreshing water to clean away the dirt that we accumulated from our adult successors and their constant “conform to bland routine” suggestions. Here are some of the TV series that reminded me of a better, beautiful as they played with my innocent yet ever-learning mind: 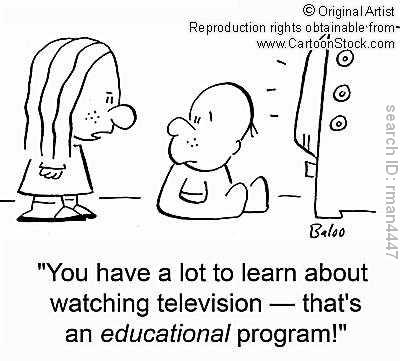 First one was “Swami and Friends” in the series called “Malgudi days” directed by Shankar Nag in 1986, based on the novel of the same name, which follows a young school boy’s formative years, his complex emotions, his fears, his day-to-day routines, his circle of friends and the care-free life he enjoys. The series also brings out the brilliance of R.K.Narayan and his immense love for his art. R.K. Narayan’s fictitious town Malgudi, cradled by the Sarayu River, has the Ultimate Indian essence that captures the adventures of Swami and his Friends! Since it was written before the commencement of Indian Independence, Narayan carefully manages to the weave the English influence on the characters, especially Master Manjunath, who played the role of Swami. The child protagonist breathes life into the character through his innocence and expressions, an element of acting which is certainly ahead of the years of the child. It made me relate to the moments of Swami’s life to my life and learn not only about the innocence of childhood as well as the bittersweet early days of adulthood but also about the social taboos and dogmas prevalent during that time to enable my growing conscience to judge “what is right and wrong?” Yes, that is much more education than what our education system offers.

“Captain Planet and the Planeteers” an American animated series which was an environmental awareness TV programme created by Ted Turner, Robert Larkin III, and Barbara Pyle, which broadcasted on TBS from September 15, 1990, to December 5, 1992. The series also had a sequel series, “The New Adventures of Captain Planet”, produced by Hanna-Barbera and Turner Program Services, which broadcasted from September 11, 1993, to May 11, 1996. The series is a form of edutainment and advocates environmentalism, where Captain Planet is a formidable and valiant hero. Once his work is done, Captain Planet returns to the planet, restoring the Planeteers’ powers. When he does this, Captain Planet reminds viewers of the message of the series with his catchphrase, “The Power Is Yours!” which is supposed to mean that all of us have the power to end the destruction of the planet if we work together as one rather than fighting each other as separate nations. Each and every episode of Captain Planet series was followed up with at least one “Planeteer Alert”, often connected to the plot, where environmental-political and socio-political issues are discussed, and the viewers are told how they can contribute and be a part of “the solution” rather than “the pollution”. This made me aware of some of the crucial environmental issues we are facing, the reasons for the same and the solutions in our hand which can practically help in saving nature from our wrath.

“Shaktimaan”, a series about a fictional Indian superhero, produced by Mukesh Khanna and directed by Dinkar Jani, aired on Doordarshan, India’s national television network, from 27 September 1997 (barring the introductory episode on 27 September 1997) to 27 March 2005, on Sundays at 12 noon IST. In this series, Shaktimaan is the defender of truth and justice as well as a role model for his television audience, even going so far as to lecture viewers on hygiene, patriotism and education (Yeah, he used to break the fourth wall before it was cool!). It was purely an entertainment programme, but after the end of every episode, there was a small segment, kind of like the Planeteers alert in Captain Planet, which was called ‘Choti Choti Magar Moti Baatein’ where Shaktimaan caught kids doing wrong things and then taught them life lessons. The kids always apologized to Shaktimaan by saying ‘Sorry Shaktimaan’, which later on became a famous meme.

Other than my parents, these TV series also played a major role in effective guidance and nurturing during my growth and maturity. Television can lead to either benefits or ill effects on children depending on how it’s used, as it is a very lethal double-edged sword. So maybe, at the end of the day, all we “sophisticated” adults need is to go back to some of our favorite TV series which we watched as a child.

Previous Character Analysis: The Dwarf Who Knew Too Much
Next 4 Life Lessons that Detective Conan Taught Me