To Build Connection in a Community, “Mind Your Language”!

Television has become a leading form of entertainment in today’s society. After dinner, after school or any free time, in general, is usually spent with the box for some relaxation. There are all kinds of TV programs nowadays, and it seems like there’s something for everyone, tailored programs for each preference. Everything from documentaries, the news and comedy programs, it’s truly hard to resist watching television. Television today has a lot of positive effects and influences on our society and our culture. Television gives us helpful information, various forms of education and entertainment, which are all a part of the positive effects that television has on our society. On a day to day basis, television keeps us informed with plenty of helpful information.

One such TV series, which has impacted my life in a very positive manner, is “Mind Your Language”. This is a very popular British television comedy series that premiered in 1977 and continued till 1986. The series is focused on culturally diverse adult learners in a language school in London, England. The series portrayed students with varying degrees of proficiency in English and played on the humor that arose when students misunderstood English words created their breed of linguistic chaos in a structured educational platform. 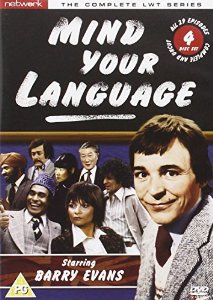 Although the series presented a stereotypical view of various nationalities and might have been considered offensiveness by some, it managed to show how cultural differences exist in everyday situations among the culturally diverse people and therefore, becomes important to be acknowledged and accepted. It confuses me to see that some folks consider this show as being racist; I think they might have got the wrong end of the stick. In fact, the exact opposite is the case; whilst it played to the British mindset of stereotypes, it actually served a different purpose. This show in no small way eased the discomfiture common to all people when dealing with different and often strange cultures and customs. It breached the walls of fear through the expedient of comedy; it coerced an emotional response in viewers because, for the majority of viewers, the day to day reality of dealing with a large influx of new immigrants was the very real language barrier and the frustrations that this language gap brought about were (are) profound as well. “Mind Your Language,” used this theme to illuminate problems and societal frustrations, by showing the efforts of the newcomers to the UK  to become accepted as “English.” Watching Sid teach Max and Giovanni cockney phrases is priceless; it underlines the entire theme of the show, that of a deep striving for acceptance.

The characters were all sympathetically styled as to engender endearment rather than distrust; it showed that all were equal and worthy of respect. Watch this show a few times, get to know the characters, and you will soon see the warmth and deep interpersonal attachments that develop regardless of race, creed, religion or color. All of the characters in this show were on equal footing, Jeremy Brown as the teacher may come across as being superior, but his position in this regard was eminently challenged by all the characters and their individual sense of worth. From the aloofness of Taro, through the haughtiness of Danielle, who can say that these characters were demeaned or portrayed in a “racist” manner? In fact, their own national, political prejudices are brought out time and again only to be set aside by the obvious familial love that is evident throughout the entire series. 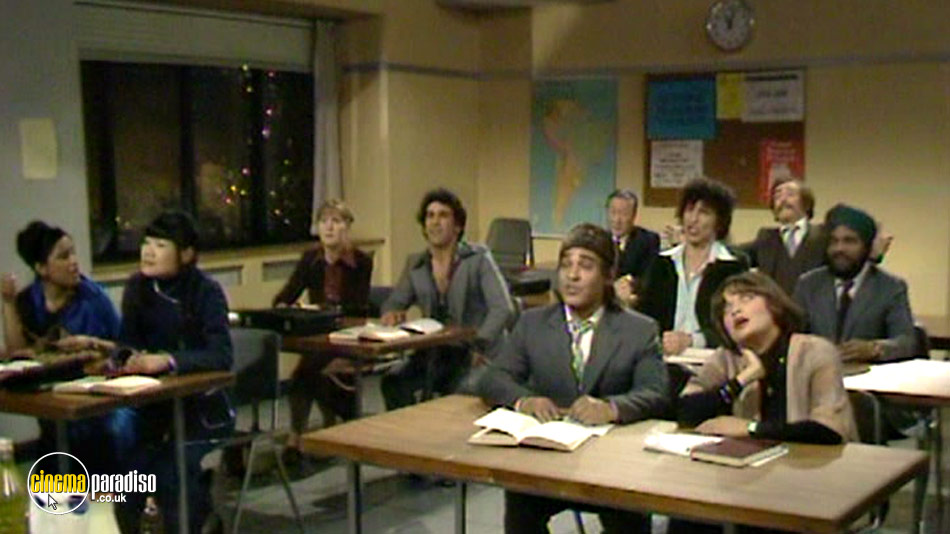 This show did more than make people laugh; it helped create an understanding and appreciation of those portrayed. It highlighted even the subtlest forms of racism amongst those that thought themselves non-racist and exposed it for what it is; which is rotten. It is a truly delightful and charm filled show with wonderful and likable characters. Every character is a larger than life stereotype, including all of the English roles. Miss Courtney, Sid (the cockney) and Jeremy Brown (the teacher), play their respective societal types in amplified form; they are stereotypes in the true sense. These elements, perhaps over the top on their own, succeed in reaching across the class spread of British society. 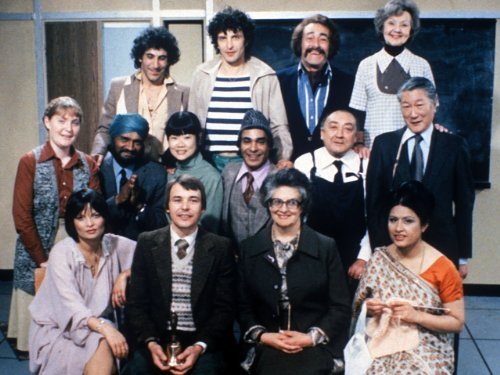 Above all, this show taught me ‘To Never Give Up’. Though all the students fail their examination in the first season, they come back and again learn with a set of new students. It also displays that the ‘Comfort Zone’ of one person is important to all, especially when the spirit of community or a family has to be fostered. All of the foreign students speak the wrong phrases of English but feel extremely comfortable speaking it however they know. This part also has another side which shows ‘Being Confident’, no matter right or wrong just be confident about what you are doing. These lessons, combined with the warm performances of the cast in total, produces a show of eminent quality and one worthy of watching many times.

Previous 4 Life Lessons that Detective Conan Taught Me
Next Are Cartoon Series Preparing Us for a Brave New World?