Kolkata has always maintained a reputation of a third dark horse contender in the eternal rivalry between Hyderabad and Lucknow for the acclamation as the city of biryanis in India. Although differing from both the Hyderabadi or Lucknowi versions, in terms of spice or heaviness the Kolkata biryani has its own light, juicy, flavoursome appeal .Key elements remain the potato (an indispensable part of biryani for some in Kolkata) and the saffron (zaffran) responsible for the beautiful aroma and the yellow colour.

Now theres a lot of household names in Kolkata churning out the best of biryanis- Arsalan, Shiraz, Rahmania, Aminia, Aliah or the newly opened Puran Dhaka. But amongst the big names resides a hidden gem tucked away in the bustling back alleys of the city on Chitpur Road. The name’s Royal Indian Hotel or Royal, as it is more fondly referred to. But their biryani comes minus the sacrosanct aloo or potato. Perhaps there’s a reason for that too.

The history of the Kolkata biryani can be traced  back to the advent of the last Nawab Wajad Ali Shah in the city. When the banished Nawab was sent to the Metiabruz locality of Kolkata by the British, he arrived with his platoon of 100 cooks. In that respect, it can be stated that the Kolkata biryani draws its roots from the Lucknowi style.  Red meat was the preferred ingredient used to add flavour to the rice as both shimmered together. But poor households who could not afford meat used potato instead and over time this became an integral part of the biryani in the city. The directors of the Royal Indian Hotel claim that ancestors of their first chef used to cook for the nawabs and the recipe was passed down generations. Armed with those recipes and tricks up his sleeves the first chef late Abdur Rahim Saab took charge of the kitchen as Royal opened shutters in 1905.

The delicate rice and the perfectly cooked soft meat, in addition to the flavours of yoghurt and light spices make up for the missing aloo and aanda (egg). The unique biryani has a delicacy that can only be experienced rather than explained. The famous chicken/mutton chaap can accompany the biryani or can even be taken with a roti. The chaap again is a gravy which is dense and filling but not heavily spiced up.

But there’s more to Royal than its popular biryani and chaap.  A legendary delicacy is the Nargisi Kofta. The reason it’s a stuff of legends is because it’s hard to get easily. Made only on Wednesdays due to the immense patience and effort required, the Nargisi Kofta is a one of a kind speciality. It’s basically an egg wrapped in a meatball made out of mutton and soaked in a medium-rich gravy.  The dish reminded me of its Kashmiri counterpart –Rishta. But the Nargisi Kofta has unique characters of its own. The soft and chewy mutton layers gives way towards the boiled egg inside while the presence of the gravy makes the whole dish quite succulent. It’s the thing to have with a roti/rice if one is looking for a hearty meal.

In terms of desert, the phirni might be very average but the Shahi Tukra is the thing to crave for. It’s actually a normal piece of bread soaked in sugar syrup and coated entirely in kheer and pista. A bite of this quickly reaffirms the royalty quotient of the place from bygone times, in the minds of the foodie. It is only served three days in a week due to the complex process involved in preparing it. The Shahi Tukra is not only a dish to cherish or an item to end a meal on a kingly note but also a memory to savour.

Royal has stood the test of time ever since it opened doors in 1905, maintaining a consistent and ancient flavour in its food and steady appeal to its clientele. Eminent personalities like Satyajit Ray, Gunter Grass and Dilip Kumar have always loved and praised the excellence and originality of Royal.

The very moment one walk through its doors leaving behind the cacophony of the bazaars outside, the food, the aroma and the ambience all come together to teleport the one for a culinary glimpse of the Nawabi tastes and times.

Previous The Eyes of Dissonance
Next Sanskrit, the Language of the Soul: An Overview 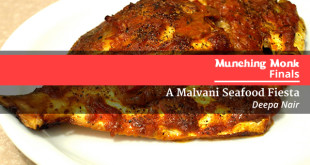 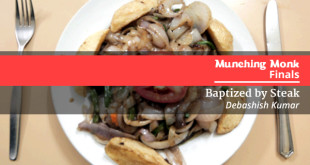 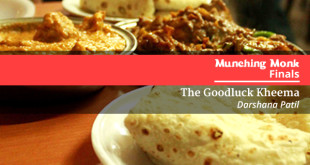